The Twitter board met Sunday morning to 'seriously' discuss Tesla boss's unsolicited $46.5 billion bid to buy the company, after he began lining up financing for his offer last week

By Lauren Hirsch and Mike Isaac 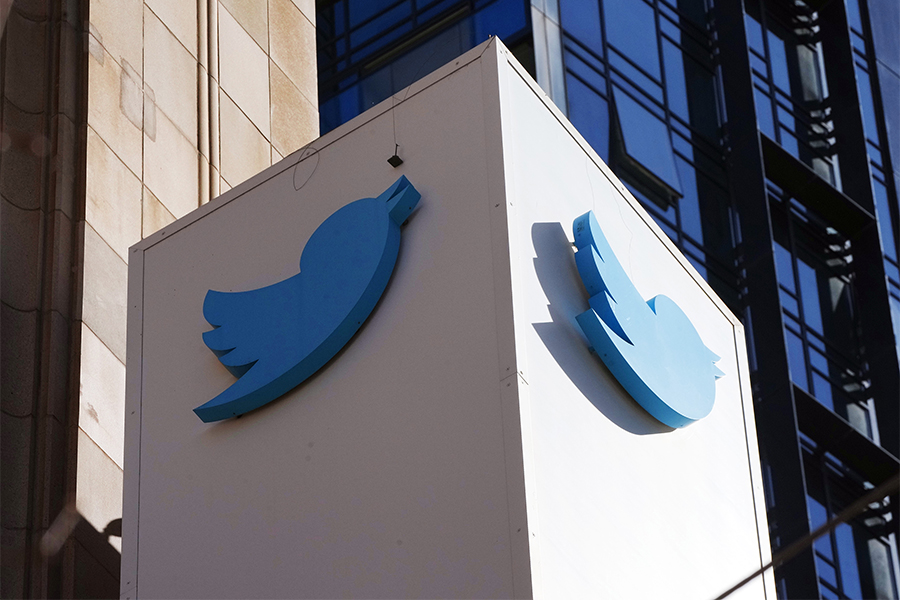 Any deal remains far from certain, but the willingness of Twitter’s board to engage with Musk, the world’s richest man, represents a step forward. Musk, who has more than 83 million followers on Twitter and began amassing shares in the company this year, declared his intent to buy the company April 14 and take it private. But his proposal was quickly dismissed by Wall Street because it was unclear if he could come up with the money to do the deal. Twitter also adopted a “poison pill,” a defensive maneuver that would prevent Musk from accumulating more of the company’s stock.
Musk updated his proposal last week, putting pressure on Twitter to more seriously consider his bid. In a securities filing that was made public Thursday, Musk detailed how he had put together financing from the investment bank Morgan Stanley and a group of other lenders, which were offering $13 billion in debt financing, plus another $12.5 billion in loans against his stock in Tesla, the electric carmaker that he runs. He was expected to add about $21 billion in equity financing.
Now what had appeared to be a highly improbable deal may be more probable. The situation involving Twitter and Musk remains fluid and fast-moving, the people with knowledge of the situation said.
A Twitter spokesperson declined to comment. In previous public statements, the company had said its board was “continuing to conduct a careful, comprehensive and deliberate review to determine the course of action in the best interest of the company and all Twitter stockholders.”
Musk did not respond to a request for comment. The Wall Street Journal earlier reported Twitter’s increased receptivity to Musk’s bid.
Wall Street was likely to view the openness of Twitter’s board to Musk’s bid as “the beginning of the end for Twitter as a public company with Musk likely now on a path to acquire the company unless a second bidder comes into the mix,” Dan Ives, an analyst at Wedbush Securities, wrote in a note Sunday.
Musk’s offer for Twitter is a 54% premium over the share price the day before he began investing in the company in late January. But Twitter’s shares traded higher than Musk’s bid for much of last year.
Several analysts have said they expected Twitter’s board to only accept a bid that valued it at a minimum of $60 a share. Twitter’s stock rose above $70 a share last year when the company announced goals to double its revenue, but it has since fallen to around $48 as investors have questioned its ability to meet those targets.
Musk, 50, has made clear that he sees many deficiencies in Twitter as a social media service. He has said that he wants to “transform” the company as a “platform for free speech around the globe” and that it requires vast improvements in its product and policies.
Musk has tried to negotiate with Twitter using the service itself, threatening in several tweets that he might take his bid directly to the company’s shareholders in what is called a “tender offer.” A tender offer is a hostile maneuver in which an outside party circumvents a company’s board by asking shareholders to sell their shares directly to them.
He has also acted erratically on the platform, raising concerns over how he might manage the service should he be in charge of it. On Saturday, Musk took aim at billionaire Bill Gates because Gates had taken a “short” position on the stock of Tesla, which meant that Gates was betting the carmaker’s shares would fall. On Sunday, Musk tweeted that he was “moving on” from making fun of Gates.
Even so, Musk maintains amicable ties with some high-ranking members of Twitter. Over the weekend, Musk traded friendly tweets with Jack Dorsey, company co-founder and a board member. Dorsey stepped down as Twitter’s CEO in November and soon will be leaving its board.
Both men share similar views on cryptocurrencies and on promoting more free speech online. When Musk briefly flirted with joining Twitter’s board this month, Dorsey tweeted, “I’m really happy Elon is joining the Twitter board! He cares deeply about our world and Twitter’s role in it.”
On Friday, Block, a financial services company led by Dorsey, disclosed he had changed his title at the firm from CEO to “Block Head.” That shift appeared to resonate with Musk.
“Your new title at Block is fire,” Musk tweeted at Dorsey on Saturday, using two flame emoji to signify his approval. Last year, Musk had changed his title at Tesla from CEO to technoking.
This article originally appeared in The New York Times.