What happens next in Elon Musk's bid for Twitter 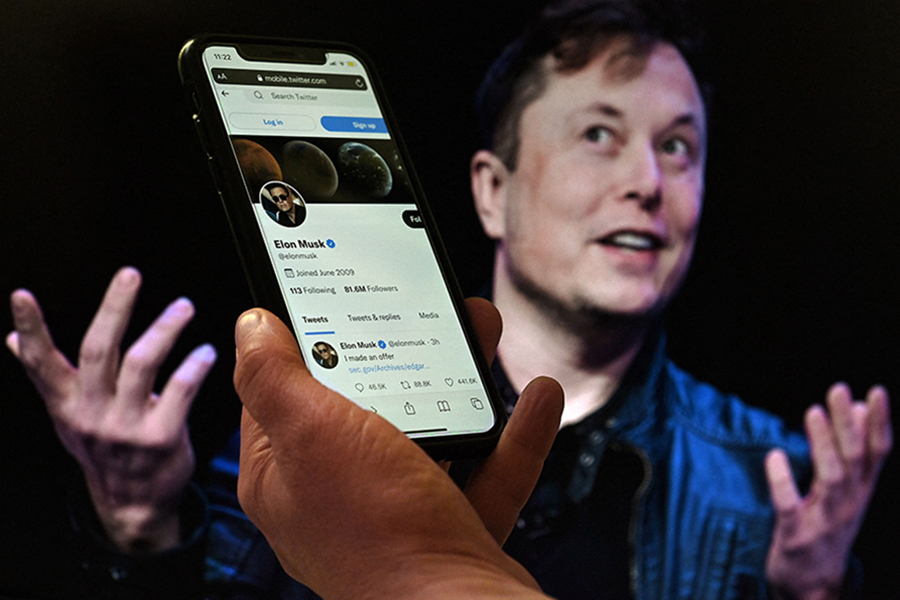 Twitter’s board put in place a poison pill provision in an effort to block Elon Musk, who wants to buy the social media platform
Image: Olivier Douliery / AFP

Over the holiday weekend, Twitter’s board put in place a poison pill provision in an effort to block Elon Musk, who wants to buy the social media platform. The maneuver, which would make it more difficult and expensive for Musk to acquire shares without the approval of the board, will give Twitter’s management time to assess the offer and potentially invite other buyers via a sale process.

At least one private equity firm, Thoma Bravo, is interested, although it’s unclear whether that will result in a formal offer. There are also other actions Musk can take to outmaneuver Twitter’s reluctant board. Twitter’s stock was up more than 2% premarket before the first trading session since the poison pill was announced.

In the meantime, The New York Times' DealBook newsletter discussed some of the major questions that remain about Musk’s pursuit of Twitter:

Will Musk go hostile?
He appears to be threatening it; at least, that’s what his tweet quoting Elvis Presley’s “Love Me Tender” seems to imply. In a tender offer, also known as a hostile bid, Musk would go directly to shareholders, asking them to “tender” their shares at a given price (his offer is $54.20 a share, for now). This would require him to file a form with the Securities and Exchange Commission that, among other things, provides details about the financing behind his bid. That’s important, because questions remain about how Musk would get the cash to pay for a Twitter deal.

Remember that Musk is still dealing with the legal fallout over the claims he made about funding for his failed bid to take Tesla private in 2018.

Could a hostile bid override Twitter’s poison pill?
No, but it could put pressure on Twitter’s board to remove the defense, if enough shareholders support Musk’s bid. In 2012, for example, CVR Energy removed a poison pill it had put in place to thwart activist investor Carl Icahn after his tender offer earned widespread support.

Twitter’s stock rose above $70 per share when it announced those targets last year but has since fallen to around $45, as investors questioned the company’s ability to meet its goals and fend off competition from other social media sites. Management remains confident: “Our strategy and our goals for 2023 that we shared about a year ago are not changing,” Parag Agrawal, Twitter’s CEO, said in February.

What is an “uncensored” Twitter worth?
That’s even harder to say. Musk has suggested that he would promote more “free speech” on the platform, but Twitter insiders point to stalled user growth in 2016, before the company tightened up content moderation, as a warning.

“They’ve gotten users to grow meaningfully over the last few years,” Rich Greenfield, a media industry analyst at LightShed Partners. “To make the platform chaos, I think, is going to make users go in the wrong direction.”

Will other buyers step in?
Maybe. Antitrust concerns would probably make it hard for many corporate buyers, especially in the tech industry. It’s a sizable check for private equity, far surpassing last year’s $30 billion take-private of Medline, the largest leveraged buyout in more than a decade. Twitter’s limited free cash flow also makes it less attractive to finance with a lot of debt.