World Earth Day: 3 approaches to better invest in our planet

Businesses are susceptible to any change in the external environment as they directly affect human and capital resources. It is time they started looking at climate change as an opportunity rather than a problem 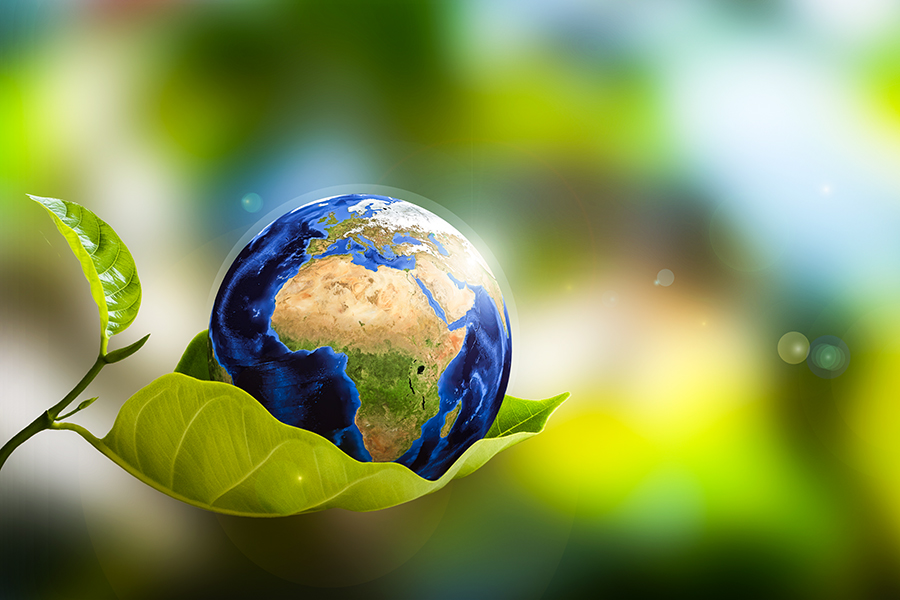 This year’s theme of World Earth Day is to invest in our planet. Our planet is in a deep crisis. The sixth assessment report of IPCC has flagged code red for humanity. We are at a juncture in history where global warming is leading to many climate change-induced catastrophic events around the world—be it floods, droughts or heatwaves.

The science is clear—all these changes are human-induced and unprecedented in history. Some of the key findings of the IPCC report include the affirmation of global warming, heatwaves, and glacial retreats. Each of these has an impact on India. Every additional half-degree of warming causes increases in the intensity and frequency of hot extremes, heavy precipitation, and drought in some regions. India’s 54 percent of the landmass is arid and semi-arid, which is being directly impacted by these changes. Himalayan glaciers, the lifeline for major north Indian rivers, are retreating very fast.

In this article, I highlight the key climate concerns flagged by the recent IPCC reports, which set the scene for urgency. I then highlight what could be done to save the planet from rapidly changing climatic conditions impacting lives and livelihoods.

The problem is that report after report, IPCC scientists are bringing the issue to the table that should be leading to significant action to combat climate change. Instead, what we see is that the countries are not coming together to save our planet earth. Climate change is a global phenomenon, but it has a localised impact. Closer home, some of the significant impacts of climate change are in melting of Himalayan glaciers—the lifeline for about 2 billion people living in Asia. The Himalayan rivers provide baseflow for 10 major river basins that feed Asian regions. Swiftly changing climatic conditions in the high Himalayas due to elevation-dependent warming are leading to the retreat of glaciers which are the reserve of fresh water in the form of ice.

IPCC report flags that the sea level extremes that previously occurred once in 100 years could happen every year by the end of the century, impacting many parts of the world. Due to global warming, the oceans have warmed up to about 0.8 degrees Celsius from the pre-industrial age. Our oceans are warmer, less productive and aggressively feeding an active water cycle leading to a rise in the frequency and severity of cyclones. India has 7500 km of coastline, and many important megacities are on the coast, at a much greater risk.

The IPCC report shows that the wet-bulb globe temperature (WBGT)— a measure of heat stress using the heat-humidity index—is likely to approach critical health thresholds in South Asia under the RCP 4.5 scenario. Occurrence of extreme heat waves very likely increases in Asia. Scientists show, with high confidence, the projections of severe heat stress conditions in the future in South Asia. High-resolution climate change simulations suggest that deadly heat waves projected in some of our densely populated agricultural regions of South Asia, such as the Ganges and Indus River basins, are likely to exceed the critical threshold of the wet-bulb temperature of 35 °C under the business-as-usual scenario of future greenhouse gas emissions

What could be done?

One of the major projections of this report is that heatwaves are going to rise in central and western India. Both, urban and rural areas need to adapt to this. Increasing air conditioning systems will contribute to higher greenhouse gas emissions. We must look at our own ancient systems that were used for cooling— passive cooling technology, which was used in the Rajput and Mughal architecture. These options are needed to be taken into account to improve our modern living with imprints from our past.

Investing in green and blue infrastructure

So, the impacts of sea-level rise, storm surges, cyclones and rising sea surface temperatures are all high-risk factors for the people and adaptation is the primary solution. One of the ways we can adapt to the changing climatic condition is to invest in green and blue infrastructure. This means that we must protect and plant more trees as well as save water bodies. Tree cover helps in both adaptation and mitigation as they not only sink the carbon produced but also provide essential livelihood opportunities for millions of forest dwellers. Water bodies are another area that helps with adapting as they recharge groundwater which can be accessed if we face drought conditions. Protecting and enhancing them would lead to a better future for our planet.

Business opportunities for investing in the future of our planet

At the COP26 summit in Glasgow, Prime Minister Narendra Modi announced that India will achieve net-zero carbon emissions by 2070. India committed to having an equilibrium between the emission and the mitigation efforts making our carbon footprints zero. India’s economy is growing at a faster rate, with its GDP now reaching $ 2.7 trillion—the 7th largest in the world—slightly less than the GDP of the UK and France. The growing economy means more consumption and emission. India intends to become a $10 trillion economy by 2030. In this scenario, balancing the economic growth with environmental change to achieve net-zero by 2070 will have some challenges.

However, it is also an opportunity to follow a path of low carbon development where businesses can benefit.

First, the power, energy and transport sectors need to decarbonise. Worldwide transport accounts for 23 percent of CO₂ emissions—second after the energy sector—and that share is set to almost double to 40 percent by 2035. 90 percent of cars could be removed from cities if private vehicles were replaced by shared vehicles combined with high-capacity public transport. In India, 90 percent of GHG emissions are from these sectors. Therefore, decarbonising power, energy and transport should be the first priority to which businesses can contribute.

Second, the world is moving slowly towards electric vehicles transport. We must move from individual transport—largely prevalent in India—to the public transport system. Mass transport, especially in class C cities, is the need of the hour where businesses can help. The second aspect is to work on energy-efficient buildings. There could be design innovations in the construction sector that can help not only reduce the cost of air conditioning but also reduce the cost of construction.

Third, businesses can help in the green skill development process where there is a huge need for training and capacity buildings of general people, bureaucrats, corporates, and politicians. This could also be a business opportunity for people working in the education sector.

In sum, businesses are susceptible to any change in the external environment as they directly affect human and capital resources. Climate change led to extreme events to slow down the economy, affecting businesses directly and indirectly. Businesses must adapt to these changes by using climate change as an opportunity rather than a problem. This would help them create a balance between the triple bottom line—people, profit, and planet—by being part of the solution.

Dr Anjal Prakash is the Research Director and Adjunct Associate Professor at Bharti Institute of Public Policy, Indian School of Business. He was the lead author of the recent IPCC reports.

Tweets by @forbesindia
Startup Fridays Season 2, Episode 8: We like to engage founders right from their -1 to 0 stage — Rajiv Srivatsa
From a Picasso to a 56.87-carat emerald necklace: Biggest auction sales of 2021