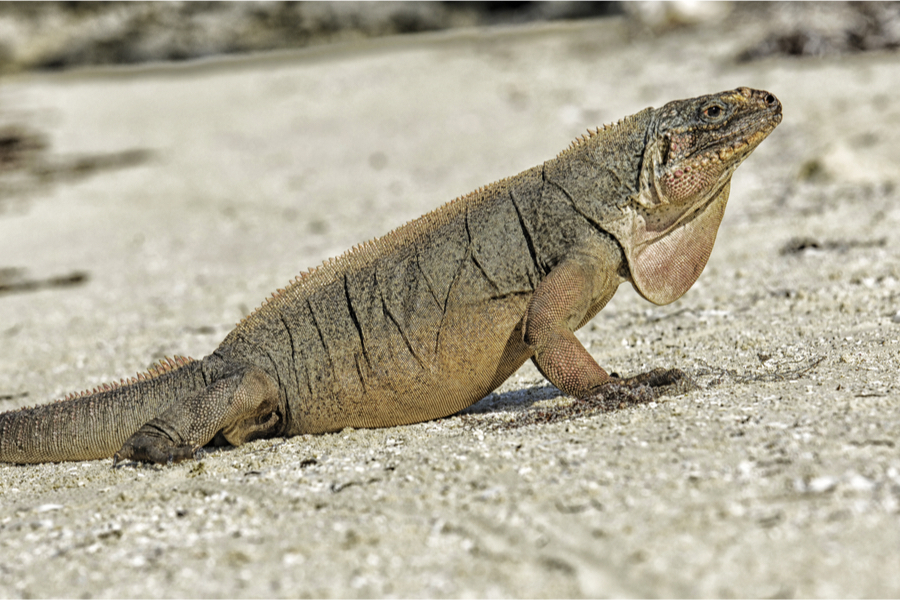 A rock iguana from the remote islands in the Bahamas. (Credit: Shutterstock)

Paris, France: Ecotourists feeding grapes to rock iguanas on remote islands in the Bahamas have given them a sweet tooth and high blood sugar, researchers said Thursday, warning of unknown effects on the health of the vulnerable reptiles.
Northern Bahamian rock iguanas living on the Exuma Islands are so hooked on the tasty tourist treats that they rush to the beaches when they hear boats approaching.
"For a tour operator it was a wonderful way to ensure that you would be able to see these animals and people would have these close and personal interactions," said Charles Knapp, of the John G Shedd Aquarium in the United States.
Conservationists had already started to become concerned that the non-native fruit, delivered to the iguanas on the end of skewers, was making the large lizards less wary of humans and potentially vulnerable to smugglers for the pet trade.

But those closely involved with the creatures began to suspect the diets were causing even more of an upset. The clue was in their poo.
A Northern Bahamian rock iguana which consumes the leaves and fruiting plants that nature intended has faeces that scientist Susannah French, of Utah State University, likens to a "Cuban cigar — a bunch of rolled up leaves".
The excretions of those that had developed a taste for the tourists' grapes are a watery mess.
That prompted researchers to look into the impacts of these sugar-packed diets on the iguanas' bodies.
Their study, published in the Journal of Experimental Biology, first looked in the lab at the effects of a high glucose diet on common green iguanas.
"We were able to then basically deliver glucose over time to mimic the sort of intake these iguanas in the field were getting," French told AFP. They found that these animals struggled to regulate their blood glucose levels.

Next researchers travelled to the Bahamas and captured a total of 48 iguanas on four islands, half from populations frequented by tourists and the other half from more sheltered and remote outcrops.
Each iguana was fed a glucose drink and researchers then monitored their blood sugar for almost a day.
They found that those on the islands visited by tourists had the highest glucose peaks, with some remaining high for hours, while those iguanas that never saw humans saw levels rise at a slower rate and return to normal more quickly.
While the researchers concluded that the sugary feeding regime affects iguanas physically, they do not yet know how it might impact their health.
"In other species, this would be a pathology. We would say yes this is diabetes if it was mice or humans," said French, who said that further research would investigate a range of potential health effects, from impacts on immunity to reproduction.
Researchers are also looking at how losing their appetite for their normal grazing of local plants might affect the wider environment on the islands.
The iguanas are by no means the only species affected by well-meaning tourists packing inappropriate snacks.
In 2018 researchers found green turtles fed by tourists in the Canary Islands had markers in the blood linked to high consumption of proteins and fat.
Knapp said conservationists acknowledge the importance of tourism for the Bahamas and said tour operators had shown willingness to evolve their tactics — switching from bread to grapes — to avoid harming the iguanas.
But there has been a recent proliferation of smaller boat operations, he said, making it harder to make sure people were acting ethically.
"We do not want to try to mandate a complete stoppage, we're just trying to provide the information that they can then use to help develop a plan that perhaps is more sustainable," he added.
By Kelly MACNAMARA
© Agence France-Presse

Tweets by @forbesindia
Photo of the day: Earth Day 2022
Return to Office: Will women continue to pay a price for flexibility? 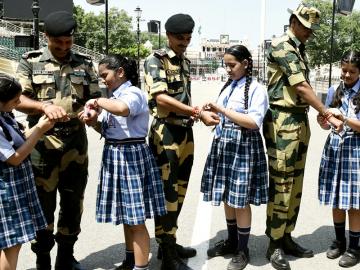