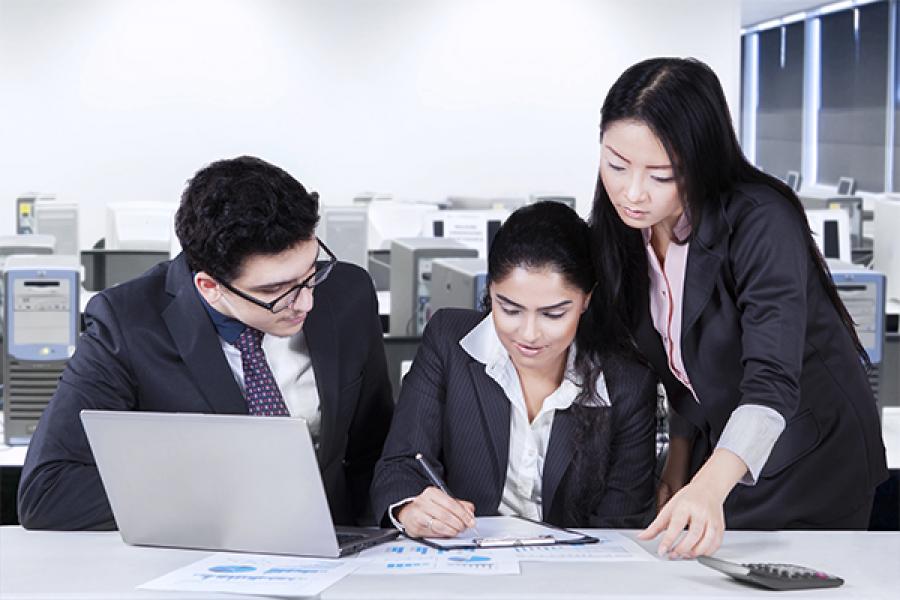 Ever heard of smarter cities and homes enabled by the Internet of Things (IoT) where gadgets can communicate with each other, and are aware of user preferences and their behavior? Did you know that today, cognitive computers are actively assisting oncology research practitioners to make more informed treatment decisions? How about the famous Robocop challenge where a team of soccer-enthusiast robots have challenged the human team for the 2050 Soccer World Cup? Everywhere around us, technology is changing lives and creating an impact. The question is, where are all the women technologists in this digital transformation? Is there a fair representation of women in this era of computing?

Several sources of data have acknowledged that the number of women in computer science has shrunk since 1985 and the numbers are still depreciating. The reasons for this dip in women technologists seems to be driven by many factors, including the perception of the “male computer geek” - geeks who spend endless long hours with their computers and do not have a ‘life’. For those of us in technology, we know that nothing could be farther from the truth. Not only can computer science be a lot of fun, it is also one of the most rewarding career choices today. Isn’t it time to break the myth and change the perception of computer science into an equal-opportunity profession?

Interestingly, women have played quite a crucial role in the evolution of computing. Ada Lovelace was the first computer programmer and she was a woman. Grace Murray Hopper was the first person to create a compiler. In India, science and technology has always been an integral part of our culture. Did you know when it comes to women taking up computer science or engineering as their graduate majors, India’s numbers are one of the highest (40 percent)? However, the number of women pursuing higher degrees or continuing in the scientific research in the workforce remains low. How do we bring about a fundamental change in these numbers?

Role models and what motivates women: Creating more role models could be a viable way. Among some recent role models, Frances Allen is one of the firsts to come to mind. She was the first female IBM Fellow, and in 2006, became the first woman to win the Turing Award. The interesting story is that she chose a technology career to pay off her debts. In the Indian context, the success of MOM (ISRO's Mars Orbiter Insertion) brought India in the limelight. And along with it, many of us recall the heart-warming visual of a team of women scientists, with flowers in their hair, celebrating the success of the mission.

Research has shown that women and men are motivated differently by scientific career choices. Women need to see that their chosen profession can help connect with one's community and make a difference to social problems like pollution and health care. What better time to motivate them than now?

Science in India--today
Equal opportunities for women are opening up everywhere and we are supported by the Indian government and various science and technology bodies which are playing a pivotal role in initiatives like Digital India and National Skilling. There are enough studies to show that science can benefit from more women participation. If we work harder at consciously deprecating the gender-bias, create enough role models for women, instill confidence and the passion in them to be part of this digital transformation, then, the number of success stories to narrate will also increase.

5,978
Thank you for your comment, we value your opinion and the time you took to write to us!

Tweets by @forbesindia
Prev
Why GSLV-D6’s success is significant for India and ISRO
Next
Cognitive Computing: Redefining customer experience