IoT and Blockchain: A disruption or a transformation?

A lot about Blockchain is yet to be explored and evaluated, especially in the context of IoT 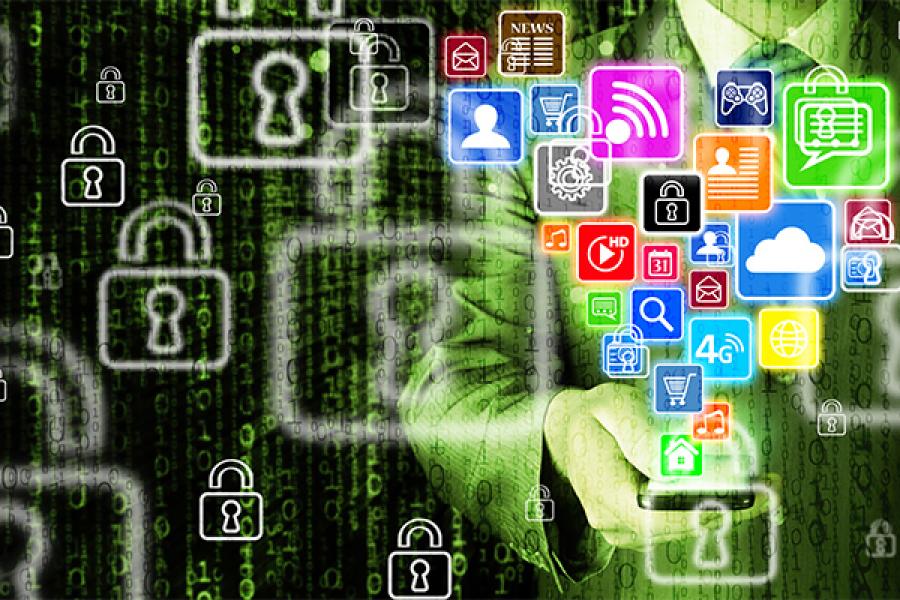 With Blockchain, we are talking about a peer to peer distributed framework, where devices have pre-agreed contracts between each other and everyone knows everyone else’s terms and conditions of operation. (Photo: Shutterstock)

I have come across the term Blockchain more than a hundred times in the context of Internet Of Things (IoT) in the last one year. When someone tells how great an innovation Blockchain is, people half-heartedly nod their heads with a tell-me-more expression on their faces. Still, I can tell that this is one area where things are moving unprecedently fast in terms of its demystification, adoption and relevance to the ever-expanding IoT.

Up until early last year, Blockchain, invented by the unseen Satoshi Nakamoto, was used primarily in the context of bitcoin. While the financial experts were still grappling with bitcoin’s challenges as a cyber currency, it was realised that more than the bitcoin, it was Blockchain that was a much bigger invention. Blockchain’s capability of enabling tamper-resistant transactions without the need for a centralised governing body gives control to the real value creators – the originator or participants of a transaction. c

This is really important for an economically and morally free society that the people who are creating value get to manage the way this value is expensed; where I as a transactor (of money or my personal information on the social network) am free to share my content without worrying about who will own this content and how the same will be consumed. On top of it, since I, the transactor, own my content, I am the one who makes the maximum returns out of its value.

Now apply the same logic to ‘things’ in an IoT economy. Why should one platform or one powerful body control how the devices interact with each other? This idea is beautifully explained in the study report on ‘Device Democracy’ last year that forces you to think about why as a consumer would I want to share my data unless it makes my life better directly. Why would I want to connect my toaster to the vast IoT unless it helps me get a better toast!

So that brings us to how Blockchain can help answer some of these valid concerns. With Blockchain, we are talking about a peer-to-peer distributed framework, where devices have pre-agreed contracts between each other and everyone knows everyone else’s terms and conditions of operation. Now when two devices transact data with each other, each one of them keeps writing to a Private Blockchain, which is then synchronised with the Global Blockchain (the universal ledger/data store of device information).

It helps maintain ‘privacy of data’ as devices have full authority on what they want to share. They share only as much information as is necessary to make that transaction happen; so the system is spared of intrusive analytics and unwanted advertising. There is a clear definition of ‘boundaries of ownership’ as then we exactly know who did what in an end to end operation. Let’s take an example of a trade chain where goods are shipped from a factory to the depot and then to a retail store and the trade has some pre-defined contractual agreements such as goods will not be accepted if the package temperature is more than 0 degrees. In such a trade lane, there are several stakeholders – the factory, the carriers, the depot and the retail store. With Blockchain, the package parameters can be written to a local Blockchain at each stakeholder level which can then be reconciled and made available to everyone in the universal Blockchain. This helps in identifying as to who did not meet the SLAs and should be penalized.

With Blockchain, the ‘cost of device connectivity’ should go down as it eliminates the need of having a centralised system, hence lowering the subscription fees. Another direct benefit is the reduction of overall ‘Device Management Complexity’ as manufacturers can manage the device registration, firmware and OS updates within their own private networks. With this technology, the devices can be registered by a manufacturer to a Universal Blockchain, right after their manufacturing is complete. Once sold, they can be registered to a regional Blockchain. Post that, any data transactions happening with this device can be managed by the regional node and can be linked to the global Blockchain through peer-to-peer network. Imagine it when there will be billions of washing machines or microwave ovens or TVs to be managed over a lifetime of 10-15 years. That too, across organisational boundaries or when network access is not there.

Finally ‘consumer experience’, which is probably the most crucial one, and this goes back to the toaster analogy in the context of ‘Device Democracy’. It asks why the consumer would want to connect her toaster to the internet, unless it helps her get a better toast and at least can find out by itself how much heat is needed based on the type and temperature of the bread, weather, consumer’s liking or patterns of heating in the past.

All that being said, a lot about Blockchain is yet to be explored and evaluated, especially in the context of IoT. The security and foolproof-ness of Blockchain is still being evaluated. With device data being decentralised, it also opens it up to thefts, hacking and ultimately may lead to an unstable Device Blockchain. In 2011 alone, 26M worth of bitcoins were lost due to several such reasons. These threats may perhaps lead to new disruptive business models – say for the Insurers who will then offer services to protect the Device data. But one thing is confirmed, like “no one owns the internet”, “no one is going to own IoT”. What do you think?

10,284
Thank you for your comment, we value your opinion and the time you took to write to us!