New Year 2021: How the post-Covid-19 world will have altered indefinitely

We're seeing light at the end of the tunnel, but vaccine distribution will be a long, arduous process. Meanwhile, our post-Covid world may have changed forever 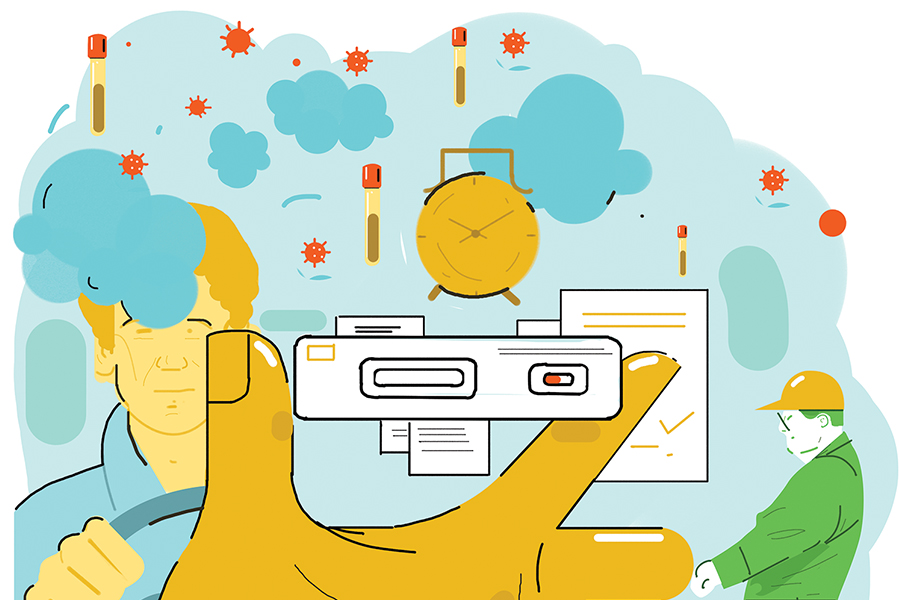 Antibodies on your CV V-for-vaccine might topple v-for-virus eventually, but let’s face it—it will be a long, long time before every Indian can get the shot. Adar Poonawalla, CEO of Serum Institute of India, the world’s largest vaccine manufacturer in terms of number of doses, estimates that it could be 2024 until all of India is immunised against Covid-19. In fact, Bill Gates, citing health care forecasts, predicts that the next four to six months might be the worst yet of the pandemic. Meanwhile, the jury’s still out on whether natural immunity is more powerful against the Sars-Cov-2 virus than vaccination. Natural immunity occurs when a person has recovered from Covid-19, symptomatic or not, and their bodies have begun to produce antibodies against the virus. Already, CVs are cropping up for blue collar jobs such as drivers and delivery personnel with the ‘antibody positive’ badge—which means low liability and low risk for the company. As studies make it clearer how long these antibodies will last (latest research says they could be around for decades), this stamp of survival may give you that (mildly dystopian) edge for employment.   Bye bye handshakes 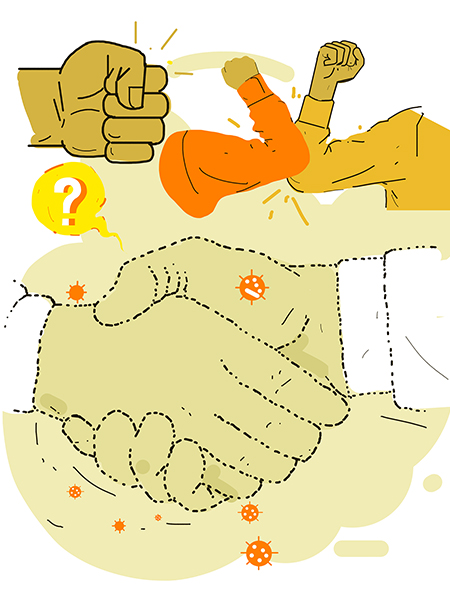 Once that business deal is signed, time to seal it with a namaste. Or a fist or an elbow bump, what have you. But handshakes may have to stay out of board rooms in the foreseeable future, at least till the vaccine is widely deployed and herd immunity gradually kills the pandemic. Britain’s Prince Charles folded his hands way back in March, so did French President Emmanuel Macron and outgoing US President Donald Trump. Anthony Fauci, the US’s leading infectious diseases expert, had said in April, “I don’t think we should ever shake hands ever again.” Once live sports resumed with the Bundesliga in Germany, fist and elbow bumps made their way into households, even as international media ran headlines on whether Covid-19 will slay a custom that’s been entrenched in Western societies for centuries. Whether the handshake will ever return is a question that’s still being debated, but as long as physical distancing is mandated to keep the virus at bay, you can wave it goodbye.   Face ID gets a facelift 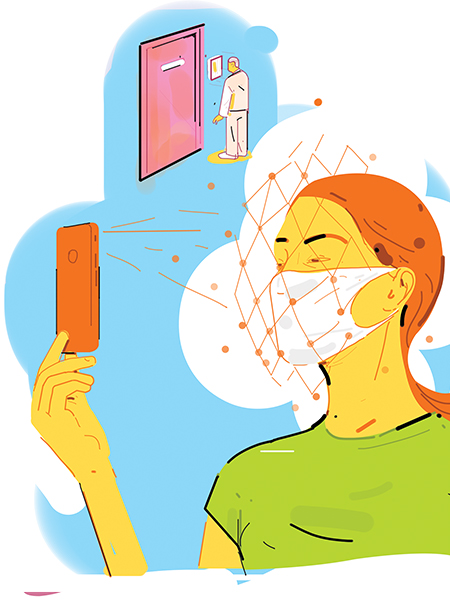 Thanks to that mask, your phone no longer knows who you are and won’t unlock. Before the pandemic set in, facial recognition would use a set of unique biometric data embedded in physical features to identify a person. Much of that data is now hidden behind the mask. Even as vaccines are being rolled out, and British health secretary Matt Hancock promised a normal summer of 2021 on the day Margaret Keenan, 90, became the first human to receive a Covid vaccine outside trials, experts have advised a much longer run for the face mask on fears of asymptomatic transmission. Which means the conversation around evolved face recognition algorithms will now be fast-tracked to train technology to work with limited information and focus on the areas around the eyes. In an interview to CNN, Shaun Moore, CEO of Trueface, whose facial recognition technology is used by the US Air Force to authenticate people entering bases, says: “If the [facial recognition] companies aren’t looking at this… I don’t foresee them being around much longer.” Watch this space.     Domestic droids 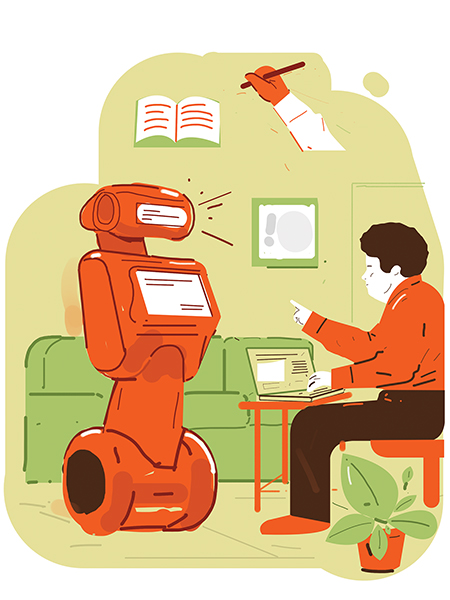 Satyajit Ray had written a short story on him decades ago and filmmaker Sujoy Ghosh had brought it alive on screen in 2017. But neither would have imagined the need for an Anukul, the humanoid protagonist of the eponymous story, till the domestic help had to be sent away on paid leave. As work from home conspired with work at home, the tremors of the pandemic hit cocooned Indian households. Artificial intelligence and sensory mechanisms have already unleashed a revolution in smart household technology that can follow voice commands and perform basic functions—locking doors, switching off lights or playing music, for example. Will 2020 help push the envelope in devising a robotic house help that will do the dishes, dust the bookshelf and knead the dough as you flop on that sofa and browse Instagram? Maybe it’s a flight of fancy, but we’re keeping our fingers crossed.     Isolation cabins 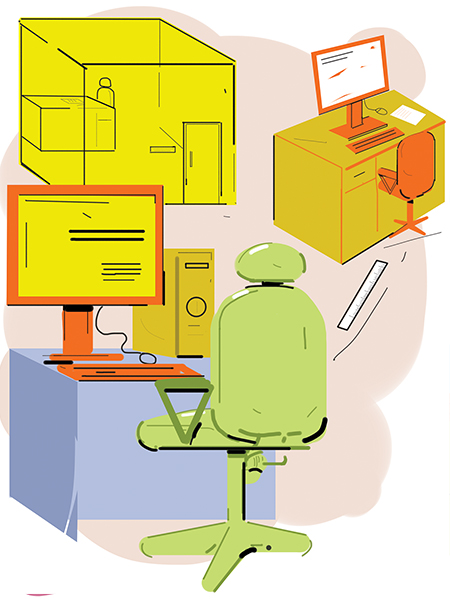 Move over cabin fever, it’s time to explore fever cabins. Will offices of the future eke out an isolation room for a sudden onset of illness? Oft-ignored before, now there’s no telling if an itchy throat or a mild temperature is a symptom of Covid. An isolation cabin will serve as a key step in breaking the chain for the highly contagious disease, and office spaces will need to be reimagined to accommodate the new normal. At many of its international offices, for instance, global commercial real estate firm Cushman & Wakefield has launched the ‘6 Feet Office’ project that professes, among other things, workstations set six feet apart, clockwise movement on the campus and designated isolation rooms for those feeling sick. It could very well serve as a template for Indian offices, once their staff start to return in the post-pandemic era.       Drone deliveries 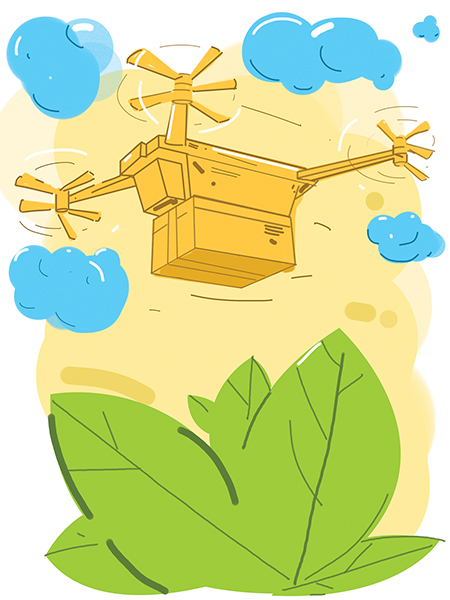 With its all-pervasive push for contactless transactions, the Covid-19 outbreak might just have settled India’s will-it-won’t-it stand on drone deliveries. Once reluctant over security issues, the Directorate General of Civil Aviation in June allowed a clutch of 10 companies, including Swiggy, Dunzo and Zomato (which had acquired local drone startup TechEagle in 2018), to test-fly drones beyond the visual line of sight for deliveries. Earlier, budget airline SpiceJet is said to have received permission to conduct drone trials to deliver medical and essential supplies. Globally, too, the industry received a fillip after the US’s Federal Aviation Administration, in August, allowed Amazon to operate drones for unmanned deliveries. Security concerns will continue to dog this debate, but with its distancing mandate, Covid has certainly put the drone’s procedural journey on a fast track.          Extra seats on flights 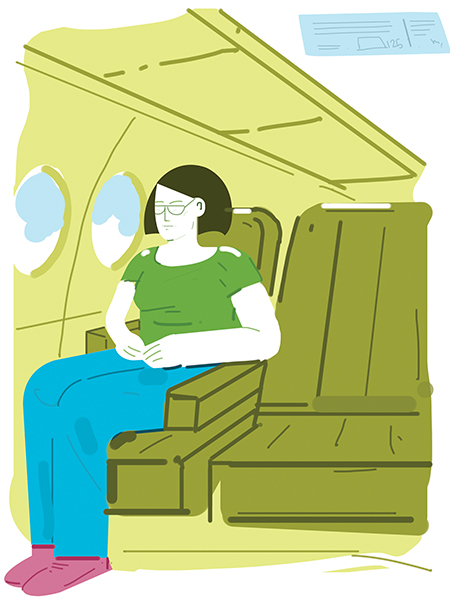 Make the most of this one while it lasts: Certain airlines, including SpiceJet and IndiGo, offer the option to book extra seats at a discounted price to allow for social distancing on flights. We don’t know if and in what form business travel will truly make a comeback, but if you are zooming across the world in the traditional definition of the word, perhaps you could get your company to expense you a little extra comfort—and safety too, of course.               Office becomes the new escape 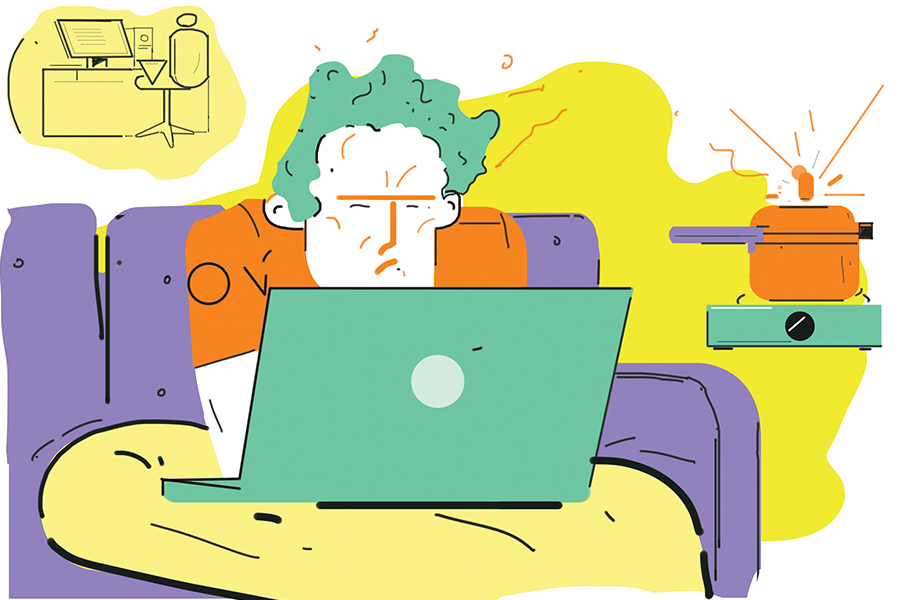 The initial comfort of lockdown is wearing down, much like those pyjamas you’ve been wearing on repeat. A September study by Knight Frank India showed that nearly 90 percent of IT and ITeS workers miss their physical offices, after months of being cooped up at home, juggling Zoom calls with kids’ tantrums, housework with office work. About 53 percent of employees missed discussions with colleagues beyond the scope of work (who ever thought chai breaks would become a novelty?); and 49 percent were wistful for the ease of communicating ideas face to face (without the added pressure of cleaning up your room before an important pitch). A majority 64 percent is frustrated by sub-optimal internet speed. Many employees also complained about family-related distractions (42 percent) and the absence of an independent workspace. Where do you go when you need to get away from the screeching cooker, incessant doorbell rings and your grandparents blasting that channel they call the news? It’s likely that the second half of 2021 will bring some opportunities to seek solace in that familiar cup of canteen chai, that ability to disappear among a room full of people immersed in their screens, even that hour-long commute that lets you slowly embrace the day. Even if for one or two days a week, we could live in a world where the office becomes the escape for mental health. Vaccinated—the new social status 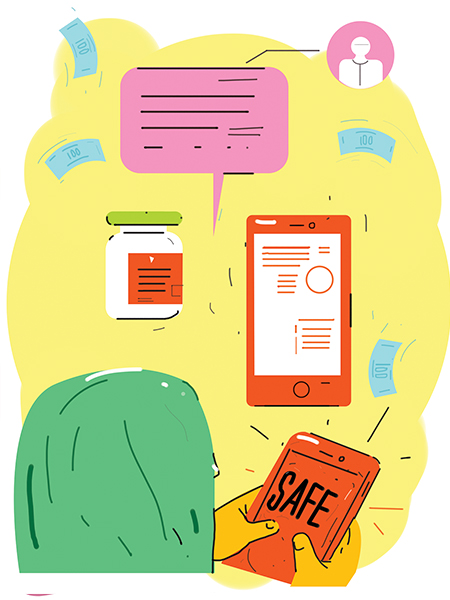 ‘Her family money has a magnetic pull; her social diary is always full’. The 2000 rock hit ‘She’s Got All The Friends That Money Can Buy’ might have a line or two to add two decades later. Have you managed to wrangle your influence into procuring that vaccine? Suddenly, your phone can’t stop buzzing. You’ve put the V in VIP, an exaltation higher than ‘being seen’ on Page 3. You are hereby declared safe, and with social circles diminishing in search of safety, friends both near and long-forgotten are sliding into your DMs, mildly desperate to catch up with someone, anyone, over a drink, guilt-free. Can money buy you this status? We suspect there might be a link.

Tweets by @forbesindia
Bollywood starts to debut movies on streaming services
Photo of the Day: Dissenting in a pandemic