Riding from India to London through the Silk Route, on a motorbike

The ambitious journey will traverse 21 countries and three continents in 85 days, on a route specially designed for an all-women biker group from Surat 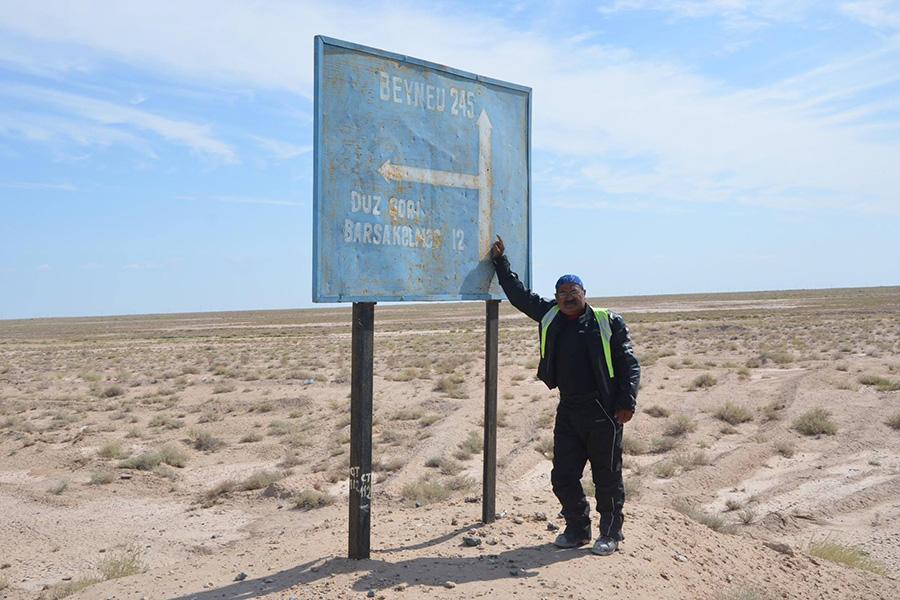 During the daunting trip, the biggest challenge, says Shah, is the language barrier. Most of the signs are in local languages and largely, locals don’t speak English. You’ve got to trust the maps and your gut. It can make for an eventful ride.

The dream was to do a bike journey halfway across the world – once. It was a dream that I had been harbouring since 1983, when I was only a 22-year-old college student. So in 2013, when I began riding my 1994-make Enfield, from Vadodara, Gujarat to London, United Kingdom, it was a culmination of a desire of 30 years and the euphoria of the journey was unparalleled. I knew then that this was just the beginning.

On May 30, 2019, I set off for the journey again; only this time, I‘m taking the Biking Queens of Surat on a specially designed route, across 21 countries and three continents. 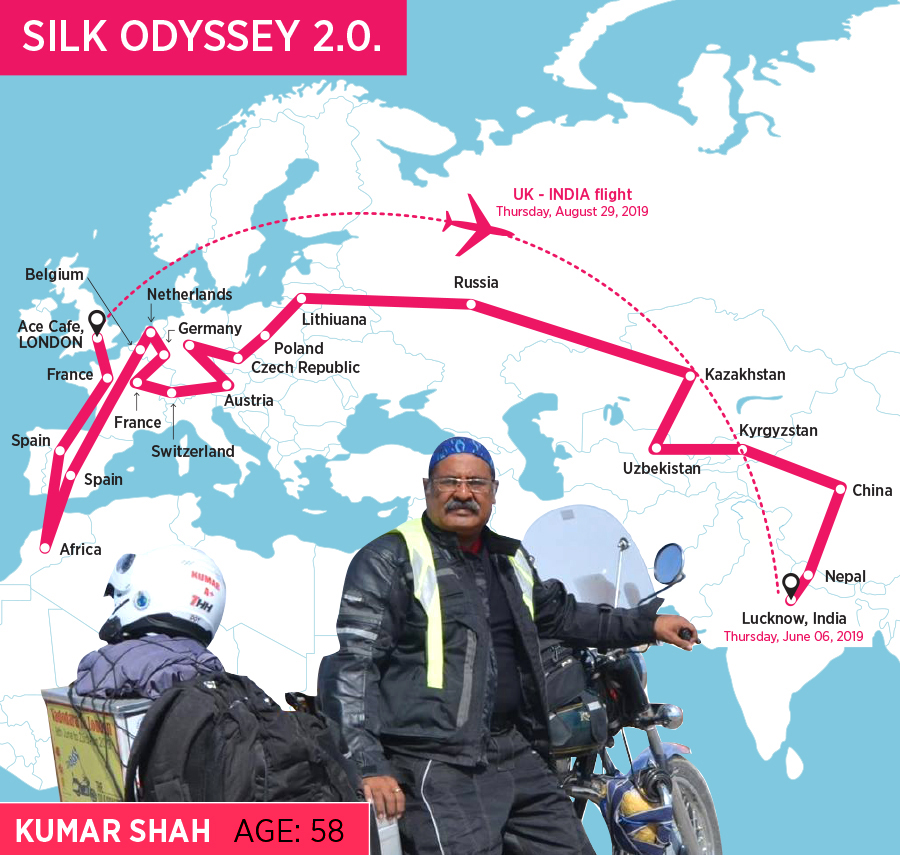 In 2013, when I got home after being on the road for 76 days and riding across 14 countries, sure, I was expecting attention from the press. The small-town press has always been focused on the endeavours of its people. What I wasn’t expecting was emails and phone calls and unexpected visits from travel and biking enthusiasts from every corner of the country, seeking help to design similar, inspiring journeys for them. My Facebook profile was flooded with friend requests and my phone wouldn’t stop ringing.I’m sure I’m not the only one who thought of a journey like this. Many tried. In the 1980s, a few of my friends tried to go through Pakistan, but returned in a few days because their papers were not in order. Charting out your route through 19,000 km, through countries that aren’t the obvious choices for tourists, isn’t a walk in the park. Then there’s the gargantuan task of getting visas for various countries without flight tickets. Insurance, visas for vehicles, explaining to every stunned visa officer that you’re indeed going on a motorcycle--the sheer logistics and planning involved in an expedition of this magnitude is enough to dissuade most enthusiasts.

The Silk Odyssey 2.0 route passes through 21 countries, including Kyrgystan, Russia and Lithuania. Currently, the group is passing through China.

It took me many months to finalise my Silk Odyssey, taking the ancient silk route that was used to trade mainly silk and spices through China, India and many countries. The Silk Road got its name in 1877 by a German geographer. I tried the easy way out-–I spoke to travel planners and experts but at the end of the day, all of them gave up. It can’t be done, I was told. It’s too difficult; it’s a mad man’s plan, they said. That’s when I spoke to the people who have been a part of the madness. I spoke to bikers around the world and got a sense of the expedition I was about to undertake. But none of them had taken the route I had planned, so I was left to fend for myself. 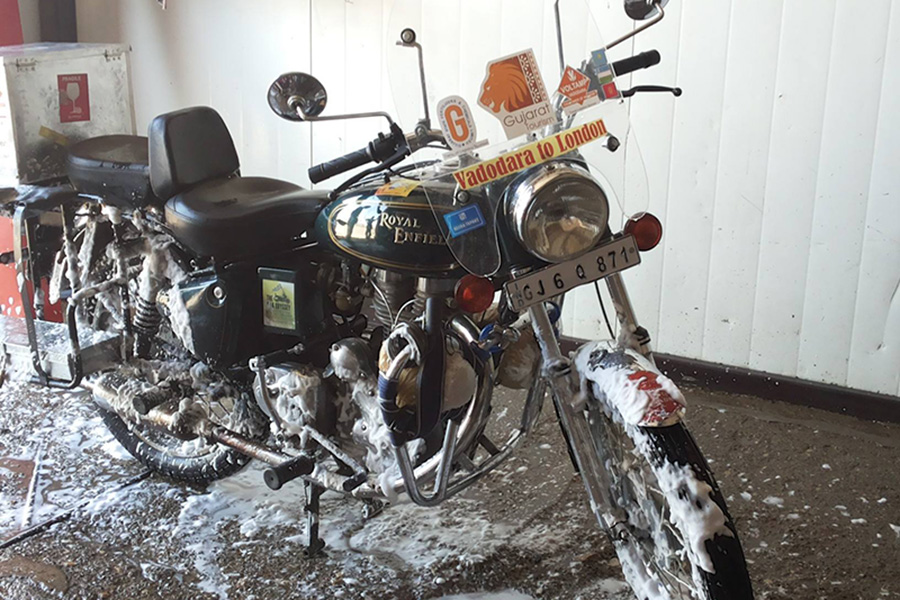 Getting the bike washed and serviced at a service station in Kulasry in Kazakhistan after rough desert storms.

Eighteen months later, I had my route planned down to the towns I will be halting at, the ones that have inns and gas stations, the prices of fuel in each city, village or town across 14 countries. It was the sheer might of the 30-year-old unfulfilled dream that drove me. The unanswered part was getting a vehicle insurance and the cost involved. I only learned of it once I set out. Formalities at various borders was a challenge too. Some border crossings would be smooth while some could take up to six hours. Language was going to be a challenge as many countries do not speak English at all. I learnt about police harassment on some routes and ways to address them. Acquiring a Carnet De Passage was expensive. It allows a temporary import of your vehicle into other countries for a fee and deposit, with an assurance to bring the vehicle back to the country, else pay the export duties. 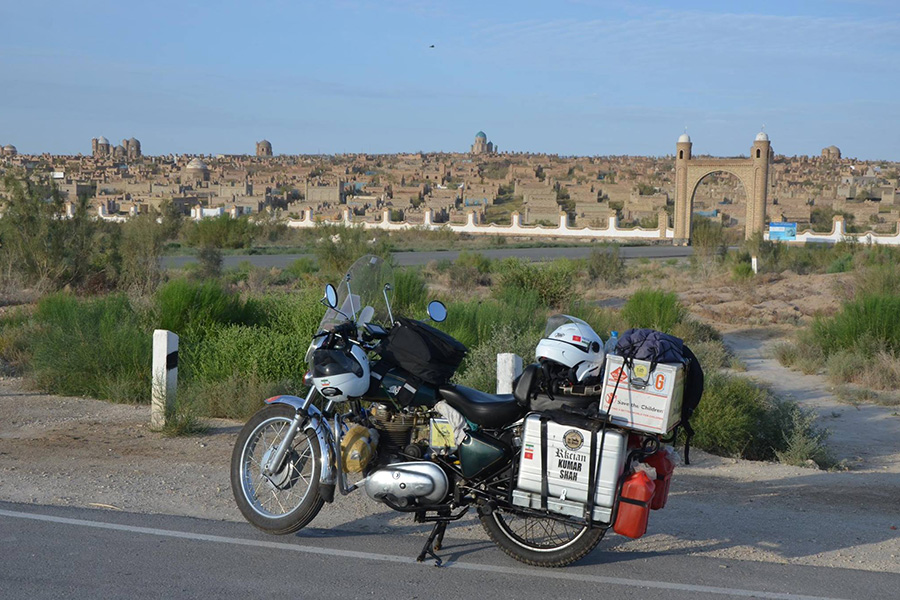 A traditional ancient burial where travellers en route pay their respect from Khiva to Nukus in Kazakhstan.

Planning and executing such a huge expedition takes a lot of understanding about the regulations of the countries I had to go through. Endless logistics had to be worked out. I searched for Indians who would have ventured out but found none. I only got a note from a friend’s friend, that, in the early sixties, some police officers had ventured to London from India, but other than that, got no more information. I searched for more details through my network but unfortunately could not locate a single member of that expedition. I became a member of various international motorcyclist forums and motorcyclists riding around the world.

This brought clarity to some of my queries. Even then, there were a few loose ends. I finally found my answers from riders coming to India from various countries. I met up with a few and invited a couple to stay with me. Finally, all my questions regarding logistics were answered from the horse’s mouth. It was only after this that I set out on my motorcycle tour to London.

After returning, I realised that the lack of adequate information is a problem that every traveller faces. Soon, many people came to me to plan the details of their trips. This is when I decided to design road journeys for others using my experience, and make them a blue print. It was a laborious task and I was later shocked to learn that none of the nine clients I had, had ventured out. The blue print remained in their closets, because of an underlying fear of venturing out on their own. This gave birth to ‘Ride Your Dreams’ and I am now going to conduct my first great tour under it, the India-UK Motorcycle Tour 2019. This tour is specifically designed for an all-women riding group called ‘Biking Queens’, Surat.

The India-UK Motorcycle Tour 2019 kicked off on June 6 from Varanasi, and will conclude in London on August 25. The route goes through 21 countries and three continents in 85 days. The entire group consists of three motorcycle riders on KTM 390 cc and two members, a mechanic and a photographer in the back up vehicle, ISUZU D-max, which I will be driving.

Stay tuned for dispatches from the road, as we travel through fascinating Silk Route countries along the way.

31,580
Thank you for your comment, we value your opinion and the time you took to write to us!
Comments 5

Tweets by @forbesindia
Prev
How the Indian hospitality sector can up its game
Next
Can the online travel aggregator industry become profitable?