From tech advancements to monetisation, gaming industry has lots to look forward to in 2021

Improvements in technology, improvements in regulations, and new ideas for monetisation are some of the key areas that the gaming industry will look forward to in 2021. 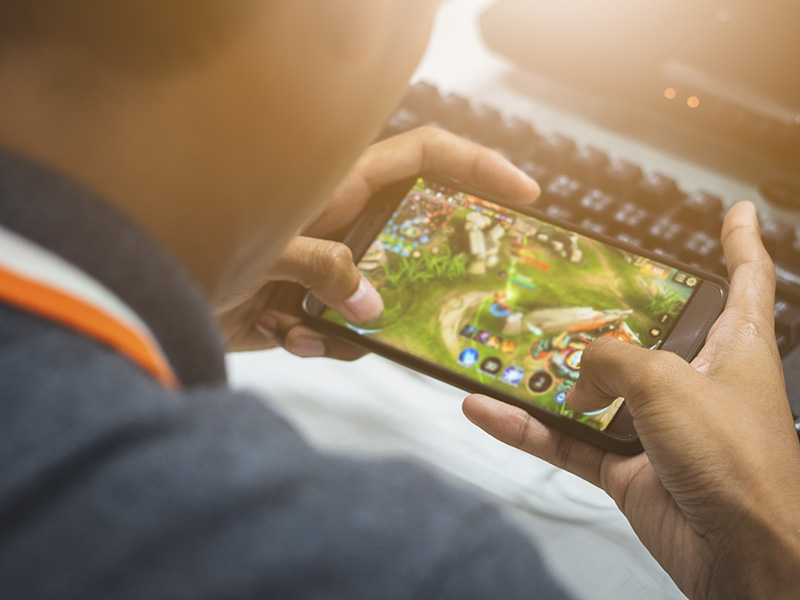 Image: Shutterstock
Year 2020 was an eventful one for the gaming industry. Looking into what can be expected this year, the major changes the industry underwent the last year will continue to show their impact. There are a few points to keep in mind when trying to understand what 2021 could have in store for the gaming industry. These are - improvements in technology, improvements in regulations, and new ideas for monetising games.

Technology improvements that have resulted in the introduction of real-time raytracing for consoles, as well as the standardisation of 4k gaming, is something that will result in further changes. The most basic of these changes is that the console manufacturers and game developers that are yet to take advantage of these new technology advancements will now be scrambling to stay relevant and hence will quickly find a way to offer these newer features to players.

The technology advancements are also likely to spill over in some manner into mobile gaming. As of today, mobile gaming is easily the most popular form of gaming in India. This is due to high penetration of smartphones and cheap mobile internet. The fact that the mobile gaming industry is expected to be valued close to $943 billion by 2022 will motivate all stakeholders to push innovation.

India are a big part of the industry's future, especially mobile gaming. According to the Mobile Marketing Association (MMA), the number of mobile gamers in India is around 368 million as of today, while statista.com puts the number to 200 million. Despite the variance, the figures are impressive.

The sheer numbers are an indicator that there will be several new games made and released during 2021. This also includes the game FAU-G, which has seen a fair amount of fanfare, especially with the game being promoted by Akshay Kumar. FAU-G is now expected to be released on 26 January.

In terms of regulations, the industry still has a fair way to go. Online gambling, doping within professional eSports, match-fixing, and issues related to gaming addiction are areas that need to be looked at.

While gambling/betting services and casinos are regulated in most countries, their online counterparts circumvent these issues by basing their servers out of countries or areas that have lower regulations. With 2021 being a year that promises to allow for massive growth for the industry, it will also hopefully be a year where some solutions are discovered. With better regulations for online gambling, it is very likely that the issues of match-fixing will be addressed.

Issues related to doping by professional gamers and eSports professionals is another serious problem. Over time, more games will see a need to set up an anti-doping policy that is able to monitor players during the tournaments.

Gaming addiction is an issue that is unlikely to be solved completely. However, there is some promising news as game developers such as Bluehole Krafton are willing to compromise and add features that would help limit game time for younger audiences. This is done to ensure that governments are more tolerant towards their games.

The last major area that needs to be kept an eye on is that of monetisation innovation. With the rapid growth of the gaming industry, it is a very real possibility that there may be new options for gamers in terms of how they would like to pay for their games. So far, the most common concepts are either free-to-play games that rely on in-game micro transactions to make money or games that need to be bought. There is a smaller category of online games that can also be played by paying on a subscription basis.

As with online streaming services such as Netflix, Hotstar, and Prime Video, it is a possibility that the gaming industry will gradually move towards a subscription-based system for payments. There are already services that offer people the option of playing certain games on a subscription basis rather than having to buy the game. The coming year might be one where more game developers chose to work with such a service and hence improve the adoption of similar monetization models.

Outside of these major industry-level changes, some of the big things to keep an eye on is Facebook Gaming and the 25th anniversary of Pokemon. Facebook has marked its entry into the streaming space with the introduction of their own streaming service known as Facebook Gaming. This decision, if successful, would shake up the streaming market and may potentially lead to possible innovations. As for the 25th anniversary of the legendary Pokemon franchise, it is a very real possibility that Nintendo may attempt to release something new alongside a celebration for the franchise and this could be interesting for the loyal fans.