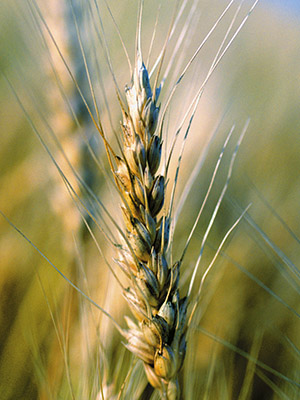 A 34-year-old company from New Delhi has become the fifth largest player in the pesticide and crop protection space in India. Run by the father-son duo of Nand Kishore and Ankur Aggarwal, Crystal Crop Protection has made steady progress in the last decade, particularly over the last three years. It clocked a turnover of Rs 1,000 crore last year and Rs 735 crore the year before. It can now be counted in the same breath as United Phosphorous and Bayer in India. “The problem with companies in India is that they tend to go public very early. The Aggarwals have resisted the temptation, and it has paid off,” says Atul Kapur, co-founder and managing partner, Everstone Capital, which invested Rs 150 crore in Crystal Crop Protection last year.

The men behind it
Nand Kishore Aggarwal has a knack of knowing what new molecule is going to be the next big thing in India, and ensures his team develops it. For instance, Nand Kishore realised that Emamectin, for cotton, was used on a large scale in Pakistan. India and Pakistan have similar climate and soil. So, he thought Crystal Crop could do something with it.

Molecules are the growth drivers in this business. They are the IPs of the pesticide business. The more molecules a company registers, the more products it produces and sells. Ankur is the executor. “The company hit a growth curve in the last six years,” says Kapur. Maybe that’s because Ankur implemented ERP (Enterprise Resource Planning) when he came in. He made sure his field force was always on its toes, and his men travelled across India to ensure their agents did not slip up. With a distributorship of 7,000 agents, quality control is imperative.

Why It is A Gem
The business model was based on three factors: Manufacturing, registration and distribution. Until recently, manufacturing was the crucial cog in the business. When China came in, the game changed. Companies that produced 1,000 tonnes of pesticides could not compete with Chinese firms producing 10,000 tonnes. Crystal Crop focussed on distribution and kept scaling up. The company ensured farmers always had access to their products. Simultaneously, they kept registering molecules, and have 110 molecules. The four companies ahead of them have an average of 150 molecules each.

Why it was hidden
The Aggarwals don’t like to be in the news. But that doesn’t mean they are an unknown quantity. They have a very strong presence, and make their voice heard in trade journals, crop protection seminars and industry forums. They didn’t want to go public. They wanted to build a large, scalable business, and then go down the private equity route, which they have done.

Risks and Challenges
In India, it takes four to five years for a company to get its molecule approved after applying for registration. India has registered 250 molecules, while Pakistan has registered 700. Distribution in India is massively fragmented. In the US, three distributors cover 85 percent of the market. Here, Crystal Crop alone has 7,000 distributors. Managing working capital is another major concern. The company needs to have a full wallet ahead of the sowing season. Farmers pay distributors,  who pay the company only during the harvest.

Tweets by @forbes_india
The World's Hunger Pangs
Zip Zap Zoom! Or Not Quite?