A look at how the search engine's latest offering works 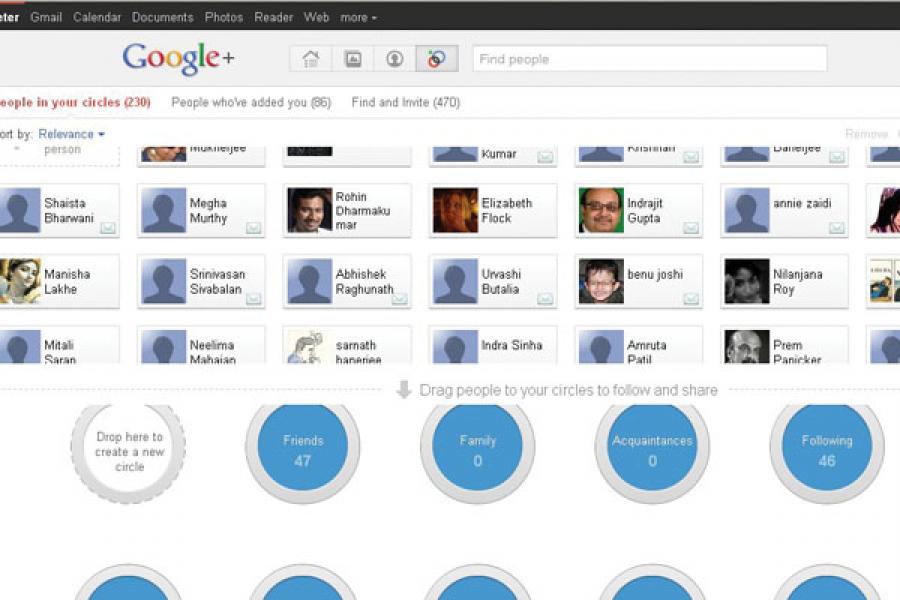 For years now, I’ve been wondering why Google hadn’t made a proper social networking play. Aside from search and advertising, look at its services: Gmail, Blogger, YouTube, Docs, Sites, Maps, Calendar, Shopping, Picasa (picture storage), Picnik (picture editing), Groups, Books, Scholar, Questions, its Chrome OS and browser, not to speak of the Android OS for cellphones, some developed on its own, some from acquisitions. Put them together, and you pretty much have all you need. Except that Google seemed reluctant to put them together.

Instead, we saw Wave, which didn’t exactly disturb the waters, Buzz, a sort of Twitter me-too, which soldiers on obscurely in a tab in our inboxes, and most recently, the +1 button, which works like Facebook’s ‘Like’ button.

Now, finally, the search behemoth is in, with the Google+ Project, launched on June 28 in a ‘limited field trial.’

G+, as we’ve already abbreviated it, requires a free Google ID, which is easily got usually, but not exclusively, by signing up for Gmail. If you use a Google service, you would have noticed some changes, most notably a slim black bar that runs across the top of your browser window with, on the left, the G-products you use and, on the right, your settings and a link to your profile. G+ launches from that bar, and keeps you updated with a discreet icon that turns red when you have new G+ notifications, visible even when you’re using other G-services.

G+’s most visible feature, Circles, operates like Facebook’s little-used Lists: You sort people you follow into Circles; you can then post messages to, or share things (links, video, photographs) with individuals privately, selected Circles or combinations of Circles, or make ‘public’ posts or sharings that can be found by anyone on the Web. No Facebookian walled garden. The other big difference from Facebook: It is asymmetric; you don’t have to ‘friend’ someone to follow or message them (“Hi Larry Page! Hi Sergei Brin!” don’t count on them replying, though), but you can block or be blocked. Which is Twitteresque, but then it’s much more than Twitter, with granular control over who you share with, plus lots more power, flexibility and user-friendliness. Like Sparks,  which throws up fresh content for you on subjects you’re interested in (which you can then ‘+1’). G+ also plays nice with handhelds: Huddle lets you exchange messages via your phone with groups that you assemble on the fly; and Hangouts — a big hit already — is a group video chat application with little conceits like automatically enlarging the visual of the person speaking, with the video adjusting to bandwidth and device limitations. (Caveat: Huddle isn’t private. Anyone with your Huddle link can join in.) 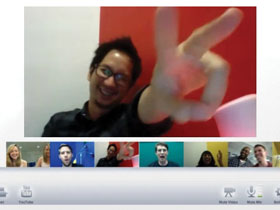 Some limitations are already visible and annoying. Personal URLs are long: 21 numerals after the base http://plus.google.com/, impossible for most to remember. But the ecosystem is finding ways: Within days you could get shortened vanity URLs that redirected to G+ pages (I’m gplus.to/griff). Then, Google sternly says that companies shouldn’t set up IDs, G+ is only for real people. Naturally, a number of organisations are blithely ignoring that injunction. (Proving Google hasn’t really anticipated what users will want. Marketers will kill to be where their audiences are.)  And there’s the requirement to use a real name, which runs counter to Google’s much-trumped support for anonymity and pseudonymity.

But the big deal here is in the naming: This is the Google+ Project,  part of a much bigger plan, a reshaping of  the Google experience and really, of Google itself.  No longer does Google want to send you on your way after your search results; now, they’re betting the company on keeping you engaged, tearing you away from the world’s biggest time sink: Facebook.

Google hasn’t said when the rest of the world can jump in, but rumour is that should be by end-July. Which, in Internet time, is an aeon, so don’t be surprised if it’s public by the time you read this.

Tweets by @forbesindia
Don't Do It, You Dope
Singur Is Still The Waste Land