Will Microsoft turn around?

It's too big, it’s into too many things and even a little blind to its own weaknesses, says Kurt Eichenwald 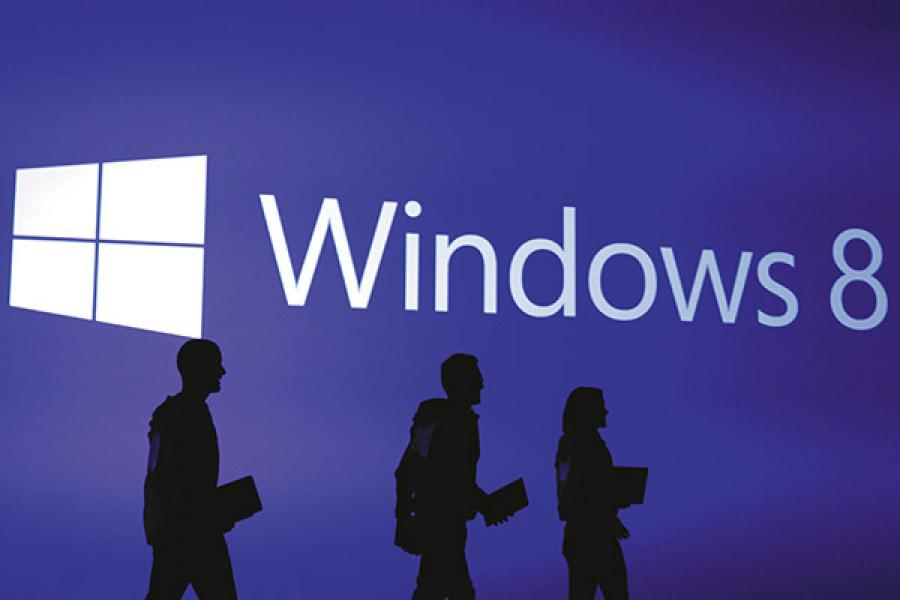 Image: Lucas Jackson / Reuters
To turn things around, Microsoft can't be a company that comes out with stuff and then realise it needs to improve on basic features. It should be right off the bat

Already, we are starting to see some issues. Windows Phone, by all accounts, is a great product but it’s not selling all that well. And then you have Windows 8, which has had a lot of controversies. There are people who are complaining about the absence of the old Windows graphic format, the Start button and the rest. The combination of the touchscreen graphic interface and the traditional keyboard interface together has proven to be confusing. As of this morning [December 2], Windows 8 computer sales are 21 percent below what Windows computer sales were last year at this point. With the introduction of a new product, you probably expect something better. I think Windows is suffering from the overhang of the Vista problem, the operating system Microsoft introduced in 2007 that proved to be disaster, and people who switched over had a lot of trouble. The reviews of Windows 8 say there are problems—so it doesn’t surprise me that a lot of users are waiting.

You have the introduction of its tablet and the knock on is that it’s overpriced. When you are up against a monster like the iPad, you cannot come in and say ‘I will compete at the same level’. Companies like Amazon have come in with devices that they have decided are going to be loss leaders for a while, that they will lose money in order to obtain some market share. Microsoft is going in with a relatively high-priced product, a price you could buy an iPad with. And Microsoft doesn’t have that cachet that Apple has built up over the last few years.

The Last to Cool
It’s the same sort of problem that Microsoft has had for a long time. Its philosophy a decade ago, as CEO Steve Ballmer spelt it, was “the last to cool and first to profit”, meaning there was somebody else to introduce a product first and then Microsoft will use its greater financial power to develop real market once it comes in with its own version. That works when you are up against a bunch of financially struggling companies like Netscape. When you are up against companies like Google and Apple, it doesn’t work. Apple has demonstrated that ‘first to cool’ is the way to get dedicated market share. People who have already bought an iPad will not turn around and buy a Microsoft tablet. When you have an iPhone that interacts with an iPad that interacts with an iMac that interacts with a MacBook Pro, and once you are a customer in that circle, you are not going to bust out. They will remain Apple customers. So, Microsoft really doesn’t have an easy step here.

Think about it. What’s the most recent product that Apple introduced? iPad Mini. What has Microsoft introduced? Windows 8, server, games, an update of Bing…. It is trying to be everything to everybody, and the result is it is not really being anything to anybody. I think it’s a very challenging year for Microsoft and I also think it’s a make-or-break year for Steve Ballmer. He has been on the job for a decade. The stock price hasn’t moved. If this doesn’t work, it’s really time they take up somebody else who can do it.

You can never count Microsoft out. There is a possibility that Microsoft will turn things around. But, the problem is, in the past decade you could afford to stumble on first introduction. You had the ability to put something out there that still needed some work, some traction. Nowadays, when there are so many options—there are operating systems that are free, Google tried to get into the operating systems business—Microsoft can’t be a company that’s coming out with stuff and then say ‘Oh wait, we need to have a Start button, because people don’t like this’. It should be right off the bat. Apple is having its issues right now. But, you are not hearing customers say they are uncomfortable with its product and you are hearing a lot about customers being uncomfortable about Windows 8.

Somebody smarter than me was arguing that it might be smart to introduce an alternative, a Windows 8 Classic, meaning you get out of a pile of configurations and into the old visual interface of Windows. That’s a possibility. But look at the words we are using. Classic, old. Those are not the kind of words that will attract a lot people.

Too Many Distractions
Microsoft has one huge advantage. It is truly the leader in business-to-business, in business consulting, in getting corporations set up large-scale systems that incorporate servers and Microsoft products. That’s kind of its last strong area of holding. But, we are getting into the point where office technology is in fact connected to the employee and not so much to the office. In other words, so many devices are now portable, and you bring your own devices. As portablity emerges as the essence of business, the edge that Microsoft has today won’t matter as much.

The bottom line is Microsoft needs to stand up and say what it is. Is it an operating systems company? Is it a software company? Is it a phone company? Is it a gaming and entertainment company? Is it a search engine company? Is it a hardware products company? It wants to be everything. If you are going to be a phones and other communication devices company, you need to be competing with people who are doing that sitting down, standing up and thinking about it every single day of the week. But, here, someone who is dealing with this is reporting to you and you are simultaneously looking at the latest plans of how your gaming station is competing against Sony. That level of distraction is not a prescription for long-term health.

Even though Xbox makes money, in the context of a massive bloated organisation, the money it’s making is inconsequential. If the entertainment division is a standalone business, that you can buy stock in, people would run that stock up because you will get a direct access to that product’s profits. The profits wouldn’t be buried within this giant lumbering enterprise.

Devices Challenge
Ballmer says Microsoft will be predominantly known as a devices company in the future. I don’t think Microsoft has shown itself to have strengths in the hardware business. Go back and look at iPod versus Zune. Zune is gone, for a good reason. It wasn’t a good product. Then again, it came in too late. If Microsoft had come in with it first, it would have been okay. At least you were the ‘first to cool’, and lock in a market at that point. The tablet is okay; it’s nothing great, it has got some issues, and the phone again is building off of other companies’ technologies. Again, what Microsoft has to do is nail down what it’s really good at. The thing that it is good at without question are the Office, the operating system—regardless of whether it’s good or bad, it has a major lock on a large part of the market—servers and business-to-business. But, when you get spanked for virtually every single hardware product because you are late or inferior, it doesn’t speak for as the central element for your future.

At the end, if Microsoft wants to focus on hardware technology, it can. But, only if it is a company that is focussed only on hardware. That would be a lot better than that effort being a part of a massive enterprise that is looking at introduction of a product across the board, all at the same time.

Culture
The most interesting thing about the article I wrote for Vanity Fair was the reaction afterwards. I received far more emails and phone calls from Microsoft employees than I ever thought would be likely. And their comments were almost uniformly, “Thank you for pointing about the problems of working here; thank you for talking about the disastrous things like stack ranking.” But, the response I got from people who were in the corporate side of things was: “You don’t understand stack ranking, it’s great.” There was a complete disconnect between what the employees were saying and what the guys running the company were saying. If they don’t look on that as a fire alarm ringing, there is a problem. Then, they are going to continue down this path and people who have the option of working in Google or Apple or Facebook are going to drift away from Microsoft.


(As told to NS Ramnath) 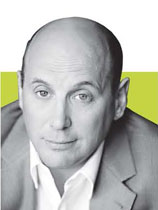 Kurt Eichenwald is a journalist and author of four books, including The Informant, which was made into a motion picture starring Matt Damon. He is a contributing editor at Vanity Fair