The fate of the ‘People’s Car’ hangs in balance, with its prospective customers giving it a miss. Now, Tata Motors has mounted a massive rescue act 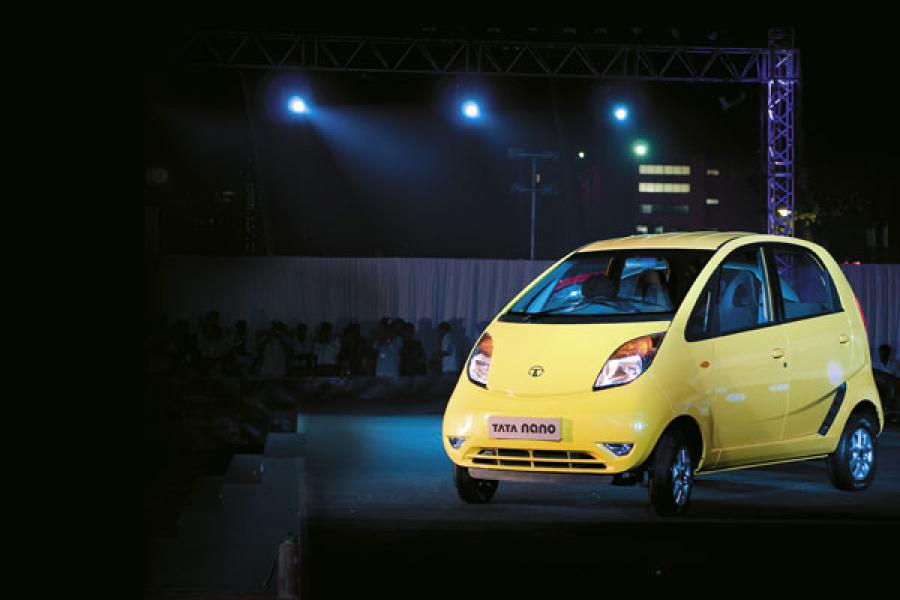 Ravi Kant has always had a formidable reputation as a marketing whiz. In the mid nineties, he helped Titan emerge as one of the most powerful brands in the country. Under him, LML was able to put up a spirited fight against Bajaj Auto. And the story of how Tata Ace came to dominate the mini-truck market under his leadership is part of company folklore.

But none of these achievements may have quite prepared him for the biggest challenge at the fag end of his professional career. Today, as vice chairman of India’s biggest automotive company, Tata Motors, Kant has the onerous responsibility of reviving an “iconic brand” that completely veered off course: The Tata Nano.

The Nano was always more than just a car. It was Tata group supremo Ratan Tata’s dream project to bring an affordable transportation solution within reach of the masses. The promise of a small car priced at Rs. 1 lakh had fired the imagination of an entire nation — and the global automotive industry.  Yet, in August 2010, 18 months after its launch, Kant has now been forced to take over the wheel to salvage a dream that has gone badly wrong. It was only once the November sales figures came out that the world realised the enormity of the crisis.

Nano sales that month, widely considered to be a peak festival month for sales, had plummeted to just 509, its lowest ever, which also included 68 units bought by its own employees at a company loan scheme of 2 percent. This was despite the fact that the car was available off-the-shelf in at least 10 major states across the country.

“One has to distinguish between the bookings that took place in 2009 and open sales, started since August 2010 in phases. The reported sales of the Tata Nano in the month of November are what has been supplied to dealers, and not retail sales, during the month as per plan. Sales will increase as we go on expanding,” says a Tata Motors spokesperson.

So far, 71,000 Nanos have been sold, representing only about 40 percent of the projected sales target. Tata Motors has invested Rs. 2,000 crore  in the Nano project, including a 2,50,000 units-a-year plant in Sanand, Gujarat. But sales have simply not taken off.

For the past three months, Kant has led a review inside Tata Motors along with Global CEO Carl Peter Forster and managing director P.M. Telang on the Nano project every day.

For starters, the Nano marketing team has been completely reshuffled, following the exit of Rajeev Dube, the head of its passenger car business and Nitin Seth, who headed the car product group. New brand teams have taken over. The distribution strategy has been redrawn, confidence boosting measures like an extended warranty and Rs. 99 a month maintenance contracts have been introduced, and a new advertising campaign on television and outdoor has been launched to boost awareness, particularly in tier II and III towns. Evidently, Tata Motors is straining every sinew to breathe new life into the Nano. And insiders say Kant is monitoring every aspect at the daily reviews: How many customers have walked into outlets post an ad campaign? How many of the walk-ins was the dealer able to convert into sales? How many new outlets were opened in the last one week?
But in the automotive world, there are few believers in the Nano  story. “Is there anybody in the country who does not know the Nano? It was a household name even before the launch of the car. It is not clear what will it gather from a few crores of advertising,” said a competitor, on condition of anonymity. Some believe that the sales drop to 509 units in November suggests that the product has been rejected outright
by customers.

Kant and his team seem to be in no mood to give up though.

The Supply-side Woes
Early last month, Tata Motors organised an all-India vendor meet to restore confidence among the vendor community and discuss the future of the Nano. Managing Director Prakash Telang, a Tata Motors veteran, made an impassioned presentation assuring everybody that necessary action would be taken and that Nano sales would gradually increase to about 15,000 units by March 2011. He implored suppliers to focus on the long-term relationship and hang in there. “In a suppliers’ meet people will give you the confidence. But when you are back in your office alone and start thinking, that is when you realise that the fire is much more than you had thought,” says a director at a sizeable vendor for the Tata Nano.

Early in the product planning stage, Tata Motors had promised him volumes upwards of 1.75 lakh units a year for his component, which forms a very crucial part of the car. “Right from the start, the project was highly cost intensive and we spent a lot on the technology learnings and setting up the facility. So volumes were the only way we could have made money. Today we are nowhere near that,” adds the supplier.

It is pretty much the same story for a lot of suppliers to the project. Worse, quite a few are still supplying for the Nano based out of Singur, West Bengal. Either they do not have the required funds to invest near the new Nano plant at Sanand, Gujarat or they are sitting on the fence, waiting for a clear picture on the Nano’s future. “There is no subsidy from the West Bengal government for the people who have been left behind in Singur. And the export potential which was another opportunity has still not come in. So, I don’t think we will be able to make any money on this and right now quite a few of us are bleeding,” says the supplier.

With more than Rs. 1,000 crore of their investments stuck in the Nano project, suppliers have no way out, other than to hope that Tata Motors is able to turn the tide. 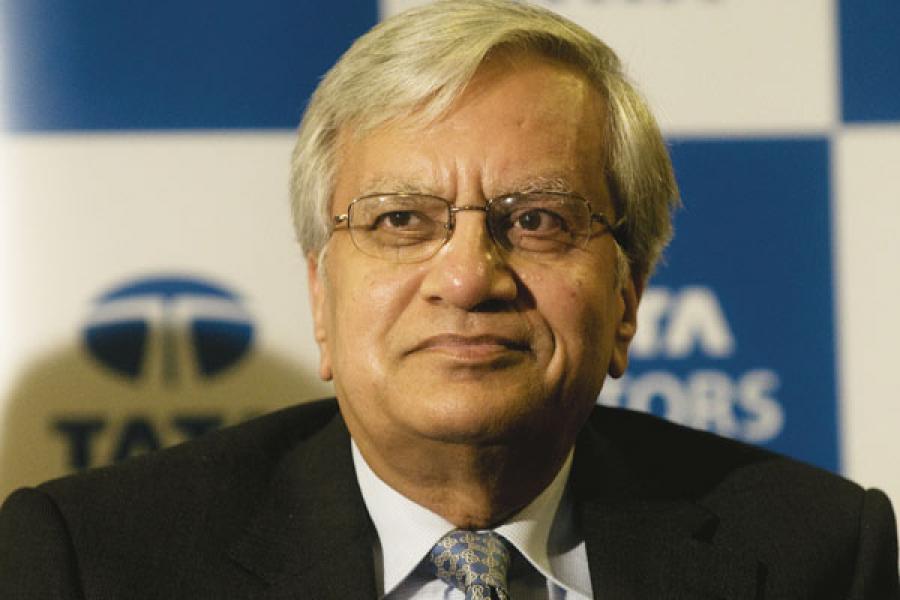 State Bank of India bought several thousand forms from the company expecting a rush to buy the people’s car. Yet with each passing day, the disappointment was palpable. Showroom floors were empty and many had to coax existing customers to come and look at the Nano. On April 25, 2009, when the bookings were closed, Tata Motors announced it had received a total of 2,06,703 bookings. But only 1,00,000 ‘lucky’ customers would get the delivery of the car till the last quarter of 2010. “We were expecting more than twice or thrice the number of bookings we actually received,” says an insider at Tata Motors.

By all indications, the decision to opt for the booking route for the car completely backfired. “We asked customers to pay the full amount of the car upfront and not see or drive the vehicle for more than six months. That killed the interest straight away and the real two wheeler customer who was your target didn’t come up at all because he never had such a big amount in cash in any case,” says a dealer. Over June-August 2009, Tata Motors received a spree of booking cancellations amounting to more than 50 percent of the original short-listed applicants.

These setbacks have focussed the attention on the key marketing assumption: That two wheeler owners would upgrade to a car when presented with an affordable option. A significant number of senior citizens and existing car owners would also opt for a second or third car for short rides.

“A two-wheeler is a necessity, while a four-wheeler is looked at as a luxury in India,” says a competitor, who did not want to be quoted. Then kicks in the running and maintenance cost of a four-wheeler. “Later on, we did calculate that it would be three times that of owning a motorcycle and that would make the transition very difficult,” adds the marketing executive. Add issues of parking space and security of the vehicle. “You have to understand that the average two wheeler fellow lives a very humble existence, probably in spaces where the car would not even reach his doorstep,” says the competitor.

Initially, Tata Motors did nothing to communicate the pride of ownership in the Nano. It simply assumed that customers would walk in, swayed by the concept of a Rs. 1 lakh car. And to top it all, once incidents of fire in the Nano began trickling in during the September-October 2009 period, it further dented the image of the Nano. “Throughout this period there was absolutely no communication from Tata Motors to the public. We presented Tata Motors with a complete [communications] package to ensure that the customer who is waiting for his Nano should feel the wait worth his while but nothing was implemented. The attitude within the company seemed like the world is waiting for us to talk,” says a senior advertising professional who has worked on the Nano project. 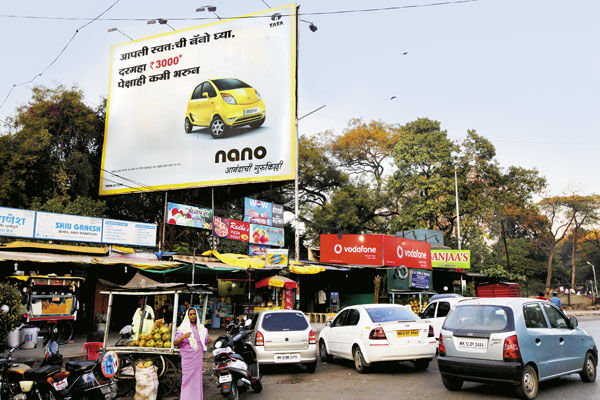 Key to Happiness A major outdoor campaign together with a fast track loan scheme is expected to lure the elusive buyer
Tata Motors has now put all its cards on the table to lure the elusive buyer. Percept Out-of-Home has been roped in for a major outdoor campaign across 104 towns in five states. “Our brief was to make people aware, primarily in the tier II and tier III towns, that ‘hey the Nano is now available in showrooms’. The idea was to talk to the masses, new car buyers and also those looking to upgrade from a two wheeler to a car, highlighting that finance is available for the brand,” says Sanjay Pareek, the head of Percept’s outdoor business.

Buying a Nano has been made as easy as perhaps window shopping. Now, a customer can just walk into a Tata Motors showroom, test drive the car and straightaway buy the Nano with almost 90 percent financial assistance from banks that Tata Motors has tied up with. Fast track loan schemes have been announced. If the customer’s documentation is clear, SBI will finance the buy at an interest rate of 8 percent for the first year and 10 percent for the second and third year. In case the documentation isn’t clear, then Tata Finance steps into the game offering a fixed rate of interest of 13.5 percent. Such a scheme is unheard of in the automotive industry.

Insiders believe that this is perhaps the best way to tackle the problem of the Rs. 1 lakh sticker price misconception in peoples’ minds. “It [The true cost of the Nano] is as high as Rs. 1.7 lakh on road for the basic stripped down model. So in turn you sweeten the affordability factor by playing on the financing aspect,” says a senior Tata Motors official.

Tweets by @forbesindia
Deal Boost for Biocon
Mutual Fund: In Debt We Trust