How Blockchain is disrupting social communication

Communication on instant messaging platforms is a honey pot for service providers and surveillance companies. Decentralized privacy preserving applications may be the light at the end of the tunnel 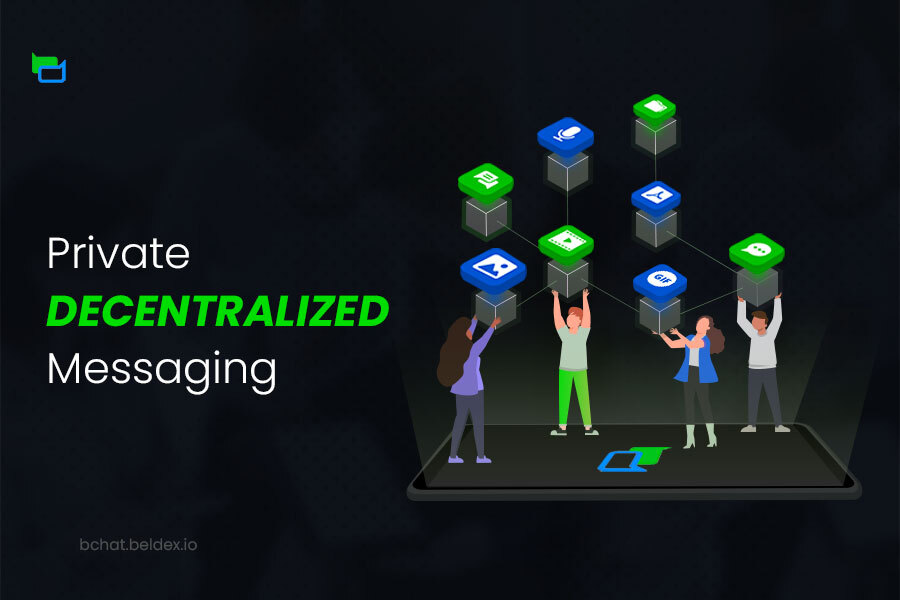 Blockchain is disrupting every industry, chief among them being banking and finance. While DeFi has seen tremendous growth in the past couple of years, there are certain sectors making quite a bit of progress.

One sector that blockchains are yet to take over is social media. Humans are social beings. We are enslaved by the need to connect with other people. Instant communication today is facilitated by platforms like Twitter, Telegram, WhatsApp, Facebook Messenger, Discord etc. Some of these are BigTech with valuations in the tens of billions. Their growth can be attributed to billions of people using their platforms.

Social media platforms are the middlemen connecting people. They collect your data, including personally identifiable information for purposes of providing you their services. However, most if not all of these platforms aren’t transparent on how they process the information they collect. Meta, the parent company that holds Facebook, WhatsApp, and Instagram has been sued countless times, more recently over claims of accessing patient’s data. Facebook pixel, the tracking and analytics tool that’s used by websites to track users from Facebook, supposedly shares information back to Facebook about the patient’s protected health information (PHI).

Centralized social networks monopolize user data. They share it with third-parties that track you with cookies, ads, and other bothersome internet junk. Some of them store your data for as long as 5 years. Privacy laws that are established to keep BigTech at bay are weak or nonexistent in 47 of the 50 U.S. states. The European General Data Protection Regulation (GDPR) is touted as one of the toughest privacy and security laws in the world. But the  Irish Data Protection Commission that oversees its enforcement on BigTech has been criticized for its inadequacy in enforcement. Wojciech Wiewiórowski, the European Data Protection Supervisor, agrees. “Way too often, the GDPR puts its constraints on small entities but spares the big ones,” he says. 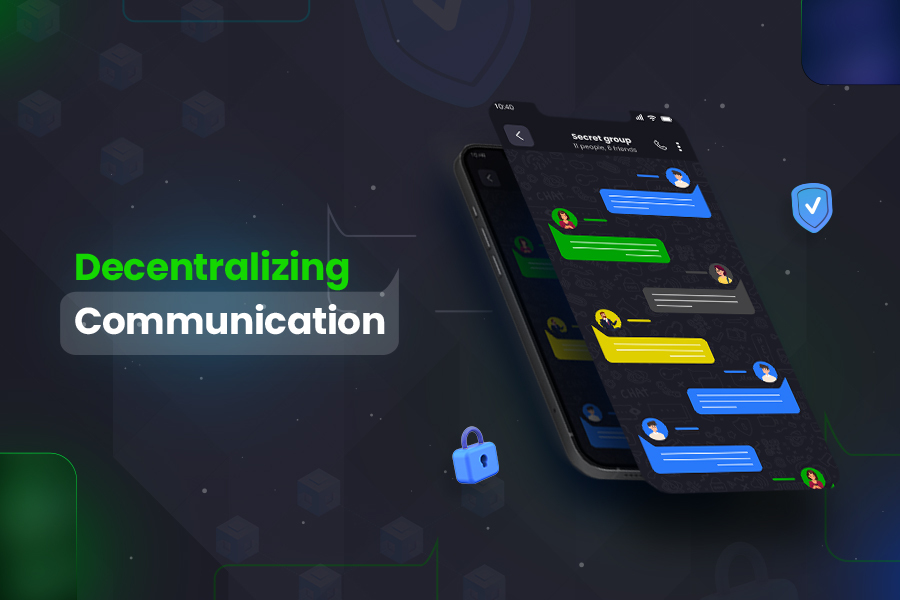 Peer to Peer Private Communication
In the 1990s, the development of peer to peer communication was driven by file sharing platforms such as Napster which shared music files between computers connected to its decentralized network. Every machine served both as a client and a server, uploading and downloading files to and from the network.

Peer to peer networks like Napster essentially remove third parties from access to your data. Blockchains are decentralized P2P networks initially used to send, receive, and maintain transactions. These transactions are broadcast to the entire network and need to be verified. However, blockchains can also be used for sending and receiving messages. These messages only need to be broadcast to the nodes that relay them.

Today, the instant messaging sector is dominated by centralized applications. But what if there were a decentralized messaging app that lets you communicate peer-to-peer? What if there is a platform that doesn’t collect your personal data, where your conversations remain protected at all times, not by humans, but by cryptography. Blockchain messengers use public key cryptography to encrypt and decrypt messages. Which means, only the receiver with the right set of public and private key pairs can decrypt the message from the sender. One such messenger is BChat. 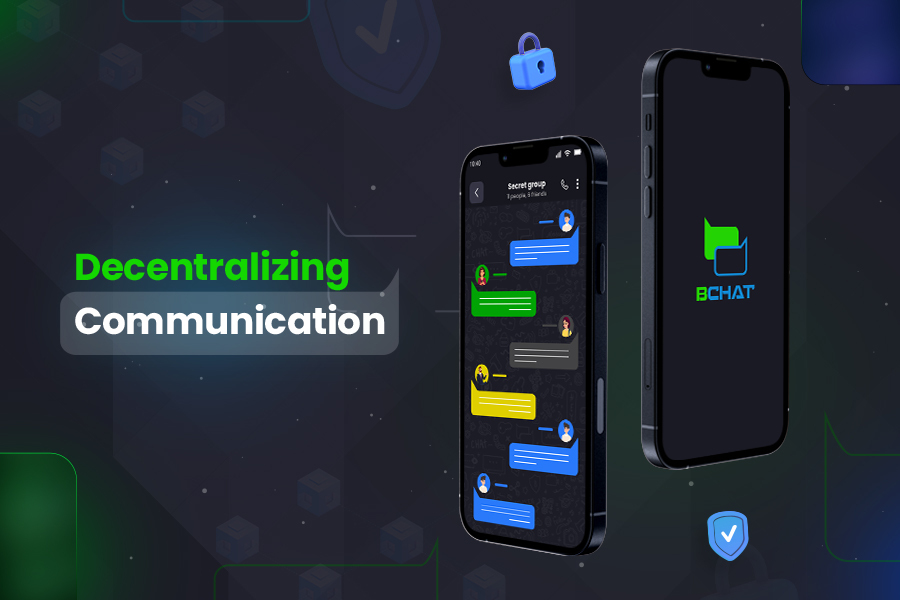 Own Your Data with BChat
BChat is a private decentralized messenger which uses cryptography to generate a BChat ID. The BChat ID represents your on-chain identity. It is a randomly generated string of 66 hexadecimal characters and an alternative to your phone number and email ID. It cannot be tied to your real world identity. You can connect with and text other people on BChat using your BChat ID.

The advantage with BChat over other messengers is that it is built on a system that offers privacy by default. Messages are encrypted using the text secure protocol (the signal protocol) and are routed through the nodes on the Beldex network. The messages and files that you send via BChat are stored only on your local device (your mobile phone or desktop). The dApp is compatible with desktop, iOS & android devices.

On BChat, you can create secret and social groups. Messages sent through groups will have the same encryption standards and routing mechanism employed in one-to-one personal chats. BChat is a crypto messenger and thus, you’ll be able to send and receive BDX (the native crypto of the Beldex chain) to your contacts as you chat with them. This feature will be enabled in subsequent versions of BChat.
Why isn’t a decentralized social network mainstream yet?
Today, instant messengers and social media provide a platform for freedom of speech. Edward Snowden revealed the mass surveillance by NSA in 2013 but it took the U.S. DOJ 7 years to declare what the NSA did was illegal. Regulations for privacy have always lagged behind technology.

1984 by George Orwell was not meant to be a handbook for the future. Mass surveillance and doublethink shouldn’t be the standard. Facebook’s Cambridge Analytica scandal in 2016 used personal data to create a digital profile of users to analyze their political preferences and affiliation. Yet, billions of people still use Facebook even today.

Decentralized private messengers let you speak your mind without the risk of being surveilled. They’re a safe mode of communication for journalists, activists, refugees, non-governmental organizations, and give a voice to the oppressed and the marginalized. Then why don’t people switch to applications that protect their privacy? What are the deterrents to the adoption of decentralized social applications? The answer lies in user-friendliness and scalability.

Summarizing his thoughts on the subject, Afanddy Bin Hushni, Chairman & CEO, Beldex International says, “Blockchain is still nascent and most dApps aren’t user-friendly yet. New users aren’t accustomed to Web3. While decentralized applications like BChat emphasize the importance of user friendliness in their design implementations, there are a few other factors that need to be considered. These include scalability and storage requirements. DApps need to be able to scale with adoption. For this reason, BChat is researching encrypted data storage and data backup using InterPlanetary File Systems (IPFS) technology. Similarly, to improve scalability and reduce storage requirements on the base layer, Beldex is researching the implementation of zk-SNARKs."

Tweets by @forbesindia
FTX exchange reportedly acquiring Robinhood
Photo of the day: Another round