When Reliance Industries announced a bonus share issue after its second quarter results this year, it came under fire from market analysts. This was a sign of weakness, said one. They are doing it merely to placate shareholders, was another’s opinion. In its usual style, RIL did not bother to explain itself. Now it has made a play for LyondellBasell, the number one polypropylene (a thermoplastic polymer with a wide range of applications, from underwear to labs) producer in the world.

The acquisition of the Dutch company, if it goes through, will catapult RIL into the global big league. Revenues will more than double, from $32 billion that it notched up in 2009 by about $50 billion posted by LB in 2008. But the business benefits that will accrue from the expansion of its footprint into the US and European markets, are much more substantial. 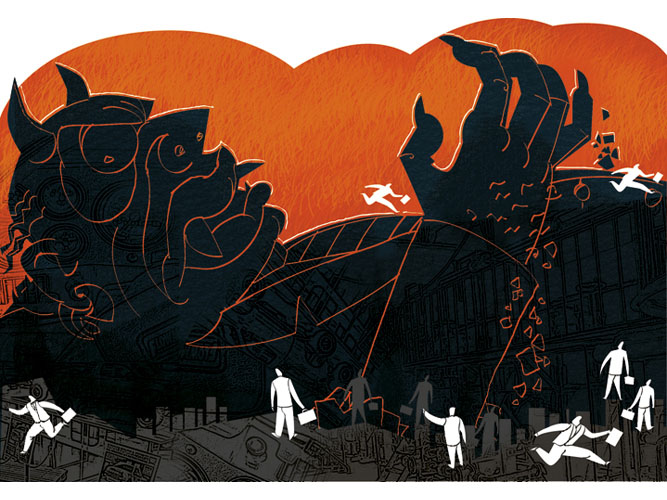 Image: Malay Karmakar
The acquisition of the Dutch company, if it goes through, will catapult RIL into the global big league
RIL’s international distribution presence is currently limited to a little tankage (huge storage tanks for oil) and some trading. Buying LB, which has 50 manufacturing facilities across 19 countries, will take it to the top bracket in the refining and petrochemical heap.
RIL is not the first Indian company to make a pitch for a much larger LB (then  Basell). Haldia Petrochemicals (HPL) through The Chatterjee Group, led a $6 billion bid for Basell in 2005. The leveraged buyout attempt (with Russian oil billionaire Len Blavatnik  and Blackstone) found no support from the West Bengal government and was abandoned. Blavatnik’s Access group went ahead to buy the company and Basell subsequently merged with North American chemicals and plastics giant Llyondell in 2007.
LB took on billions of dollars in debt during the LBO but walked right into a declining petrochemicals cycle. The total debt on LB’s books now stands at $21.5 billion. From RIL’s point of view, LB is now much bigger and comes much cheaper. “With idle cash and low leverage and debt, RIL is in a good position to move in for the kill,” says a company insider.
RIL has cash of over $4 billion and treasury shares worth $8.5 billion. Energy expert and South Asia bureau chief of Upstream magazine, Narendra Taneja, who tracks RIL says, the prime driver is the valuation. “Assets such as these are simply not available at this price. With tougher environmental laws, it is impossible to put up a new petrochemical plant in most of Europe and North America,” he says. LB’s research facilities too are cutting edge and can be the resource that RIL needs to cater to future developments in the business.
The deal will break the popular perception that RIL can only succeed in India. Strategically too, RIL has to move decisively from the stasis that has set in after the completion of the second refinery and the gas production facilities on the east coast. The LB buy is one good opportunity.

Tweets by @forbes_india
GE has its finger on the Indian pulse, at last
Jeff Immelt: "India Will Be a Centrepiece in Our Growth"