While the finance minister introduced agricultural cess and focused on MSP's significance, the budget saw no mention of farm laws or any guarantees about a continuation of MSP, a key expectation from the budget 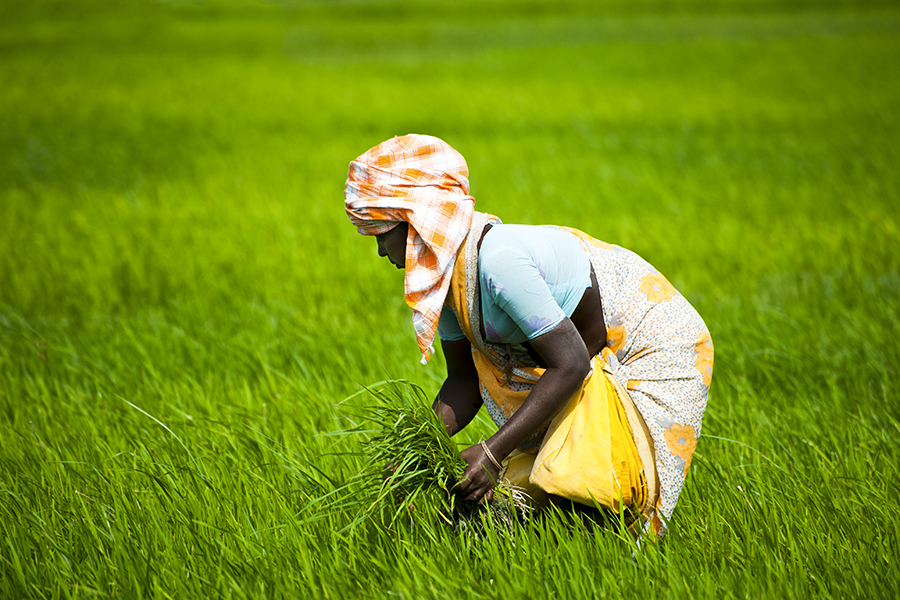 Finance Minister Nirmala Sitharaman presented the Union budget 2021-22 today in the parliament. In her two-hour long speech, Sitharaman spoke of the allocation of the total grant of Rs 34,83,236 crores. For agriculture—that received Rs 131,531 crore of the total allocation—Sitharaman highlighted how since 2016 the government has been able to increase the income of the farmers. 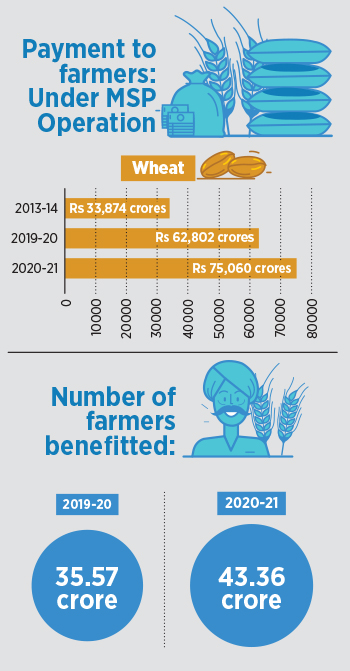 Sitharaman said, “The MSP regime has undergone a sea change to assure price that is at least 1.5 times the cost of production across all commodities.” Though the potential removal of MSP remains one of the points of contention for farmers, Sitharaman said the procurement of crops like paddy, wheat, pulses and cotton has increased manifold since 2016 and a total of 43.36 lakh farmers have benefited from these payments as opposed to 35.57 lakh previously.

“Though the budget has highlighted the outcomes of past MSP procurements, it has deterred from announcing any new proposals with regards to expanding the existing scope of MSP by guaranteeing some specified quantity for procurement under it,” says Arun Singh, Global Chief Economist, Dun and Bradstreet.

While the farmers continue their protest against the farm laws—the Farmers’ Produce Trade and Commerce (Promotion and Facilitation) Act, 2020; Farmers (Empowerment and Protection) Agreement on Price Assurance and Farm Services Act, 2020; Essential Commodities (Amendment) Act, 2020, there was barely any mention of the same during the Finance Minister's budget announcement. “The budget saw no mention of farm laws, which is a sign that even the government doesn’t know what to do with the laws," says Sharanjit Singh, a farmer protesting the farm laws at Delhi's Singhu border since November 26. 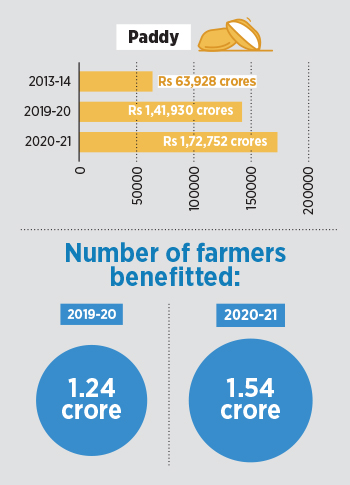 Additionally, Sitharaman announced an increase in allocation to the Rural Infrastructure Development Fund from Rs 30,000 crores to Rs 40,000 crores. This particular announcement is likely to have a significant impact on agritech players. Says Amith Aggarwal, CEO & Co-Founder, Agribazaar, “The rural agri fund will help drive greater outlay and build a world-class agri infrastructure. These investments will reduce farm-to-fork wastage and usher scientific crop growing and post-harvest facilities.” The agriculture infrastructure fund would also be made available to APMCs for augmenting their infrastructure facilities.

One major announcement is that of the Agricultural Infrastructure and Development CESS of Rs 2.5 per litre on petrol and Rs 4 on diesel. This will also be applied on several other goods including a 100 percent cess on alcohol, 2.5 percent on gold and silver bars, 17.5 percent on crude palm oil, 20 percent on crude soyabean, sunflower oil, 35 percent on apples and 40 percent on peas.

Taking the digitisation a step further the finance minister spoke about the online trading platform for agricultural commodities in India—e-NAM. Currently there are around 1.68 crores farmers registered on e-NAM. “Access of eNAM platforms to farmers and traders needs to be improved further. eNAM can definitely help in price discovery. The eNAM platform needs to be complemented with a lending and logistics platform to cater to farmers’ multiple needs,” says Hemendra Mathur, Venture Partner at Bharat Innovation Fund. 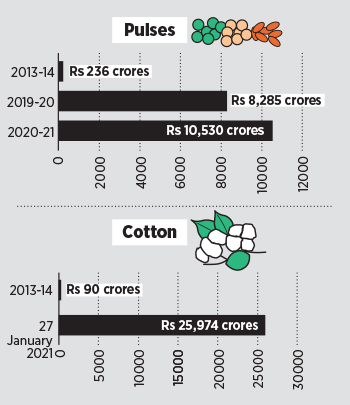 Existing schemes for farmers such as Pradhan Mantri Fasal Bima Yojana and PM-KISAN did not see any additional changes in the Union Budget 2021. According to the Economic Survey 2020, Rs 18,000 crore has been deposited directly in the bank accounts of 9 crore farmer families under the PM-KISAN scheme and Pradhan Mantri Fasal Bima Yojana covers over 5.5 crore farmer, year-on-year. “Surprisingly the budget hasn’t increased income support to small and marginal farmers under PM-Kisan Scheme which was widely expected,” adds Singh.

However, The Survey of Villages and Mapping with Improvised Technology in Village Areas (SVAMITVA) scheme that was introduced in October 2020, for six states initially, will now be implemented nationally. The scheme lets villagers use their property as a financial asset for taking loans and other financial benefits. So far, the finance minister stated, 1.80 lakh property-owners in 1,241 villages have been provided cards.

To boost value addition and exports of agricultural produce, the FM proposed to enlarge the scope of ‘Operation Green Scheme’ that is currently applicable to tomatoes, onions, and potatoes, to 22 perishable products. Agricultural credit target has been enhanced to Rs 16.5 lakh crores in FY22. “We will focus on ensuring increased credit flows to animal husbandry, dairy, and fisheries,” she stated.

Substantial investments in the development of modern fishing harbours and fish landing centres are expected, starting with five major fishing harbours–Kochi, Chennai, Visakhapatnam, Paradip, and Petuaghat. “We need to observe the vehicle for delivery of these funds and how it will reach the last mile. The proposal to raise fish production to 200 lakh tonnes by 2022-23 can be achieved only through focussed investments in aquaculture,” says Prasanna Manogaran, Founder of Aqgromalin, an agri-tech startup.

Though the government has increased allocation under Priority Sector Lending (PSL) to agriculture to Rs 16.5 lakh crores, Mathur says, “only 30 percent of Indian farmers have access to institutional credit. The challenge is to improve access of PSL loans to small holder farmers which need a strong digital platform for reducing transaction cost for bankers to build farmer access.”