The IMF cautioned that its forecast was more uncertain than usual because the trajectory of the pandemic remained hard to predict. Even in countries where infection rates are declining, major obstacles such as the hindrance to travel, mobility and consumption persist 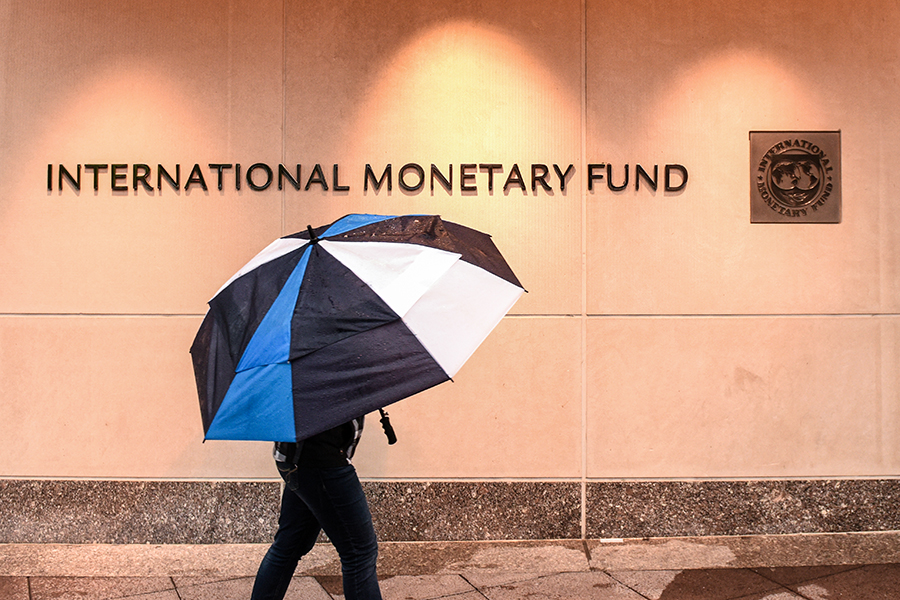 WASHINGTON — The International Monetary Fund warned Wednesday that the global economy faces an even deeper downturn than it previously projected as the coronavirus pandemic continues to sow uncertainty and businesses around the world struggle to operate amid the virus. The forecast underscores the scale of the task that policymakers are facing as they try to dig out from what the IMF has described as the most severe economic contraction since the Great Depression. Even as countries begin reopening their economies, it is increasingly evident that the recovery will be uneven and protracted as cases continue to surge and consumers remain wary of resuming normal activity. More than 35,000 new coronavirus cases were identified across the United States on Tuesday, according to a New York Times database, the highest single-day total since late April and the third-highest total of any day of the pandemic. Other countries are also experiencing surges in new cases, complicating plans to reopen the global economy. In an update to its World Economic Outlook, the IMF said it expected the global economy to shrink 4.9% this year — a sharper contraction than the 3% it predicted in April. The fund noted that, even as businesses began to reopen, voluntary social distancing and enhanced workplace safety standards were weighing on economic activity. Moreover, the “scarring” of the labor force from mass job cuts and business closures means that the world economy will recover much more slowly, with the IMF projecting 5.4% global growth in 2021, far below its pre-pandemic projections. Overall, the IMF expects that the cumulative loss of total output for the global economy this year and next year will top $12 trillion. “We are definitely not out of the woods,” said Gita Gopinath, director of the IMF’s research department. “This is a crisis like no other and will have a recovery like no other.” The IMF forecast is more grim than global projections outlined earlier this month by the Organization for Economic Cooperation and Development. And its U.S. forecast for 2020 is also less optimistic than what the Congressional Budget Office and the Federal Reserve have projected. The IMF now projects that the U.S. economy will shrink 8% this year before expanding 4.5% next year. The Fed in June projected a particularly sharp economic hit in 2020, with officials expecting output to contract by 6.5% at the end of this year compared to the final quarter of 2019, before rebounding by 5% in 2021. A May report from the CBO forecast a 5.6% contraction in the United States this year. Charles Evans, president of the Federal Reserve Bank of Chicago, said on Wednesday that he expects a “broad recovery will take some time” in the United States, adding that “the future is more uncertain now than at any other time” in his professional career. “My forecast assumes growth is held back by the response to intermittent localized outbreaks— which might be made worse by the faster-than-expected reopenings,” Evans said. “Usually, we are able to look to the past for guidance on what is in store for the future. But in this situation, there is simply no relevant benchmark.” Gopinath said in a news briefing that the world was facing the worst downturn since the Great Depression. However, she said that the depth and duration of the economic collapse were not expected to be as severe, given the strength of the economy going into the crisis and the relative stability of the financial system. The path of the recovery remains difficult to track, she added, noting that much will depend on the development of a vaccine or cure for the coronavirus pandemic or whether future waves create the need for additional lockdowns. The pandemic has not spared advanced or developing economies. Economies in the eurozone are projected to shrink 10.2% this year and expand 6% next year. In China, where the virus originated and which imposed draconian containment measures, the economy is expected to expand 1% this year and 8.2% in 2021. Yet the Trump administration continues to suggest a more bullish outlook for the U.S. economy. Larry Kudlow, the director of the National Economic Council, said Tuesday that he expected a V-shaped recovery, meaning a sharp, steady economic uptick on the heels of recession. And Treasury Secretary Steven Mnuchin said that he could foresee the recession being over in the United States by the end of the year. “I think you’re going to see a spectacular rebound off the bottom in the third quarter,” Mnuchin said a virtual conference sponsored by Bloomberg on Tuesday. Prolonged economic pain could increase pressure on the Trump administration and U.S. lawmakers to move forward with another round of stimulus measures. House Democrats want a $3 trillion economic support package, but Republicans are increasingly wary of the long-term impact of such spending on the deficit. Mnuchin said this week that future measures should be more targeted to help industries that have been hit hardest by the pandemic. President Donald Trump has suggested he would be open to another round of stimulus checks, which could land in peoples’ bank accounts just ahead of the November election. The IMF cautioned that its forecast was more uncertain than usual because the trajectory of the pandemic remained hard to predict. It praised robust fiscal and monetary policy responses around the globe for helping to contain the economic fallout, but warned that mounting debt could constrain additional support as governments began to worry about ballooning deficits. The IMF report notes that, even in countries where infection rates are declining, major obstacles to a resumption of normal activity persist. Travel and mobility remain depressed, and the virus has dealt a blow to consumption and business investment.

Tweets by @forbes_india
Taking a leap of faith in himself – meet self-made millionaire entrepreneur Aakash Yadav
Photo of the Day: Delhi surpasses Mumbai in Covid-19 tally