Ferrari at the crossroads, but it should get back on track

Fiat has already benefited from spinning off its most valuable brand, but can the legendary Italian sports car company find a new gear on its own? 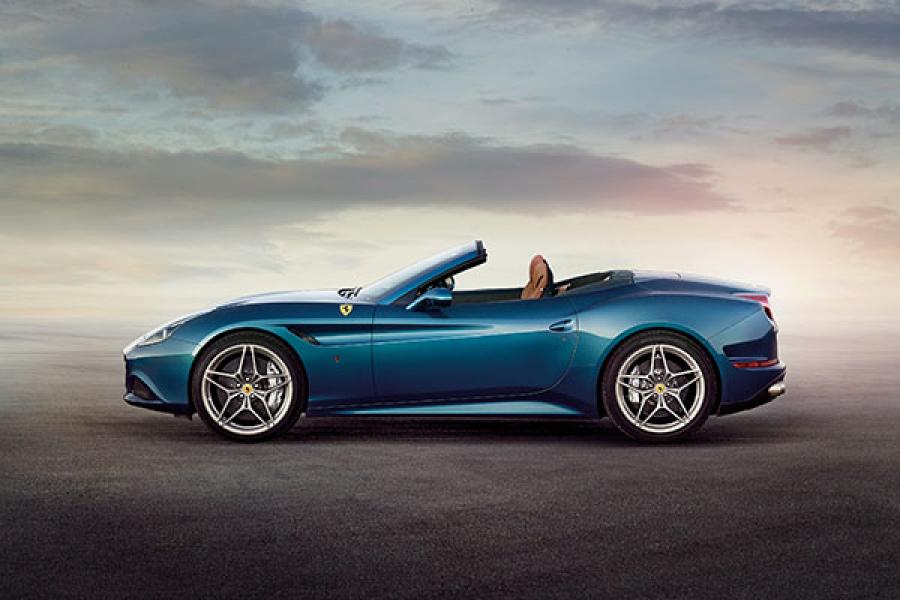 Following a 23-year reign that elevated Ferrari from a decaying Italian sports car company to one of the brightest constellations in the automotive firmament, Ferrari Chairman Luca Cordero di Montezemolo was forced to step down in September after clashing with Sergio Marchionne, CEO of Ferrari’s parent, Fiat Chrysler Automobiles (FCA), about the direction of the company and the once vaunted Formula One team. “Ferrari is now American,” Montezemolo reportedly said on the way out, and he didn’t exactly mean it as a compliment.

Weeks later, Marchionne made another major shift: After 45 years Fiat announced it would spin off Ferrari, offering 10 percent of outstanding shares to the public in the US by next June. And with the stallion out of the barn, Marchionne had one more bombshell: Ferrari would be paying approximately $2.8 billion (including profit distributions and debt transfers) to FCA, a stunning measure of Ferrari’s balance sheet and FCA’s weakness.

So what does independence mean for the legendary brand? Recent Formula One results aside, Montezemolo’s strategy for Ferrari was in high gear. Ferrari’s road car programme has posted record financial returns and achieved engineering excellence only Porsche and McLaren can approach. With a hard production ceiling imposed to ensure rarity and high resale values, Ferrari has just over 7,000 buyers each year, many of them purchasing a $250,000 car merely to stay on the preferred clients list.

Fueling that success are high-profit offerings like the new topless F60 America. Loosely based on the V12-powered F12berlinetta but with an as-yet-undefined power train, the one-time-only release of ten $3.1 million roadsters has already been sold, those commitments based purely on a full-scale maquette that promises Ferrari’s unique blend of art, speed and an incomparable visceral experience.

With freshly tailored lines inspired by the F60 America and a new twin-turbo 553 hp 3.9-liter V8 that may presage other Ferrari turbos, the 2015 California T is the company’s new “volume” car, now a worthy gateway to Ferrari ownership. Its performance promises to wash away criticisms of the 2008-14 California as a “lifestyle” vehicle. As an example of Ferrari’s artistic delivery of thrills, the California T’s complex, three-piece exhaust manifold is designed like a fine wind instrument to produce the operatic tenor expected of a Ferrari, not the dull, suffocated moan associated with lesser turbo engines.

Following its spin-off, Ferrari will continue to provide engineering and engine assembly services to its sister company, Maserati, which is also hitting ambitious growth targets. Without investment to expand capacity, Ferrari would be hard-pressed to provide similar services to Alfa Romeo beyond a low-volume sports car like the 2007-10 Alfa 8C Competizione. Potential expansion of engineering services may prove a lucrative adjunct to Ferrari’s road car, racing and licensing programmes, though combining engineers to create a cohesive team is a lengthy process that cannot be rushed without compromising quality.

Naturally, Ferrari cultists worry that after FCA has swept cash from the company’s balance sheet and transferred FCA debt, Ferrari may be forced to expand annual production to turn more profit by satisfying demand in markets like China, a move that might diminish long-term valuations. Public statements by FCA executives about adopting less costly construction techniques are another cause for concern.

Long-term value is an inextricable part of Ferrari’s brand power. In August, in Monterey, California, Bonhams auctioned a 1962 Ferrari GTO for a record $38 million. And despite being eclipsed in F1 recently by teams like Red Bull and Mercedes, Scuderia Ferrari has an estimated market value of more than $1 billion.

Ferrari supporters, known as “Tifosi”, hope for the formation of another dream team like the one built in the past decade around the most profound driving talent of our time, Michael Schumacher. With Schumacher behind the wheel and a non-interference agreement in place with Montezemolo, Scuderia Ferrari embarked on an unprecedented run, securing six Constructor titles and five World Drivers’ Championships between 1999 and 2004. When Schumacher retired in 2006, the dream team dissolved; except for one driver’s championship in 2007, the Scuderia has never recovered. Many hope Marchionne will agree to a new non-interference pact with the Scuderia.

For nearly 70 years Ferrari has been held safely—first in the hands of founder Enzo Ferrari, then in partnership with the Agnelli family, which founded Fiat in 1899. Unlike Lamborghini, which passed through a number of uninspired and even questionable owners before the VW takeover in 1998, Ferrari is perceived as sacrosanct, an Italian institution beyond the reach of interlopers and opportunists.

Chairman Marchionne declined an interview about the spin-off, but the Ferrari/FCA math is fairly straightforward. Piero Ferrari’s family will retain its 10 percent stake in Ferrari. Fiat Chrysler Automobiles (FCA) owns the remaining 90 percent and will offer 10 percent to create a publicly traded market for Ferrari shares. Analysts expect the initial offering in 2015 to raise between $700 million and $1.2 billion, cash needed to fund development of FCA’s Jeep and Alfa Romeo brands, and reduce debt loads incurred when Chrysler paid back government loans in 2011 and bought out the UAW Trust’s ownership position early in 2014.

Promises for a healthy future should also be secured by the Agnelli-controlled Exor, an investment company that owns 30 percent of FCA and will maintain 30 percent of Ferrari, thereby creating a 40 percent bloc with Piero Ferrari, a formidable bulwark against a Ferrari takeover by an unwelcome third party. Though corporate responsibility to a range of shareholders is a new dynamic, this series of chess moves takes financial pressure off FCA to raise capital by selling Ferrari outright while also allowing FCA to maintain the perception of historical control of Ferrari in Italian hands.

Though Marchionne’s intentions still remain veiled and his saddling of Ferrari with FCA debt is not promising, change at Ferrari will likely not be as radical as some fear. If the company can adhere to the stout principles of Montezemolo and earn its way out of debt, Ferrari should get back on track.