Make Your Own Luck

Listen to others but make up your own mind 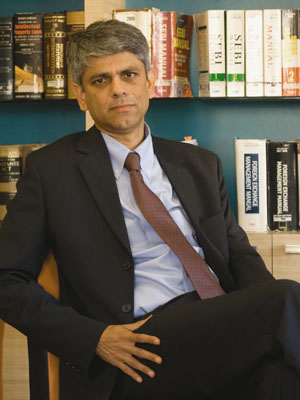 As a father of two kids, I was drawn to Jim Rogers’ A Gift to My Children, which offers life lessons to his young daughters using his experience in financial investing as metaphors.

A number of messages in the book emphasised time-tested basic values: Listen to others but make up your own mind; do the work you love; know yourself if you want to accomplish anything; don’t rely on established notions but respect rules, laws and ethical practices; the importance of studying history to get an understanding of how the world works (but also the importance of reading more than one version of events because it is the winners who write history); to consider matters holistically. My favourite: He exhorts his children to “make your own luck”, that there is causality between hard work and luck.
Amid much commentary on the power shift in the East, I found interesting perspectives in Kishore Mahbubani’s The New Asian Hemisphere. He notes that while Western pragmatism distrusts ideology, ironically ideology seems to be driving Western thought and action. He points out that while “at home, [the West], would never allow a minority to make mandatory decisions over the majority, globally, this is exactly what the West does.” Conventional Western thought says embracing the Western political model leads to economic success; the book instead posits that Asian economies have grown by adopting the Western economic model while substantially retaining their political model. The West will need to view Asia through a new lens — how people can be happy in a politically and economically un-Western society — and must accept that Western values and cultures are often not considered superior any longer. Mahbubani’s guidance for the new century is for pragmatism to prevail over ideology.
(As told to Malini Goyal)
Bobby Parikh is Managing Partner, BMR Advisors. Ex Libris features business leaders on the books that influence them

Tweets by @forbes_india
Uncovering Your Passions and Their Applicability
Goa: Paradise Lost