Military censors sever the internet across most of Myanmar, matching the darkness outside with an information blackout while Soldiers sweep through the cities, arresting, abducting and assaulting with slingshots and rifles 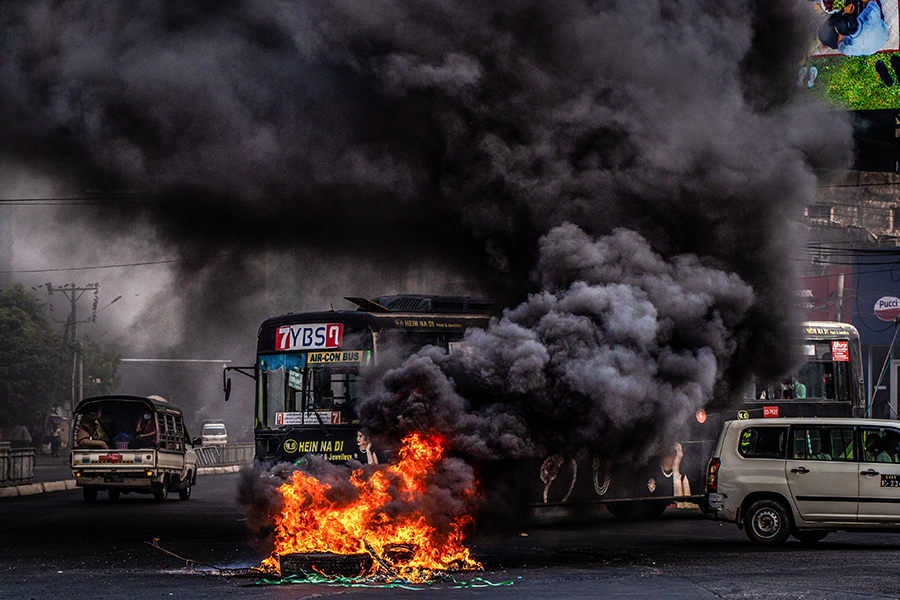