Is India Part of the First World?

Bad governance, strong democracy, poor human development, good financial regulation. No one said India wasn't a land of contradictions. But can she stand with the West now?

Shiny Happy People
The London-based New Economics Foundation came out with its second edition of the Happy Planet Index (HPI) in May this year, ranking India — 35th out of 143 — well above all the rich developed countries, with the UK standing at 74 and the US at 114.

All Ants, No Grasshoppers
The savings rate is a measure of the resources available domestically to fuel investments to spur economic growth. At 37.7 percent of GDP in 2008, India has an enviable savings rate. The US rate is 11.9 percent, UK is at 15 percent. 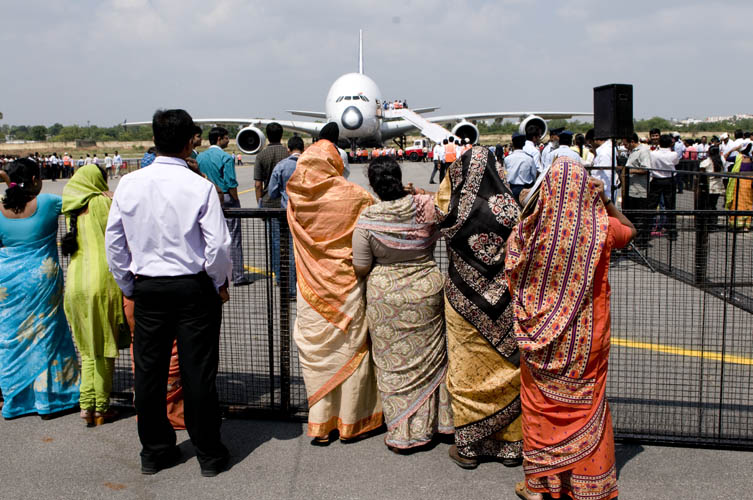 Image: Dinesh Krishnan
The new Hyderabad International Airport is one amongst various infrastructure upgrades in the country
Citizen Unfriendly
In the Human Development Index (HDI), the United Nations Development Program (UNDP) Statistical Update 2008 ranks India at 132 out of the 179 countries. At 116 out of the 157, India also ranks poorly in the Gender Development Index. While India falls under the “Medium Human development” category, all the developed countries are bracketed under the “High Human Development” category. HDI is based on purchasing power parity, life expectancy at birth, and education levels.
Good Market Fundamentals
The nature of the ongoing financial crisis in the West and the robustness of the Indian system has tilted the debate in favour of a stricter regulatory regime. However, Bimal Jalan, former RBI Governor and a sitting MP, disagrees. “The access to banking in India is still very low. Interest rates do not have much of a relationship with inflation. We have a vanilla banking system, we have a long way to go. Others may be realising that they have made mistakes but that’s a different matter.”
Largest Democracy, But Is It Any Good?
India is surrounded by countries that have had a lot of internal strife and violence often causes change of regime. In spite of a volatile situation both within the country and outside, power has never changed hands by violent subversion of people’s wills. Elections are relatively clean and India is one of the few countries in the world to have had a woman prime minister. Former Bharatiya Janata Party national secretary Sudheendra Kulkarni says, “Of course, we still have many serious problems in governance. Nevertheless, in terms of the maturity of our democracy and its institutions, we can proudly say that we come in the category of ‘developed’ countries.”