Will a Law help the Gentleman's Game of Cricket?

Left at sixes and sevens, legal boundaries are unlikely to save cricket 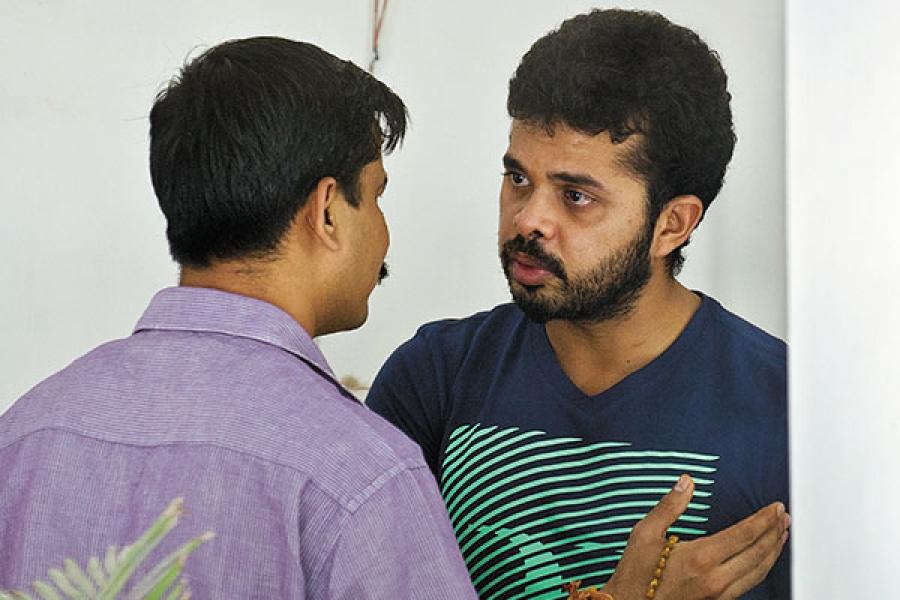 Image: Getty Image
Sreesanth with a Delhi Police official; legislation to prevent fi xing is tricky as there are too many shades of grey

The stakes involved in international cricket today are unimaginably high compared to when it was just gentlemen’s recreation. Modern cricket’s glamour and lucre, especially tournaments such as the IPL, have ensured that the number of stakeholders—both wanted and unwanted—has multiplied. It is time to plug the loopholes so clearly revealed by the IPL scandal for brand cricket to survive.

It would, however, be difficult to tackle it with legislation simply because law is intended to separate black and white. The cricket scandal has so many shades of grey that it is almost impossible to prove the intent to cheat.

The string of accused beginning with bowler S Sreesanth is likely to be charged under sections 120B, 409, and 420 of the Indian Penal Code but the case is unlikely to hold up in a court of law because spot-fixing or betting on sports events aren’t specifically covered under the Code. These sections are usually invoked for criminal activity. Unethical activity in sports matches will be too high a threshold for them. The archaic and vague Public Gambling Act, 1867’s definition of a gambling house will likely not extend to bookies operating over the internet or phone. There is also an exception in this Act for games that require skill and, therefore, are outside its ambit.

The government is planning legislation to enforce ethics. Legislation to prevent fixing and other unethical activities is tricky, and will have to be carefully drafted to be effective.

It is also important that the legislation sets parameters for potential classes of plaintiffs, and the circumstances under which they have a legitimate cause for action. There are five categories of transgressions that must be addressed:
• Players spot-fixing or fixing matches
• Umpires’ decisions for bookies
• Bookies fixing games or spots or taking bets illegally
• Team officials betting on/sharing inside information
• Anyone unethically influencing the result of a match

To ensure that games are untainted and players give their best, the law must factor in the potential for human error, or a momentary lapse of skill or judgement. How do you prove, for instance, that a ball went wide because the bowler intentionally turned his wrist a tad more than he was supposed to? Or was the wide ball a gambit to lure the batsmen into complacency? The shades are too grey for law to make a decisive separation.

Legally and strategically, it is better for the BCCI and IPL to incorporate tried and tested systems and processes to promote fair play and deter unethical activities. Otherwise, laws enacted to protect the sanctity of the game could end up killing it. After all, error and failure is integral to sport.

The author is a sports attorney at J Sagar Associates. Views are personal.