Surjit Bhalla: Why Ending Doles Will Help The Poor

The government’s fixation on bad subsidies is supporting corruption, not the poor 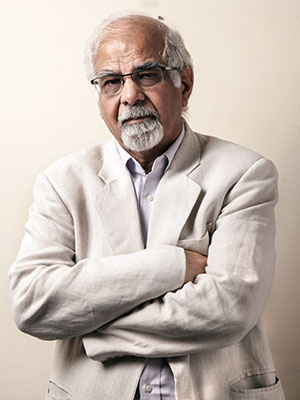 Surjit S Bhalla
Profile: Surjit Bhalla is the chairman and MD of Oxus Investments, a New Delhi-based economic research, asset management and emerging-markets advisory firm. He’s worked at the research and treasury departments of the World Bank, and also had stints with Goldman Sachs and Deutsche Bank.


India turns 66 this month. That it has transformed during this time is believed by most of its citizens. Consider that a majority of us were born after 1990, when India’s per capita GDP was $400 a year. Today, the figure is more than four times higher at over $1,600. Yet, most Indian policymakers behave as if, on an average, we are a very poor country and that nearly two-thirds of the total population needs attention in the form of transfers (doles) from the government. Most people, and almost all taxpayers, in India and across the world do not object to money spent in the uplift of the poor and in providing them with basic infrastructure and services. I have yet to meet anyone who protests the provision of roads, water, sanitation, education and health care to the poor.

Leaky, corrupt, ‘in the name of the poor’ subsidies are the problem and considered objectionable. They provide little income support to the poor and subtract from the subsidies that are desperately needed. This is particularly relevant in the sterile ‘growth versus redistribution’ debate that is currently raging in India. Prime Minister Manmohan Singh and Congress President Sonia Gandhi (the duo is hereafter referred to as Manmonia) along with their advisor, Nobel laureate Professor Amartya Sen, portray that India spends precious little on redistributing income. But the facts indicate otherwise.

There are at least two obvious reasons why India, like other countries, spends its fair share on redistribution. First, it has a very small income tax base, with the lowest taxpayer in the top 20 percent of the population. Thus the poor, the emerging middle class and half of the middle class do not pay any income taxes. Second, corporate taxes are paid by the wealthy. Therefore, a substantial proportion of money spent on redistribution is financed by the “rich” taxpayer.

Now, the poor and the taxpayer alike are concerned with the form taken by the subsidy or redistribution. Bad subsidies do not enhance productivity, good subsidies do. And the Congress-led UPA, both shades I and II, has been consistent in its advocacy of dole for the bottom half to two-thirds of the population.

Never in the history of India was two-thirds of the country considered poor—not even by the ‘garibi hatao’ queen Indira Gandhi. Indeed, there is no country in the world that sets its own poverty line to contain two-thirds of its population. The question, therefore, is: What prompts Manmonia to continue and substantially increase its dole expenditure over what had already prevailed before they arrived on the scene in 2004-05? 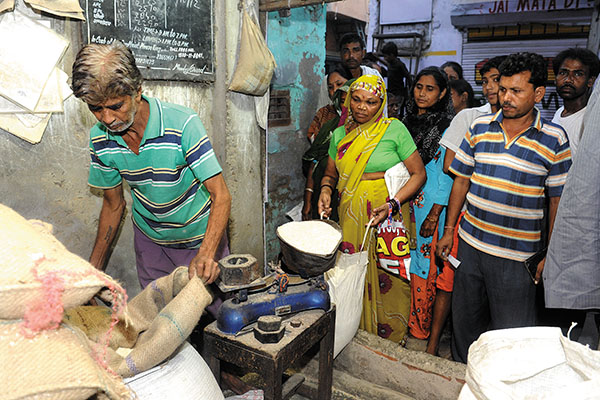 Image: Tribhuvan Tiwari / Outlook
India persists with dole policies like the PDS despite huge evidence of corruption in it

Their policies have made India a welfare dole state before its time. The table notes the magnitude of Central government spending over the last decade and the nature of “redistributive” subsidies, both good and bad: That is, subsidies that enhance individual productivity (through roads, education, health) and dole that merely transfers income and reduces poverty (in the unlikely event that it reaches the poor on a consistent, targeted basis) only on a “maintenance” basis. In 2004-05, good subsidies constituted 0.9 percent of GDP, and bad subsidies 1.6 percent. In 2011-12, bad subsidies touched nearly 3 percent.

The dole comprises four broad categories of expenditure—fuel, fertiliser, food and employment. Even the Congress does not argue that the first two do much to help the poor. Less than 15 percent of dole regarding food and employment actually reaches the targeted poor. And the remaining 85 percent does not even accrue to the aam, but not poor, aadmi. A large fraction (about a quarter) of it is mostly unaccounted for.

A majority of the countries that undertake transfers (dole) endeavour to ensure that the deserving are properly targeted. The world has had considerable experience with various forms of transfers— cash, conditional cash, food stamps, etc—and the record appears to be broadly favourable for the cash kind. But not in a country like India: We are still debating the merits of such schemes of redistribution. Why? Because of opposition from powerful interest groups as cash transfers substantially decrease (but do not eliminate) the opportunities for big-time corruption. We continue to persist with inefficient and corrupt dole policies for food (PDS) and employment (NREGA). In fact, we want to expand such leaky schemes. This is despite the huge evidence of corruption. The reason: My best guess is an outdated ideology heavily related to old age, that of our policymakers in the Congress and the BJP. Many of them were born in pre-independence dirty, poor India, and their ideology has been shaped by that experience. India has changed, much like the world, but that does not seem to influence their view of the country. Their motto is ‘the government is the saviour’. What confirms this hypothesis is that there was only one 40-plus ‘youngster’ who dared to challenge the public distribution system, and that too when it was a decade old. That ‘youngster’ was Rajiv Gandhi who as PM famously stated that less than 15 percent of the dole meant for the poor actually reached them. To my knowledge, no other leader has dared to question the PDS again. Sonia Gandhi has gone out of her way to reject the wisdom and courage of her late husband. Her view, and the Congress’s, seems to be that the system has failed, and the best way to improve it is by expanding it.