An independent director is an oxymoron: Nirmalya Kumar 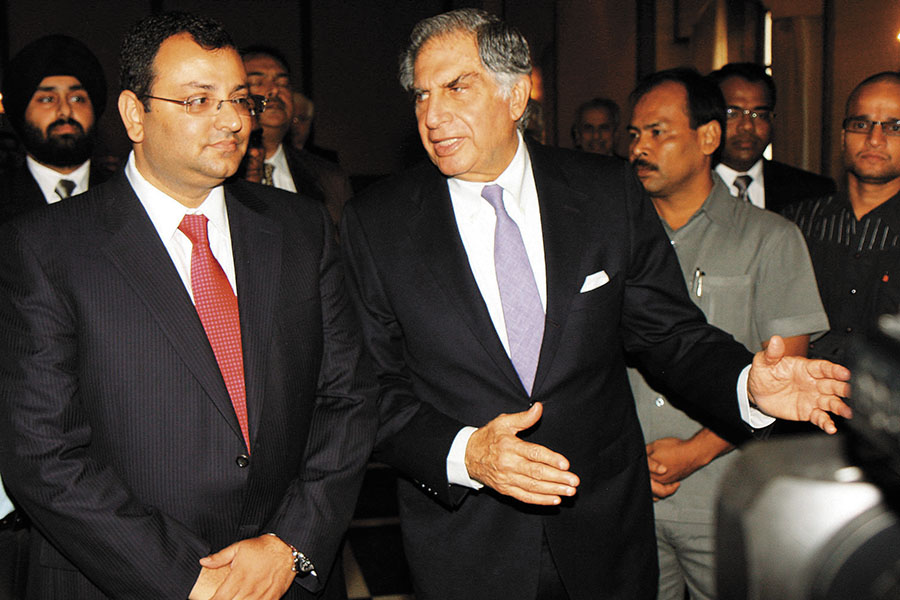 Cyrus Mistry (left) was ousted as chairman of Tata Sons in October 2016 after a boardroom battle that saw the return of Ratan Tata as interim chairman. The saga is illustrative of the control that promoters have over the boards of their companies and that succession planning is not easy
Image: Subhankar Chakraborty / Hindustan Times via Getty Images


Over the past two decades, I have been lecturing on Indian business to overseas audiences. Without exception, someone would bring up the question of corruption in India based on the rankings of agencies such as Transparency International. This would often lead to a discussion on whether all Indian companies were tainted by poor corporate governance and business practices.

While not disagreeing with the general thrust of the argument, I would observe that we cannot paint all Indian companies with the same brush. For example, one should consider corporates like Infosys or the Tata Group that meet, or even exceed, global standards. In my 2009 book, India’s Global Powerhouses, I wrote extensively about their exemplary business practices. Consequently, it is with considerable distress that I have observed the battle in the boardroom of these two corporates over the past year.

The separation of control from ownership in publicly listed companies requires effective corporate governance. As investors have limited visibility, it gives rise to the ‘agency problem’, where managers, as agents, may not run the company in the best interests of shareholders. In theory, the board of directors is supposed to protect the investors since the management has considerable discretion in running the firm. The board ensures that the management does not ‘steal’ funds through private planes and plush carpets and also directs it to suboptimal projects from the investors’ perspective.

In the US, with a dispersed shareholding pattern, there is usually no controlling shareholder. The shareholders are often represented by large mutual fund managers who are supposed to vote on their behalf. The role of the board is to ensure that investors’ rights are protected and the managers are maximising shareholder value. The corporate governance challenge in the US is that the large mutual funds are not ‘activist enough’, and CEOs can obtain considerable control of their boards.

The corporate governance challenge in India is different because ownership is concentrated. More than 75 percent of large Indian listed companies are controlled by family businesses. The promoter owns a substantial proportion of the shares and is intimately involved in the management, either directly as CEO or as chairman of the board. Even when there is a professional CEO, as chairmen, promoters have enough visibility of the operations to make the agency problem a minor concern.

Instead, the corporate governance problem in promoter-led Indian companies is protecting the rights of minority shareholders. Given their control over the companies, promoters can divert funds to themselves via various schemes such as tunnelling or pursue personal pet projects that cannot be justified from a maximising shareholder value perspective. Safeguarding against this must be the focus of corporate governance in India.

Courts are hesitant to get involved, except in the most egregious cases. Courts usually have a hard time understanding the intricacies of business to make distinctions between managerial misjudgement and intentional malpractice. Only recently have class action suits been available to Indian shareholders. Regardless, given the glacial pace at which the Indian court system moves, how confident can one be in the justice system to provide redress? 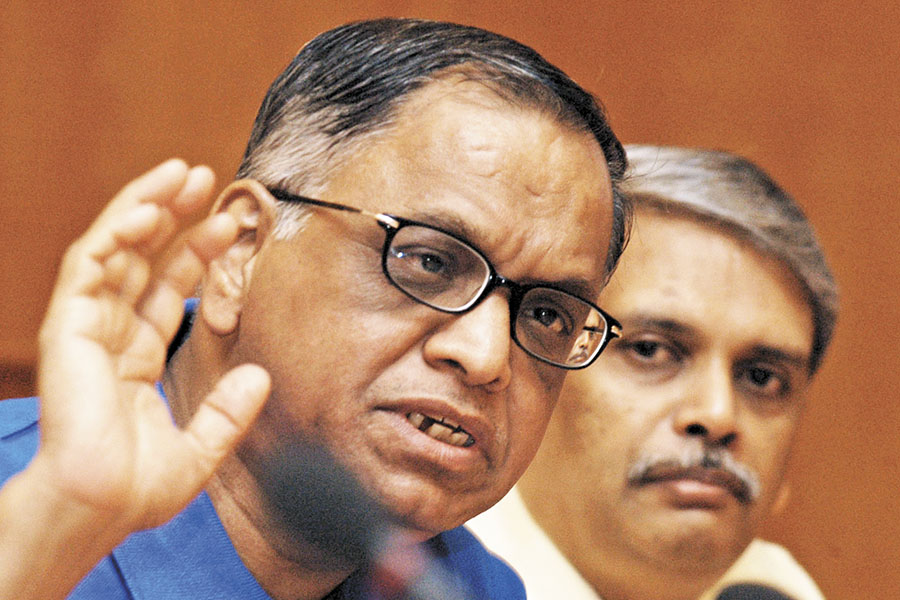 Infosys CEO Vishal Sikka quit the IT major on a bitter note in August this year and a battle between the board and the promoter Narayana Murthy (left) ensued. In many instances, promoters decide to let go of their firms intellectually, but they are unprepared to do so emotionally
Image: Jagadeesh NV/ Reuters

Another check on poorly-run companies in the US is the possibility of a hostile takeover and activist investors. In 2017, Procter & Gamble and Unilever faced this challenge. While they successfully resisted outsiders, the pressure ensured that changes will happen at both corporates to enhance shareholder returns. For example, after averting the Kraft Heinz bid, Paul Polman, CEO of Unilever, raised his company’s target profit margin from 16 percent to 20 percent by 2020, increased dividend, and announced a 5 billion euro share buyback scheme.

However, hostile takeovers or an activist investor obtaining a board position are realistically not possible in India. This leaves the boards of companies with the fiduciary duty of ensuring that the company is maximising value for Indian shareholders. Given the power of promoters, the independent directors, theoretically not connected to promoters, are the primary, and perhaps only, protectors of minority shareholders. Apart from their directors’ remuneration, independent directors in India must not have any pecuniary relationship with the company, its promoters, or associated companies.

The Tata saga demonstrated that even someone as powerful as Nusli Wadia can be ousted for voting against the expressed wishes of the promoter. Most independent directors have much less stature in the absence of their directorships and are definitely not as wealthy. More generally, if independent directors dissents, they get the reputation for being difficult. This will make any further appointments to boards impossible in a country with dense social and economic ties between elites. 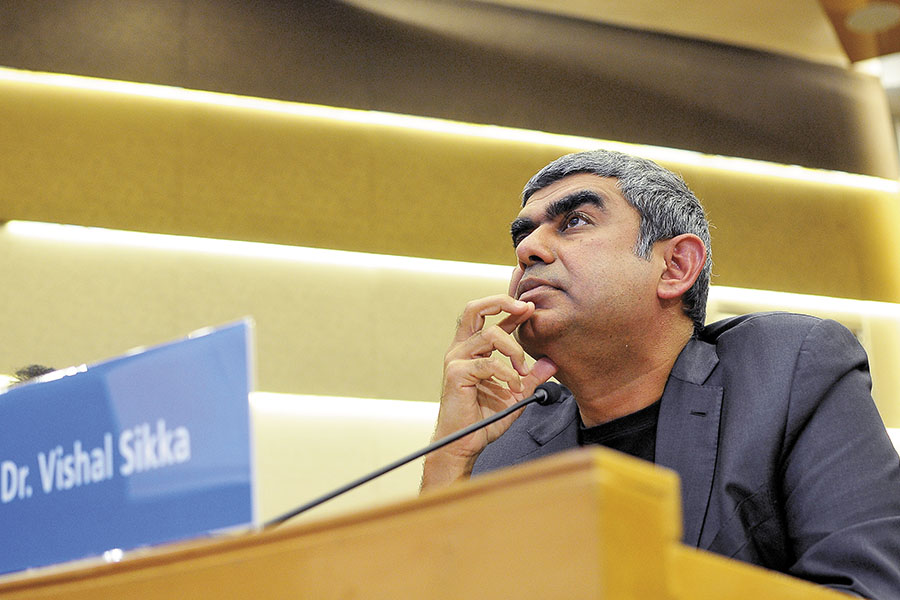 Image: Abhishek Chinappa / Reuters
In 2001, China passed a law that requires board members of public firms to reveal when they dissent from the majority opinion, along with an explanation for the vote. A fascinating paper by Juan Ma and Tarun Khanna published in the Strategic Management Journal in 2016 demonstrated that dissent by board members is rare. If the data for India was available, it would show identical results. I cannot recall the last time a board member dissented on a board I served.

Second, dissenting directors were punished. Dissent substantially increased the likelihood of the dissenting director exiting the director labour market. It also resulted in more than 10 percent estimated loss of annual income. Third, while dissent could be interpreted as a sign of strong corporate governance, firms saw an average share price drop of 0.97 percent on the days in which the dissent was announced.

The unfortunate message is that if you wish to protect yourself and the stock price of the company, do not dissent. However, I doubt directors anywhere need such advice as they are aware of it.

I realise, the above is depressing for those desiring robust corporate governance in India. However, the battle at Infosys and Tata also demonstrates that boards do matter to some degree. In both cases, the promoters, or a subsection of them, were unhappy with the CEO selected by them. The primary reason for the promoters’ displeasure, from what I can discern, was that the new CEOs understood that the companies needed a turnaround. This turnaround would necessitate some unravelling of legacy positions and culture, which the promoters were personally identified with. While intellectually, the promoters had made the decision to let go, clearly they were unprepared to do so emotionally.

In both cases, the boards of Infosys and Tata Sons had supported the new strategy of the CEO and praised the performance of the CEO. Evaluating the CEO is a primary responsibility of the board. It is formally conducted via the nominations and remuneration committee (a selection of the board members headed by an independent director), with the recommendations finally discussed and adopted by the entire board.

In the case of Cyrus Mistry, the board had done this in June 2016, four months prior to asking him to leave. The same board members who were on record praising him in June, once instructed by the promoter, voted to remove him without an explanation. In this sense, the Tata Sons board proved to be spineless.

In contrast, the Infosys board performed admirably even if eventually they lost their battle against the promoter. The chairman of the board gave cover to the CEO by reiterating that the CEO was following a board-approved strategy. The battle by the promoter therefore had to be extended beyond the CEO to an attack on the board. The promoter won for the reasons articulated above, but the board demonstrated both a backbone and independence. Ultimately, the chairman decided he had had enough of the mess and resigned.

A big lesson from these two incidents is that succession planning is not easy. And, if you do decide to leave, please do leave and let the new person do the job they have been hired to under the supervision of the board.

Nirmalya Kumar is a management thinker and Lee Kong Chian professor of marketing at Singapore Management University and Distinguished Academic Fellow at INSEAD Emerging Markets Institute. He is a former member of Tata Sons’ group executive council and has served as a director on the board of several Indian companies.

The opinions expressed in this article are those of the author

Tweets by @forbesindia
Ten interesting things that we read this week
There is a need to grow all of India: Sunil Munjal