Apple cracks down on apps that fight iPhone addiction

Over the past year, Apple has removed or restricted at least 11 of the 17 most downloaded screen-time and parental-control apps 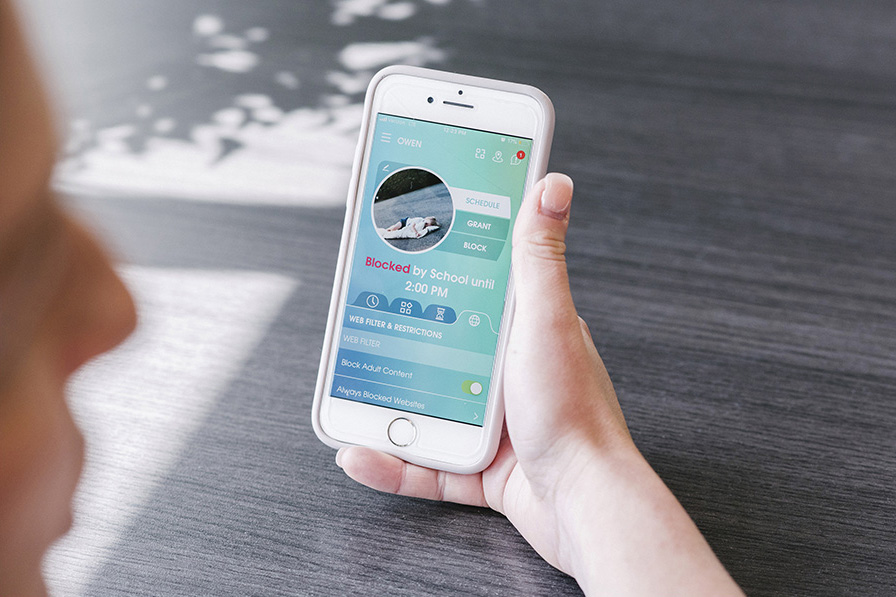 OurPact, a popular parental-control iPhone app, at the company's headquarters in San Diego, March 14, 2019. Last year, with much fanfare, Apple unveiled a screen-time tracker of its own. Then it quietly began purging competitors from its store. Amir Moussavian, chief executive of OurPact, said Apple had yanked his company’s app from the App Store, crippling the business. (John Francis Peters/The New York Times)

SAN FRANCISCO — They all tell a similar story: They ran apps that helped people limit the time they and their children spent on iPhones. Then Apple created its own screen-time tracker. And then Apple made staying in business very, very difficult.

Over the past year, Apple has removed or restricted at least 11 of the 17 most downloaded screen-time and parental-control apps, according to an analysis by The New York Times and Sensor Tower, an app-data firm. Apple has also clamped down on a number of lesser-known apps.

In some cases, Apple forced companies to remove features that allowed parents to control their children’s devices or that blocked children’s access to certain apps and adult content. In other cases, it simply pulled the apps from its App Store.

Some app makers with thousands of paying customers have shut down. Most others say their futures are in jeopardy.

“They yanked us out of the blue with no warning,” said Amir Moussavian, chief executive of OurPact, the top parental-control iPhone app, with more than 3 million downloads. In February, Apple pulled the app, which accounted for 80 percent of OurPact’s revenue, from its App Store.

“They are systematically killing the industry,” Moussavian said. 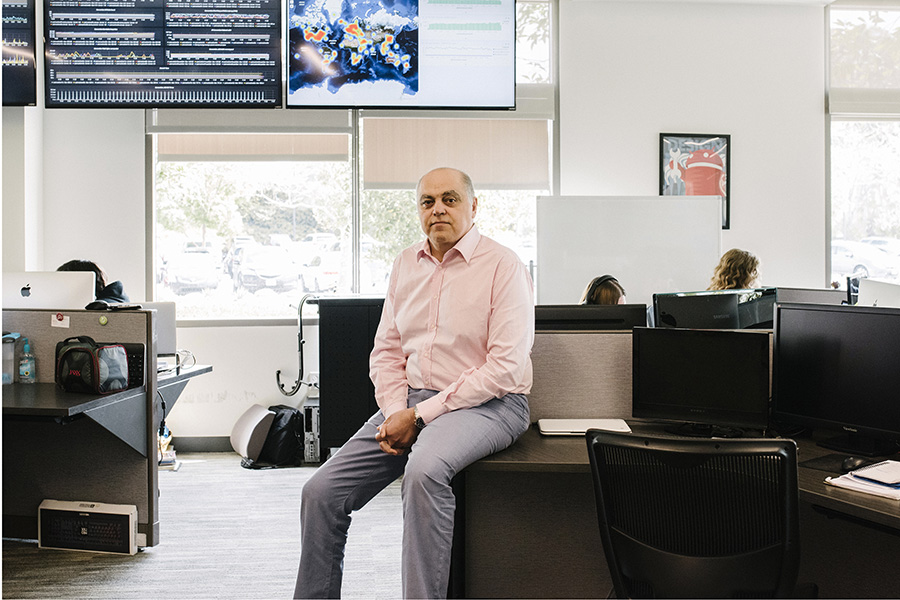 The screen-time app makers are the latest companies to suddenly find themselves both competing against Apple and at the mercy of the tech titan. By controlling the iPhone App Store, where companies find some of their most lucrative customers, Apple has unusual power over the fortunes of other corporations.

Tammy Levine, an Apple spokeswoman, said Apple removed or required changes to the apps because they could gain too much information from users’ devices. She said the timing of Apple’s moves was not related to its introduction of similar tools.

In response to this article, Philip W. Schiller, Apple’s senior vice president of worldwide marketing, said in emails to some customers that Apple “acted extremely responsibly in this matter, helping to protect our children from technologies that could be used to violate their privacy and security.”

Executives at the app makers believe they are being targeted because their apps could hurt Apple’s business. Apple’s tools, they add, aren’t as aggressive about limiting screen time and don’t provide as many options.

“Their incentives aren’t really aligned for helping people solve their problem,” said Fred Stutzman, chief executive of Freedom, a screen-time app with more than 770,000 downloads before Apple removed it in August. “Can you really trust that Apple wants people to spend less time on their phones?”

Tim Cook, Apple’s chief executive, said at a conference this month that Apple had added tools to help people manage their phone use. “We don’t want people using their phones all the time,” he said. “This has never been an objective for us.”

On Thursday, two of the most popular parental-control apps, Kidslox and Qustodio, filed a complaint with the European Union’s competition office. Kidslox said business had plummeted since Apple forced changes to its app that made it less useful than Apple’s tool.

Apple also faces an antitrust complaint in Russia from Kaspersky Lab — a Russian cybersecurity firm that American security officials claim has ties to the Russian government — which said Apple had forced it to remove key features from its parental-control app. The company is exploring a similar complaint in Europe, a Kaspersky spokeswoman said.

“We treat all apps the same, including those that compete with our own services,” said Levine, the Apple spokeswoman. “Our incentive is to have a vibrant app ecosystem that provides consumers access to as many quality apps as possible.”

Apple is facing other accusations that it is abusing its dominant position to lift itself and bury rivals — an issue that has become more important as the iPhone maker expands into new markets like television, news and gaming.

Spotify complained to European regulators last month that Apple used the App Store to give its Apple Music service an unfair advantage over Spotify’s app. Dutch regulators announced this month that they would investigate whether Apple abused its control of the App Store.

In the United States, Sen. Elizabeth Warren of Massachusetts, a Democratic candidate for president, recently suggested separating the App Store from Apple as part of her proposal to rein in the American tech giants.

In early 2018, two prominent Wall Street investors urged Apple to address concerns that people were becoming addicted to their smartphones. In June, the company announced plans for tools to help iPhone owners track and limit their and their children’s phone use. It began offering the tools in September, tucked into the phone’s settings menu.

Apple told the companies that their apps violated App Store rules, like enabling one iPhone to control another, although it had allowed such practices for years and had approved hundreds of versions of their apps.

Apple allows corporations to use such software to control employees’ phones. But last year, the company stopped apps from using the software to enable parents to control their children’s devices. The Apple spokeswoman said Apple had blocked the practice because app makers could gain access to too much information on the children’s devices. Apple cited other rule violations when removing some apps, but the spokeswoman didn’t explain the reasoning behind those moves

Unlike apps such as OurPact, Apple’s tools don’t allow parents to schedule different times throughout a day when an app is blocked. And Apple’s tool blocks adult content only on its Safari web browser and some apps, not on other browsers or many popular apps, like Twitter, YouTube and Instagram.

Bruce Chantry, a 47-year-old father of two outside Cleveland, said he had used OurPact and Mobicip for years until Apple forced them to gut key features.

He has found Apple’s tool more complicated and less restrictive. His children have already found workarounds to Apple’s web-filtering tool and, unlike the apps he had used, it has no kill switch to quickly disable certain apps on their phones, Chantry said.

“It didn’t make managing these new digital threats any easier,” he said. “It actually made it more difficult.”

Apple’s tool has another shortcoming: It requires the whole family to own iPhones. Many apps removed by Apple allowed parents with iPhones to control their children’s Android devices.

Apple has also limited the options for adults who want to fight their own phone addiction. In August, it abruptly pulled down the Freedom app, which allowed users to temporarily disable certain apps and websites. Stutzman, Freedom’s chief executive, said that to return to iPhones, he was forced to stop blocking apps and to block sites only on Apple’s Safari browser. 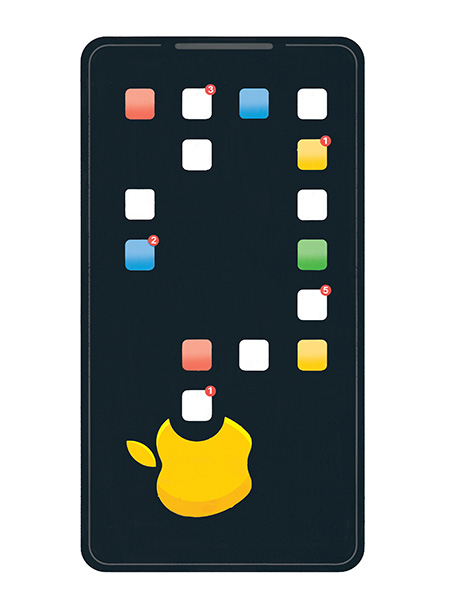 Last year, with much fanfare, Apple unveiled a screen-time tracker of its own. Then it quietly began purging competitors from its store. (Chris Gash/The New York Times)

Apple’s tool now appears to be one of the few ways to disable apps, if not the only one. Yet when a user hits an app’s time limit on Apple’s tool, it provides a single option: “Ignore Limit.”

‘No reason, no detail’

The app makers said they were most frustrated by the process of meeting Apple’s sudden demands. In many cases, Apple alerted them that their apps would be removed — and their businesses crippled — via a short note, according to correspondence viewed by The Times.

When app makers asked for more information, responses were often perfunctory and slow in coming.

“As a developer who’s been on the App Store for 10 years, I would expect some courtesy from Apple of at least a phone call to explain what we’re doing wrong,” said Suren Ramasubbu, the head of Mobicip, a parental-control app that had about 2.5 million downloads this year, about 70 percent of them on iPhones.

On Jan. 19, Ramasubbu received a message from Apple that said he had 30 days to change the Mobicip app or it would be removed from the App Store. “If you have any questions about this information, please reply to this message to let us know,” the note said. “Best regards, App Store Review.”

Over the next 27 days, Ramasubbu responded four times seeking more information. He eventually resubmitted the app with changes he hoped would satisfy Apple’s demands.

Then, with Mobicip’s deadline just a few days away, Apple responded three times to his earlier detailed questions — with virtually the same message: “Your app uses public APIs in an unapproved manner, which does not comply with guideline 2.5.1 of the App Store Review Guidelines.”

“We hear you loud and clear,” Ramasubbu responded on the morning of Feb. 19, Apple’s deadline. He begged for answers: Could Apple tell him what he needed to do to keep Mobicip on iPhones?

“Any general direction, clue or specific guidance will be deeply appreciated. We have been one of the pioneers among parental control apps on the App Store over 10 long years and have always been playing by the rules,” he wrote. “Please point us in the right direction and we can take it from there.”

Five hours later, Apple responded with a 14-word message: “Your app has an unresolved issue and has been removed from the App Store.”

“No reason, no detail,” Ramasubbu said. “Suddenly we don’t have a business anymore.”