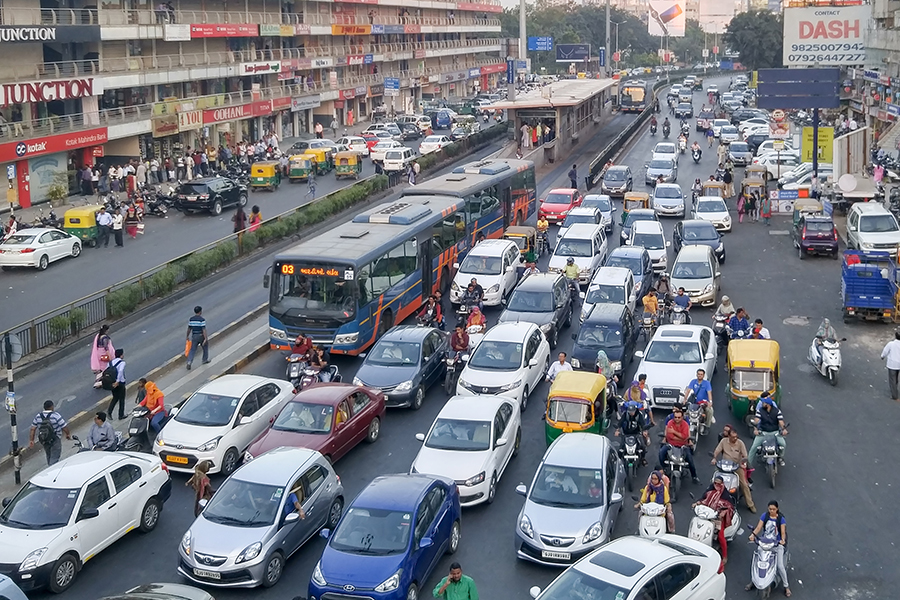 Image: Shutterstock
Big data isn’t something that is useful only for companies seeking to analyse patterns to formulate better business strategies. Common citizens can benefit from it too, as macro-level data on towns and cities can be effectively utilised by various government agencies to draft better developmental policies and goals.

For instance, quantified patterns of the intellectual property that generates from a city, the number of women involved in its governance, the level of greenhouse gas emissions and utilisation of public transport, can help lawmakers make better laws.

Pursuant to a joint initiative by the Tata Trusts, a group of charitable trusts that collectively own majority of Tata Sons – the flagship holding company of the $103-billion Tata group, and the World Council on City Data (WCCD), three Indian cities have already generated and compiled such data. These cities include Pune in Maharashtra, Surat in Gujarat and Jamshedpur in Jharkhand.

The WCCD has accorded WCCD ISO 37120 certification on these cities, which is an international standard published for globally-comparable city data, providing a comprehensive set of indictors to measure a city’s social, economic and environmental performance in relation to other cities.

The ongoing endeavor, called The City Data for India Initiative, will gradually expand the scope of its programme to cover other major Indian cities in the future. The data compiled on cities by WCCD is also validated by a third party to ensure authenticity.

“Data can play an important role in measuring the performance of a particular city against global peers and formulate policies accordingly to improve quality of life,” said Patricia McCarney, WCCD’s president and chief executive officer, at an event in Mumbai.

By partnering with WCCD, Tata Trusts, which is chaired by Ratan Tata, intends to play a vital role in enhancing the data generation and mining capabilities of governments across India to facilitate accountable governance. Towards this purpose, it has two ongoing programmes – DELTA (Data, Evaluation, Learning, Technology and Analysis) and SPARC (Supporting Parliamentarians on Analysis and Research in Constituency). DELTA aims to collect data from citizens and the government and mine it to understand what developmental activities need to be prioritized and how to efficiently allocate financial and other material resources. SPARC is targeted at the democratically elected representatives of people, who can leverage this data to formulate more targeted policies for their constituencies.

“Data has always been very important, though it has been often discarded for being coloured or doctored to suit the owner of such data,” said Ratan Tata, the 79-year-old former chairman of the salt-to-software Tata Group, at the same event. “But now technology has been brought to bear on data collection to ensure that data remains non-discretionary.”

The septugenarian also emphasized that for societies to look at their own past history and compare their current situation with it was a “dead means of achievement and a cover-up for what we don’t want to see.”

“In willing to compare ourselves with our peers outside, as a country, is a start of a real initiative to improve ourselves and give citizens a better life and better infrastructure to serve them,” Tata said.

Indeed, the data collected on Pune, Surat and Jamshedpur have thrown up some surprises vis-à-vis their global standing. Sample this: Pune has one of the highest numbers of new patents registered per 1 lakh people in the world. At 10.7 such patents per year, Pune ranks higher than cities like London and Buenos Aires. In Surat, 57 percent of those eligible to work maintain full-time employment, against 44.8 percent of such people in Taipei and 40.1 percent in San Diego; and enrolment of girls for education in Jamshedpur, at 99.3 percent, is higher than cities like Amsterdam and Toronto.