Learnings from Businesses in Hostile Territory 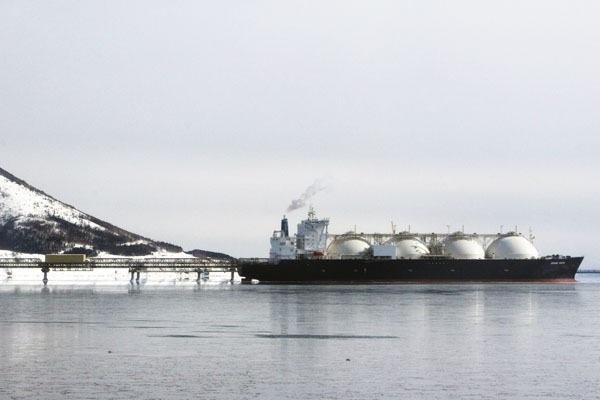 The transport aircraft started its engines and began vibrating so hard it seemed the rivets would all come off. This didn’t seem to bother most of the passengers in its smelly interior, probably because they were all livestock. But the engineers from ONGC Videsh who were sharing the cabin space began fervently saying their prayers. Their fears notwithstanding, they did make it to their destination Sakhalin, in the Russian Far East, an island once used as an extreme detention centre for Soviet convicts.

Through that winter, they faced temperatures in the neighbourhood of -25°C, a far cry from the dusty plains of Gujarat that they were used to. Local tales of people losing ears and toes to frostbite gave them regular nightmares.
Growing ambitions are leading many more Indian companies off the beaten track. Medium-sized Indian companies too have begun trading, manufacturing or looking for resources in places like the Czech Republic, Nigeria, Sudan, Colombia, Iran and Myanmar. To survive, most are picking up skills on how to constantly assess risk in various geographies and figure out how to deal with it. Uncertain political environment, organised crime or civil war are often more difficult to handle than climate. 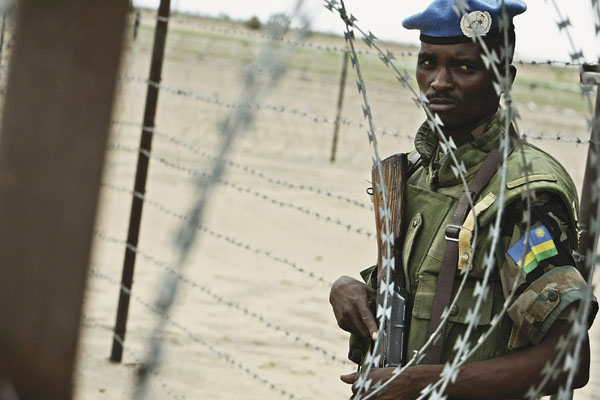 Image: Stuart Price/ Reuters / Albany Associates / Handout / (Sudan)
RED ALERT A Rwandan soldier stands guard in North Darfur
“ONGC is just one of the companies whose search for resources takes it, more often than not, to difficult places,” says the company’s director - finance, D.K. Saraf. The oil company operates in varied geographic and political environments in over 20 countries. (And, incidentally, has since made a huge success of the Sakhalin venture.)
Africa has proved to be especially tough for Indian companies in the past, due to the sensitive political environment and resentment against expatriates in some countries. Employees of the Pramod Mittal-led Global Steel Holdings in Nigeria were kidnapped in 2007 by local workers who were demanding better pay benefits. “We were unaware of the risks of working there and had taken our families too,” says a former employee who has since come back to India. A lot of the blame in this case has been put on the functioning of Global Steel Holdings, which allegedly did not pay salaries to the locals. Indian employees say they were not properly apprised of the situation before being posted to Nigeria.
A few others, like JSW Steel, found early success at Mozambique, when it found huge reserves of coal. Unfortunately though it was looking for coking coal for its steel plants, it could only find thermal coal that can be used in power plants.
Other than these setbacks, undeveloped infrastructure means that there have to be backups for emergencies. “If machinery breaks down in the middle of forests, where the mines are located, the teams often have to travel back for hours to a city for a small spare part,” says Tuhin Mukherjee, executive director, mining, JSW Steel. The experience, he adds, has now led JSW to plan its operations and logistics more carefully More and more companies are moving to obtain services like healthcare, security and risk management from specialists like iJET and International SOS, which have divisions all over the world. These firms provide up-to-date information on situations including terrorist acts, labour disruptions or weather-related problems (like the current volcanic ash issue in Europe) to travellers as well as to the company management. They also help in educating travellers on how to prepare for potential safety issues.
On a completely different plane, companies are also addressing cultural issues for their employees travelling abroad on work. Many of these have the potential to cause misunderstanding that cannot be reversed easily. Tom Ridley, director security services of Asia-Pacific International SOS says, “Bad things happen to good people all the time.” Simple tips like not being too conspicuous, reading up about the locations in advance, using local newspapers for an awareness of the surroundings are commonsensical. But business travellers do have to do much more than that in some places. In Colombia for instance, promoters of an Indian company who had gone to Bogota to negotiate with local partners were told their security guards should be in plainclothes. Uniformed guards would attract more attention and increase the chance of kidnapping.
Some of the places may be attractive for the resources they hold, but can also be expensive to work in. ONGC, for instance, had to walk away from oil deals in onshore Nigeria because the cost of insurance cover, local security and building a gated community was simply too high. In some cases it could be employees that walk away. The prospect of living behind a wall protected by barbed wire can unnerve many.
Robert Mintz, global travel manager for Rotary International, manages travel for the organisation in its work around the world. He says companies are becoming more aware of their own “duty of care” responsibility to mitigate travel risks. While high-profile terrorist events grab the headlines, the most frequent and costly travel-related incidents result from illness, traffic accidents and crime. “‘Been drinking’ poses a greater risk to most travellers’ safety than Bin Laden,” he says. Companies need to organise internal travel emergency response committees and certify that their travellers are trained in best travel-safety practices.

Travelling Safe
1. Register all travel with your embassy to receive alerts and updates on the current security situation.
2. Take active measures to avoid becoming a victim of crime. Dress conservatively. Avoid displays of wealth, going to slums and walking alone — especially at night.
3. Be aware of your surroundings.
4. Do not use ATMs outside of banks or upscale hotels.
5. At your hotel, request a room in between the second floor and eighth floors. Most fire departments don’t have equipment that can reach beyond the seventh floor. Also, rooms facing the street and on the ground levels are the most vulnerable to crime and vehicle borne attacks.
6. Rely on private transportation. If you must use a taxi, have your hotel or a trusted associate arrange it for you.
7. Avoid all demonstrations and rallies. Monitor local sources for announcements of public gatherings.
Created for Forbes India
by iJet Intelligent Risk Systems
(Additional reporting by Prince Mathews Thomas)

Tweets by @forbes_india
Mixing Business with Pleasure
Touchscreens: The Midas Touch for Technology