Will the Cyber Rakesh Jhunjhunwala Please Stand Up? 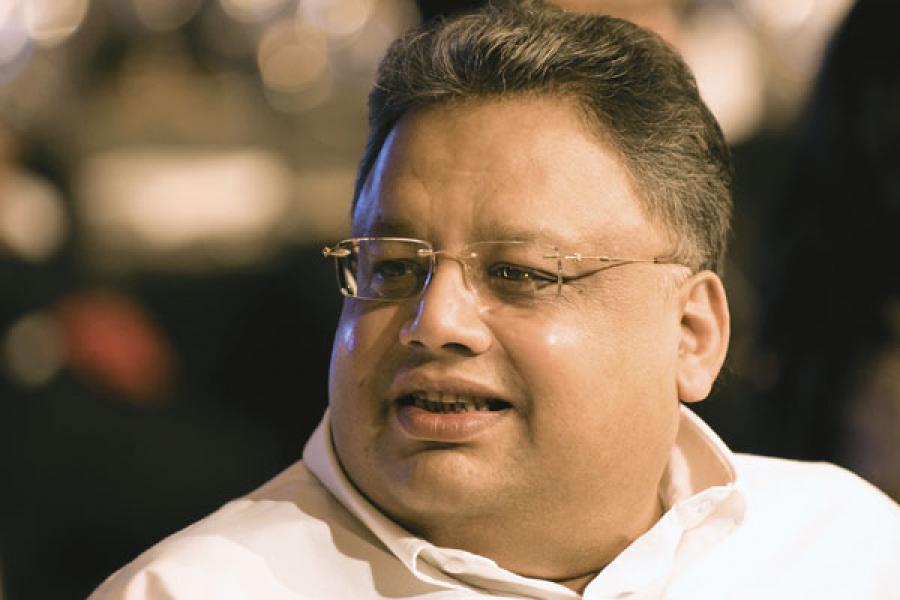 Rakesh Jhunjhunwala, legendary investor, has a blog. And a Twitter ID. Or does he?

A blog that rejoices under the name ‘The Secret Journal of Rakesh Jhunjhunwala’ (at rakeshjhunjhunwala.in ), has been around awhile. Brash, loud, opinionated, some say it’s way too over the top to be true.
Others point to the tagline (“I always knew I was going to be rich. I never doubted it for a minute.”) and the profile caption (“The Market is my Altar - I am It’s God - Anyone want to form an alliance?”) and conclude that neither are exactly out of character.
And then there’s this Twitter ID, @jhunjhunwala (go to twitter.com/jhunjhunwala to read, if you’re not a Tweeter), very popular in the statusphere, which explicitly flags itself as being fake.
Now, according to some people we know who have spent time with the man, that ID has said things that only the real RJ could say, revealed knowledge of things only the real RJ could know. We’re reserving our judgement until we get some hot stock tips from that Twitter feed.
But we have no hesitation in recommending that you follow this online persona for some outrageously fun reading.

Tweets by @forbes_india
Can A Vaccine Prevent Cervical Cancer?
Have Sound Economy, Will Win the World Cup