More young people are dying of lifestyle diseases, accidents and violence, rather than infections 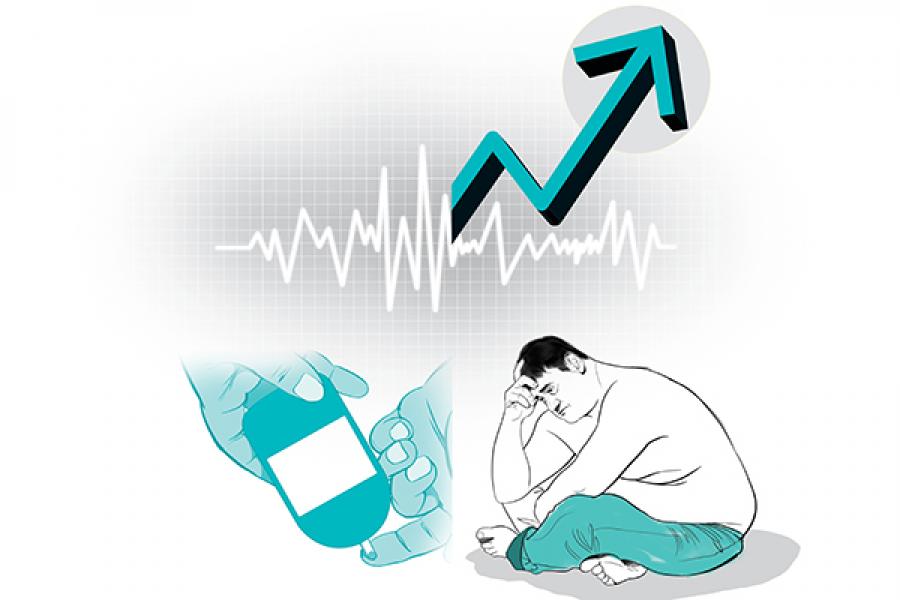 A study led by the Institute for Health Metrics and Evaluation found that non-communicable ailments like pulmonary heart disease and diabetes, or injuries from accidents, domestic violence and self-harm have been responsible for a majority of deaths among young people between 1990 and 2010. Deaths due to malnutrition, neo-natal disorders and communicable diseases have declined.

UK
80% +
More than three-fourths of premature deaths are caused by non-communicable diseases. The country’s population would be healthier if it cut down on smoking, including passive smoking.


US
80% +
Average life expectancy increased by 4.1 years; the share of nutritional deaths came down too. But the number of healthy years lost to lifestyle diseases increased by 0.88 years.

INDIA
40-49%
India has the highest number of people dying from heart diseases. In
a decade, 26 million people died of cardiac problems. There’s been a 136% rise in deaths from self-harm and a 63% increase in road accident-related deaths.

Mexico
70-79%
Ill treatment of children,  domestic violence and sexual assaults, along with road accidents, are the most common causes for deaths among young people.


Source: The Global Burden of Disease: Generating Evidence, Guiding Policy published by the Institute for Health Metrics and Evaluation, at University of Washington, in December 2012