How to brainstorm a business story from scratch

The effectiveness of a business story depends upon multiple factors: a storyteller's patience to find the ideas, attention to detail, and persistence to write, rewrite, and keep rewriting till the narrative doesn't become smooth and simple. 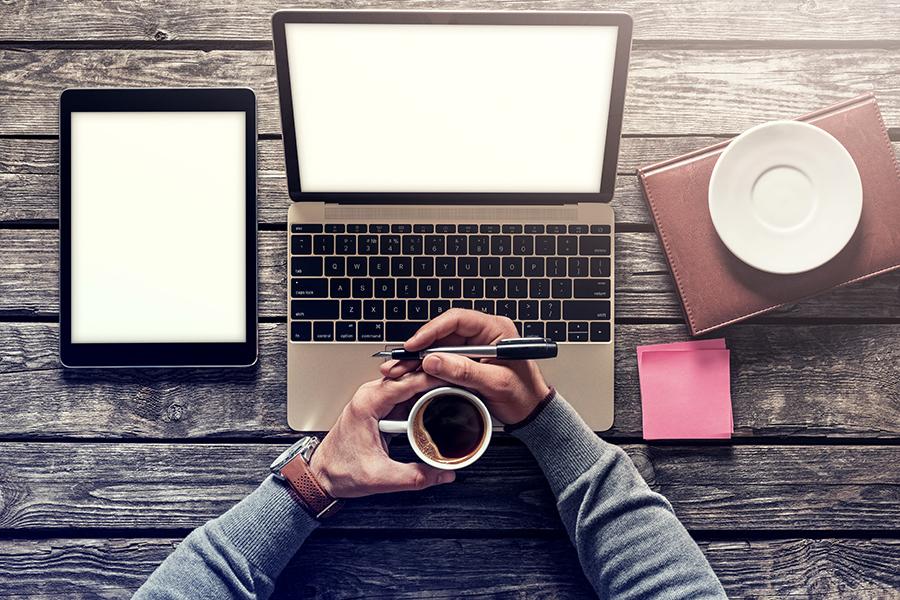 These days storytelling has become an essential element of brand building strategy. Businesses have tight timelines to generate stories that would gain audience attention. Generally, businesses’ target audiences love stories as they are engaging and simple to understand. So it’s a win-win situation for both groups. But, one more group exists between businesses and their audiences: storytellers, who face a unique set of challenges and obstacles.

Writing a business story is not easy. The effectiveness of a business story depends upon multiple factors: a storyteller's patience to find the ideas, ability to gather information from other people, attention to detail, assessment of the collected information, forming mental connections, presentation skills, and persistence to write, rewrite and keep rewriting till the narrative doesn't become smooth and simple.

Although writing a simple story is complex, a storyteller can reduce the complexity of the process by brainstorming and introspecting on the questions below, with the business team for an outcome that meets business’s expectations and audience’s satisfaction.

What is the story’s purpose? If the purpose is known, then everything in the story could be aligned accordingly. For instance, the purpose could be inspiring some action or creating a positive image.

What is the story’s core message? Great stories not only entertain; they also share a core message. Every story is different. So, even if messages are universal, they appear different in the context of different stories. For instance, the core message could be: never give up on your dreams, or good wins over evil.

What is the story’s premise? A premise is a brief description of a story's main character, the character's goal, and the crisis or extraordinary situation that the character finds himself or herself in. For example, The Pursuit of Happiness shows the experiences of a struggling homeless salesman who takes custody of his little son after his wife leaves him, and begins a life-changing journey to become a stockbroker.

What is the story’s outline? An outline is a roadmap that gives structure to a story and helps to visualise its components. It contains the key events and a logical flow between them. It covers information on key characters and their primary interactions. A story becomes interesting with elements like conflicts, turning points, setbacks, comebacks, suspense, and surprises. An outline contains a rough sketch of these elements and their sequence.

How does the story begin? The opening of a story is its first impression. If it opens up with some questions that capture the audience's attention and enhances their curiosity, they will read the story further to know what happens next.

How things evolve in the story? People, places, trends, change with time, and a story should highlight these changes.

Who is the villain? To make the story interesting, a villain should be more powerful and clever than a hero. Villain’s personality, dialogues, and actions should create a negative impression in the audience's minds. The stronger the villain, the more obstacles he can throw in the path of a hero. When a hero struggles to overcome these obstacles, he becomes likable to the audience, and a story becomes more interesting. Along with a person, sometimes, a villain can be a product, an organisation, society, or even nature.

What are the fundamental problems to be resolved? Problem is an essential part of a story. Problems drive the development of characters as well as the plot. They create strong emotions like fear and anxiety and keep the audience engaged. A hero has to solve several unfamiliar and unknown problems to achieve his goals. Remember, more challenging the problem, the more interesting is the story.

What are the critical events? All the stories are created around specific events and the interaction of characters with these events. Exciting events pull the audience into the story and make them guess what will happen next. Some examples of important events are the occurrence of a major problem, turning points in a hero's life, moments of adversity, noteworthy achievements, resolution of the issue, and more.

What are the key plots? A story moves ahead when something happens between two events. A plot showcases why and how something happens between the two events. For instance, in The Pursuit of Happiness, Chris Gardner qualified his internship interview without a shirt is part of the story. But why he came for the interview without a shirt and how he convinced the sophisticated bankers to hire him is part of the plot.

What are the outstanding scenes? Scenes are essential parts of plot development and bring some new information to light. Every scene has a distinct beginning, middle, and end during which characters engage in specific action or dialogue at a location. For instance, in the story The Founder, there is a famous scene in a bathroom where Ray Kroc tells one of the McDonald brothers why McDonald's brand name appeals to everyone.

What are the powerful dialogues? Characters express themselves verbally through dialogues. Dialogues represent characters’ personalities and describe their feelings. Lively and memorable dialogues capture the audience's attention and play a vital role in a story's popularity. For instance, Steve Jobs' dialogue, “Do you want to sell sugar water for the rest of your life or come with me and change the world?”

How does the story end? The ending is the final impression of a story that remains with the audience for a long time. Ideally, all the questions opened up in a story should be answered by the end of the story. But, the end should not be too predictable. Just before a hero gets everything he is looking for, some element of suspense makes a story more engaging.

Joe Sutter, the legendary Boeing engineer who led the development of the 747—the world's first jumbo jet, once said, “At the start of any program, asking questions is the most important part of the process. If you get [the customer's] requirements wrong, then you don't have a successful product.” Like aircraft, stories can also make us fly to a different world. Then, why not brainstorm questions at the starting of a story program.

1,239
Thank you for your comment, we value your opinion and the time you took to write to us!

Tweets by @forbes_india
Prev
Coach, mentor, advise or instruct: How to develop high-performing teams
Next
Behold the resurgence of the agile elephant—the local kirana shop