Storage is the indispensable hero of movie-making technology 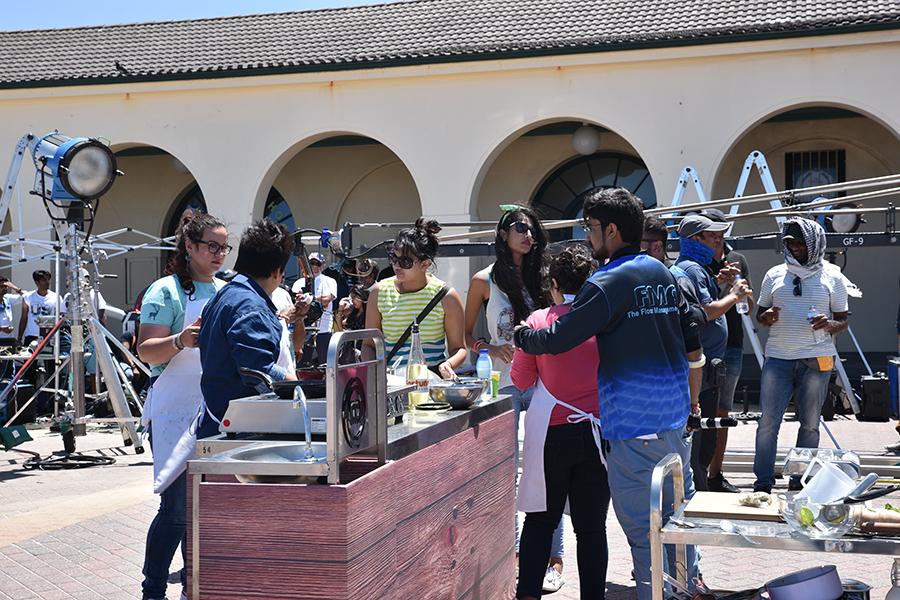 Human beings have always been creators and consumers of entertainment. We channel our creativity into being either entertainers or we nourish it by being appreciative audiences. Movies bring us together, either physically in movie theatres, or virtually online to watch and wonder. And much like humans, entertainment has evolved and gone digital. We’ve moved from the medium of film to the digital format. From the soulfulness of old black-and-white movies, we’ve arrived in the era of vivid colours and clarity and eye-popping special effects.

India is the largest producer of movies in the world, spanning almost two dozen languages. While the industry has always excelled in the artistic aspects, it is also quickly catching up with its western counterpart in the technical aspects of filmmaking, such as cinematography, visual and special effects (VFX), animation and computer graphics (CGI). Today, the off-screen artists and movie technicians rely on high-speed computers and a full-fledged IT/engineering team during the shooting of the movie and the post-production phase. Especially when animation is involved, the skill of the team as well as the technology that supports them becomes more critical. Given the vital role that technology plays in movie-making, storage (or memory) becomes a core element of the technical infrastructure that supports all stages of the process, from the shooting of the scenes through post-production.

Depending on the stage of the production, the memory requirements may vary. Sophisticated digital cameras used during shooting may require storage that is compact, portable and sturdy as they are constantly on the move. With enough capacity to store many takes and re-takes of extremely high definition footage, but adding little weight, high capacity flash-based SD cards are available in many configurations and can handle high definition footage, including 4K and even 8K.

During the post-production stage, the requirements for storage are different. This phase involves manipulating and editing reams of raw footage, recording and editing the sound track, adding in sound and special effects, and much more. For movies with animation and CGI-heavy content, the storage system must be fast, robust and reliable, especially for high volume editing and manipulation of large quantities of digital footage. Sophisticated software tools used in the industry demand a high-performance environment and the storage should keep up with the high-end computers in use. As camera and display technology improve at breakneck speed, specifications like high frame rates, 3-D, 4K greatly enhance the visual and sensory impact of the movie. However, they also exponentially increase the amount of storage that is required during the movie-making process. A movie can easily require several hundred terabytes of storage during the movie-making process. Therefore, the choice of storage becomes an important part of a movie’s budget.

India is also emerging as a major player in animation. With plenty of talent, an English-speaking population and lower production costs, Indian animators have been taking on VRX and CGI projects in collaboration with Hollywood and other western movie studios. Since collaboration is required across continents, time zones, and different computer systems, storage yet again becomes a crucial element of the technology infrastructure. A cloud or hybrid cloud storage that supports any device, anywhere, anytime becomes essential to support the high-performance and geographically distributed render farms that support the animation industry.

As Bollywood and the booming regional film industries of South India embrace and incorporate sophisticated technology, VFX and CGI effects are becoming a regular feature of modern cinema. Technology is used to weave fantasy, science fiction and mythology into fantastical tales and bring them convincingly to life. Movie theatres are upgrading their projector rooms and sound systems to support a more high-tech and immersive viewing experience. While theatres continue to be packed, Indian consumers also want the convenience and choice of on-demand, any-time and any-device viewing. Movie producers have to plan for several different formats of their releases to support different audiences — movie theatres, high definition discs (Blu-ray, HD DVDs), online streaming, etc.

Choosing the right storage to support the production and post-production process becomes an important and impactful decision. In response to the changing habits of individual and enterprise consumers, the storage industry has been innovating rapidly and constantly. There are a range of storage options that are high performance, interoperable, cost-effective and easy to instal and use. Newer technologies like flash offer storage that is robust and can keep up performance-wise with the most demanding CPUs during intensive post-production phases. Today’s storage devices are modular, quickly expandable, highly available and reliable, and can be used in versatile combinations in many different configurations.

Production houses may want to have a combination of in-house storage to support high-intensity onsite projects along with the convenience of cloud or hybrid cloud storage to facilitate long distance collaboration between teams without impacting performance. The ability to mix and match different storage technologies like HDD and flash allows for convenience and choice and the strengths of both, and the movie industry can be rest assured that their years’ long worth of effort can be preserved in a fail-safe manner for posterity.

Storage is the unassuming but indispensable hero of movie-making technology. Without the innovations in storage, movie-making wouldn’t have been able to sustain the technical brilliance that is at the core of most successful movies today. Casting the right storage “characters” for the technical infrastructure therefore becomes just as important as casting the starring roles for the screen.

12,077
Thank you for your comment, we value your opinion and the time you took to write to us!
Comments 1