Tales of a Ghanaian in Botswana

After its independence in 1966, Botswana discovered diamonds in the early 1970s and became wealthy overnight 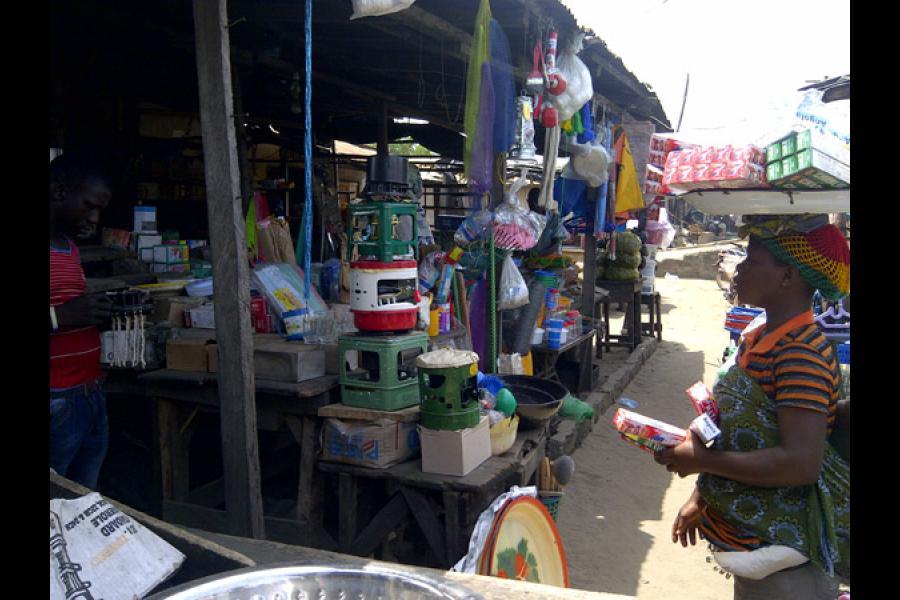 Kofi, a Glasgow-educated engineer from Ghana, took up a job outside his home country. An African expatriate in another African country was a rare thing in the 1990s. He found himself employed by the Government of Botswana in their Department of Architecture & Building Services (DABS). He was in charge of designing and managing border posts.

For a landlocked country, these were the lifeblood for goods and people to come and go and act as a door and a window for this poor little rich country; linking it to South Africa, Zambia, Zimbabwe and onwards into the other trade routes and the sea ports. Simply put, these were strategic points of entry and exit chosen to secure, facilitate and streamline trade and tourism.

After its independence in 1966, Botswana discovered diamonds in the early 1970s and became wealthy overnight. A public-private-partnership between the Government of Botswana and De Beers created an entity called Debswana (the largest diamond mining company operating in Botswana). It held the sole rights to develop, manage and market diamonds.

Botswana found diamond in large quantities. It still produces a quarter (in value terms) of the world’s gem quality diamonds.

But the proverbial ‘Dutch Disease’ where a resource rich country battles to share its prosperity fairly with its population through meaningful economic activity and jobs was proving elusive and thus was beginning to haunt the country.
New-found riches swelled the state coffers and made the country rich and the envy of many.

But its people, except the educated and well paid civil servants and a motley collection of small time traders, shopkeepers and entrepreneurs, remained poor and jobless.
Botswana therefore began a state-sponsored programme of development spending, some necessary like schools and hospitals and some extravagant like fancy state buildings in an effort to develop the nation and also dispersing its wealth.

It built homes, roads, hospitals, government offices and of course much needed but exceeding large number of border posts as means of creating economic multipliers which would lead to more jobs.

Large chunks of the annual budget were earmarked for such spending.
Yet, every year it was found that significant allocations were left unused. The country’s public sector lacked the skills sets and expertise to spend those funds. In other words, Botswana had capacity constraints. Hence year after year, it estimated budget deficits but returned with surpluses due to these unspent funds.

And that explains the arrival of the expatriate from Ghana who found himself in the Kgalagadi desert of Botswana with a significant role to play in the evolution of this country.

His team consisted of expatriates from far-off India, the former Iron curtain countries  as well as from neighbouring Zimbabwe ,Zambia and Kenya.

They were put together to design and build,  border posts and much more;  which were therefore were influenced by diverse cultural and artistic themes of their own traditions and beliefs.

At that time, Botswana was home to more than two lakh people from various places. Gaborone, the capital, was no longer alien as multiple cultures and civilisations had melted into this little city. Many different languages were spoken and cuisines from across the globe prevailed.

Kofi loved hosting guests from around the world. He had a keen interest in food as well. He invited us over one day. This wasn’t a common practice in Africa. One of us was a vegetarian and consumed no alcohol. Kofi assured, “All would be catered to.”
And then he proceeded to grill a full fish to perfection and served it with beer believing in true African style that fish was not meat and therefore vegetarian and beer was after all only beer!

The end result was we partook in his food with aplomb while,our sad vegetarian friend had to sip on coke and had rice and boiled peas  for himself that fated afternoon.

Kofi, however, craved traditional African cuisine. His work took him to border areas where African Mammas dished out well-made native cuisine which he simply devoured.
Kofi one day decided to work with them. And finance them.
But his well-intended overtures met with scant respect, and sometimes utter disregard, from those people.

Why? He wondered..and then realised his own folly and presumptuousness on the matter. The African Mammas were poor but proud, entrepreneurial and focussed on their activity. They were self-funded, self-equipped, had a steady stream of clients and made enough money to meet their simple needs. They fed the masses and acted as a support system for the entire community.

Children played around these Mammas while the men in the community tilled the land, looked after cattle or worked in distant diamond mines. Family life went on well with their street-side entrepreneurship.
It was a way of life and not a commercial activity.

These settlements worked well in the informal, unorganised sector and provided sustenance to its people.
Thus any attempts to grow them and turn them into permanent establishments was treated with disbelief, disdain and denial.

The communities were paranoid about outsiders and considered them a threat to their livelihoods possibly.

This is a serious disenchantment borne out of habit, security, peace and complete lack of exposure to the excesses of media led marketing.
Global consumer companies face a challenge.
How can they penetrate these closed psyches?
How do they make their products acceptable, accessible and affordable to these people?

The African Mammas carry on unhindered. And Kofi continues to build border posts in the country without attempting to interfere with these Mammas.

But the strategic business will see the opportunity and find ways to relate and work with these communities to make a business out of it. It has happened before and will happen again.

To what end though I wonder?

3,896
Thank you for your comment, we value your opinion and the time you took to write to us!

Tweets by @forbes_india
Prev
League Tables are over rated. Then why do we pay so much attention to them?
Next
Reinventing Innovation