Covid Classrooms: India could lose progress made on girls' education

Mitali Nikore is a Founder of Nikore Associates, a youth-led economics research and policy think tank. 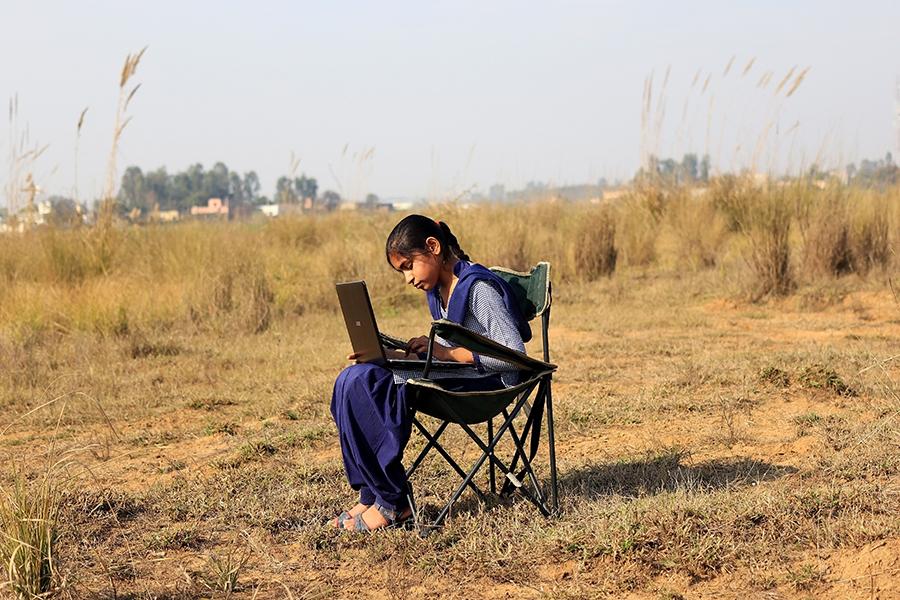 Covid-19 may have started as a health pandemic, but today, this virus is ravaging the economy and social institutions. Nearly 89 percent of school-going children in India are out of school, leading to the resurgence of gender gaps in education. The Malala fund projects that close to 10 million secondary school girls could drop out owing to the pandemic, and a large number of these can be Indian girls.

Four factors [see figure 2] have historically contributed to this improvement in access to education for girls in India, and each of these have been disrupted by the pandemic. 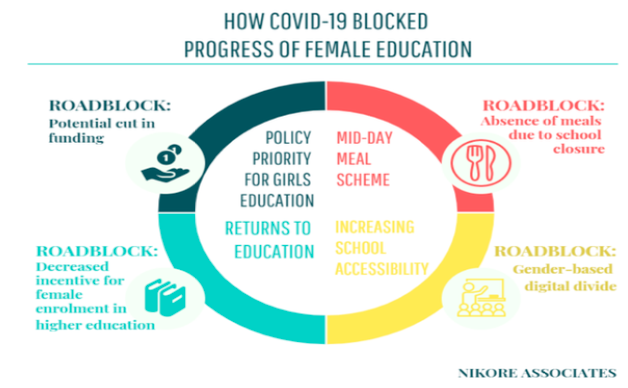 Studies show that the mid-day meal scheme, first introduced in 1995, has helped in reducing gender gaps in education, given they reduce cost of schooling, and cost of providing girls nutrition. Economists Dreze and Kingdon estimated that mid-day meals increase the likelihood of a girl completing primary school by 30 percent and reduce the proportion of girls not enrolled by ~50 percent. Lockdowns have caused complete disruption of the mid-meal scheme. In the absence of this incentive, families may withdraw daughters from schools, leading to higher dropout and lower re-enrollment of girls.

Taking suo moto cognizance, the Supreme Court issued notices to States in March 2020, to continue mid-day meals. A few states have begun complying with the order. In Kerala, Anganwadi teachers deliver packed meals to homes of students daily. West Bengal, Andhra Pradesh, Karnataka and J&K provide dry rations. While the Central government has increased the scheme’s funding by 11 percent, it also needs to issue guidelines for all State governments to ensure safe mid-day meal distribution during the lockdown, and after resumption of schools.

Factor 2: Access to Schools The fear of harassment during transit and lack of transport options deters families from sending daughters to distant schools. Over the last seven decades, access to schooling has improved. About 96 percent of rural population has access to primary schools within a distance of 1 km. This has contributed to the improvement in girls’ enrolment, particularly at primary level.

In the absence of physical classrooms, prevalent gender-based digital divides are exacerbating inequalities. Harvard Kennedy School (2018) found that Indian women are systematically denied access to technology, with their use of mobile phones governed by male relatives. Only 33 percent urban, and 28 percent of rural women have access to the internet. About 38 percent women own a mobile phone (vs. 71 percent of men). In such an environment, intra-household allocation of information and communication technology (ICT) resources is likely to be gender-biased, and limit girls’ ability to engage with home-schooling materials.

PM e-VIDYA, enabling multi-media access; initiatives by State government for digitising textbooks; distributing laptops, tablets and mobile phones in underserved districts are a good start. However, additional initiatives are urgent: First, the Central government should prioritise digital infrastructure investment in rural areas in partnership with private players to ensure WiFi connectivity to all households by 2021. Second, female students in rural districts can be provided free mobile plans in their name, under the Beti Bachao, Beti Padhao scheme.

India’s economic liberalisation in 1991 created new opportunities for women. Between 2000 and 2012, ~4.5 million women took up jobs in services, nearly the entire increase in women’s employment during this period.

In a country where just 23 percent of working-age women form part of the labour force, the economic shock is likely to have a gendered impact. Women are over-represented in sectors hardest hit by the pandemic, including hospitality, retail and travel. The female unemployment rate stood at 30 percent in May 2020, compared to 23 percent for men. In April and May 2020, ~12 million women lost their jobs, ~9 million in rural, and ~3 million in urban areas. This reduces women’s expected return to education, diminishing diminish incentives to continue studying.

While the Central government is providing women with Rs500 per month as income support through the Jan Dhan Yojana, additional support is required:

Starting with the National Committee on Women’s Education in 1958, to the National Policy on Women in 2016, girls’ education has been consistently accorded policy priority and allocated funding through government schemes. Covid-19 has led to an emergency reshuffling of funds, and reduced government revenue. Nearly a third of corporate social responsibility (CSR) investments were made in education and skilling over the past four years. However, CSR funds are being directed towards pandemic response, reducing the financial investments in girls’ education.

Girls, especially from low-income households, are likely to be engaged in casual or unpaid care work given the severe economic shock, making return to school expensive. Both government and private philanthropists should guard against any reduction in financial support towards girls’ education. Central and State governments should increase education expenditure from 3 percent of the gross domestic product (GDP, 2018-19) to 6 percent, ensuring that at least 50 percent of funding directly supports girls’ education.

A combination of digital and physical learning is likely to remain in place over the medium-term even as schools reopen. Recognising the risks to girls’ education, the government needs to adopt a gender lens while designing guidelines and plans for school operations. Without such efforts this crisis stands to push female education and status of women back by several decades.

Mitali Nikore is an economist focusing on sustainable development and public policy. Since graduating from the London School of Economics, she has advised the United Nations, the World Bank, the Asian Development Bank and PricewaterhouseCoopers. She is also Curator of the New Delhi hub, Global Shapers Community (an initiative of the World Economic Forum).

16,658
Thank you for your comment, we value your opinion and the time you took to write to us!

Tweets by @forbesindia
Prev
To cultivate a productive future workforce, schools must teach socio-emotional skills
Next
Lessons on learning: How the pandemic changed education