Funders typically support programmes, but they scrimp on ‘overhead’. This practice gives rise to a vexing ‘starvation cycle’ that constrains nonprofits’ ability to invest in essential organisational infrastructure 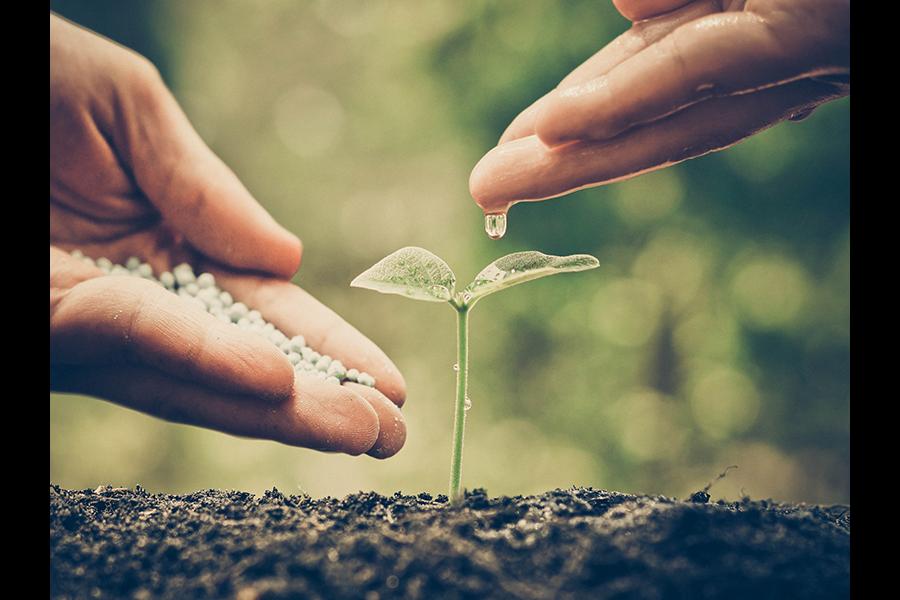 To solve society’s most pressing problems, we need strong, mission-driven organisations that can deliver results that matter. Unfortunately, funding practices widely used by governments, foundations, and corporations, including CSR grantmakers, undermine the development of successful nonprofits. Funders typically support programs, but they scrimp on “overhead.” This practice gives rise to a vexing “starvation cycle” that constrains nonprofits’ ability to invest in essential organisational infrastructure and creates tensions, and even dishonesty, between grant makers and grantees.

We have recently learned that this overhead starvation is a systemic and structural problem of significant scale and consequence. In the United States, for example, over 80 percent of all grants are “restricted” to specific programs or services. Our research suggests that half of these are funded at a loss because the overhead allowance is insufficient. That leaves many nonprofits without funds to cover non-program costs, such as rent, utilities, or staff training and development. Not surprisingly, 40 percent of the leading US nonprofits are financially distressed—their costs exceed their revenues, and they have virtually no savings or reserves.

This is also a global problem. Highly regarded NGOs in India, Europe, Latin America and the rest of Asia report the same overreliance on restricted grants with insufficient reimbursement of indirect costs—i.e. all costs not associated with a program. Many of the world’s largest foundations cap indirect costs at a flat rate that is below what we now know true and reasonable indirect costs to be. In India, the CSR Rules of the Companies Act, 2013, Section 135, requires that corporations above a defined level of financials* spend 2 percent of their profits on CSR programs, but the rule caps permitted capacity building/administrative expenses at 5 percent of annual CSR spend - an impossibly low threshold when you consider the financial, human resources and information technology systems required to run an effective nonprofit.  Many governments and multilateral grant-making organisations also have caps that are too low.

Recently, a handful of major funders and key intermediaries have joined nonprofits in declaring that it is time to develop a new approach to grant making. The model they collectively support centers on an idea that The Bridgespan Group calls “pay-what-it-takes” philanthropy—a flexible approach grounded in real costs that would replace the rigid 15 percent caps on overhead reimbursement followed by most major foundations.

To gain a better understanding of what nonprofits actually spend on indirect costs, we examined the financial records of 20 well-known, high-performing nonprofits. The sample included US and global organisations with annual budgets ranging from $2 million to $650 million. Regardless of their missions, which varied greatly, indirect costs fell into four general categories: administrative expenses, network and field, physical assets, and knowledge management. We discovered that their indirect costs comprised between 21 percent and 89 percent of total costs. The median rate for all 20 nonprofits was 40 percent, nearly three times the standard 15 percent overhead rate.

Digging deeper, we found that different types of nonprofit organisations have different cost structures. Nonprofit research labs, for example, have a median indirect cost rate of 63 percent, nearly two and a half times the 25 percent median rate of direct service organisations in our survey.

The cost and segmentation data derived from our research led to two insights. First, flat-rate reimbursement for indirect costs is conceptually wrong because it does not take into account the differences by segment. Second, the magnitude of actual indirect cost rates of the nonprofits we studied demonstrates that 15 percent—the typical reimbursement rate—is too low. It does not represent the actual indirect costs it takes to run any of the nonprofits we analysed.

Actual Indirect Costs as a Percentage of Direct Costs 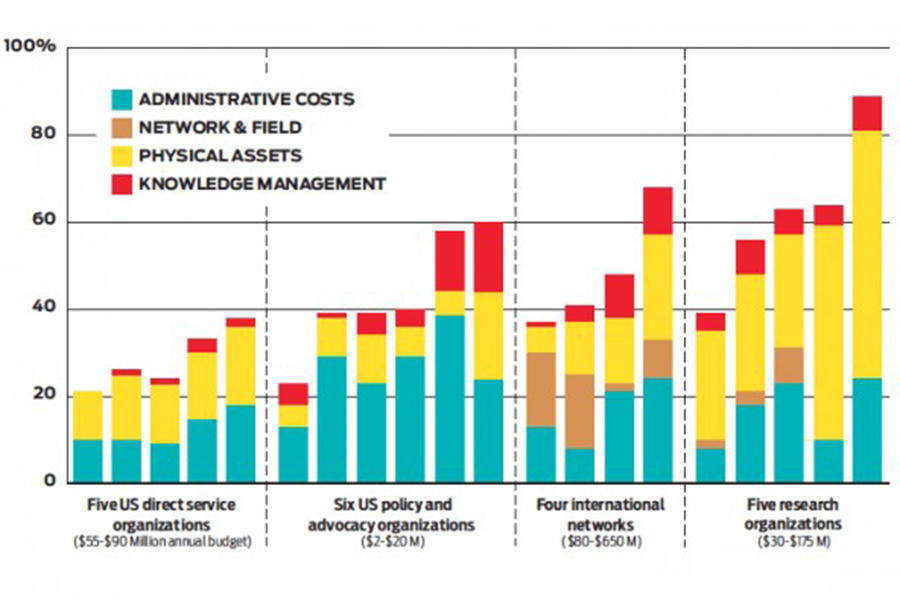 Armed with data about the actual indirect costs incurred by a wide variety of nonprofits, we can begin to build a framework for a new approach to philanthropic grant making. Start with an organisation’s business model, then identify the associated component costs of achieving desired impact. This approach reframes the grant-making conversation from one that emphasises what it takes to fund a program to what it takes to achieve impact. This is the essence of the pay-what-it-takes approach to grant making.

Tough Questions for the Sector

Moving to a pay-what-it-takes approach to grant making will not be easy. But some funders already are rethinking their approach. For them, paying what it really takes to run a nonprofit would send a powerful message to grantees: We want to solve society’s biggest problems and recognize that we must build strong, effective organisations to do so. This requires paying the true cost of the work we do together.

For nonprofits, including those receiving CSR grants in India, pay-what-it-takes means doing their homework to be clear about their operational needs and how those needs relate to desired impact. Some funders are already working with grantees to accomplish this goal.

A lot of hard work lies ahead for paying-what-it-takes to become the solution to breaking the nonprofit starvation cycle, but this work is crucial to building sustainable, long-lasting organisations that are real agents of change.

17,958
Thank you for your comment, we value your opinion and the time you took to write to us!

Tweets by @forbes_india
Prev
Why healthcare will never be the same again with IoT
Next
How much can you trust the food you eat?