Mumbai real estate prices are down! Not.

There are pockets where you will find that prices have fallen, but calling it a huge correction is going too far. Interestingly, since December 2010, the real estate prices in some areas of Mumbai are up by 33 percent or 10 percent annually for the last three years 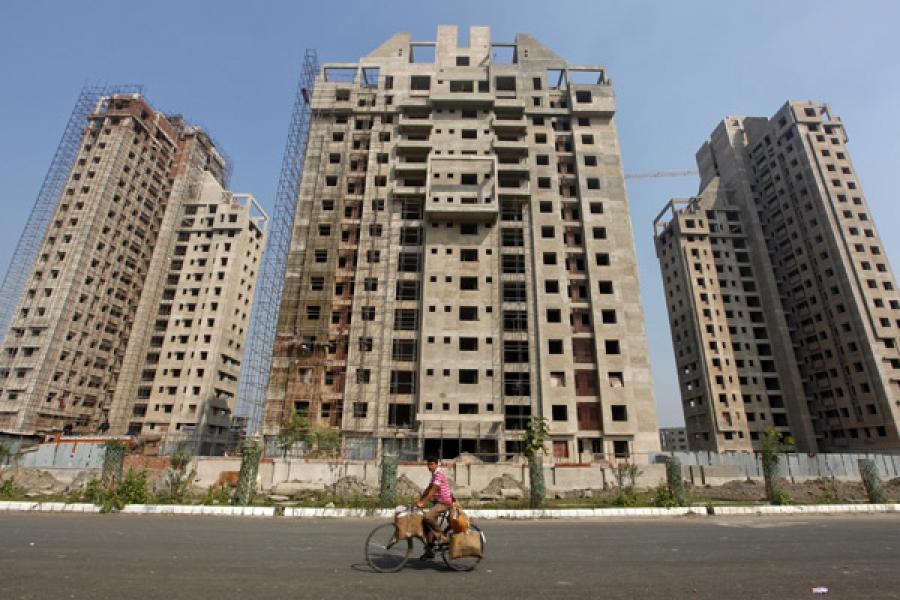 According to the Economic Times the real estate market has corrected by 30 percent.

Is that good enough reason for you to run to the nearest home loan bank, wave your monthly salary slip at them and ask for a loan? After all, only last year one of your friends bought a 2-BHK flat in Borivli (Mumbai) for ₹2.2 crore, and if the Economic Times is right, something similar would cost you around ₹1.5 crore now. Perhaps you should pause before lacing up your running shoes.

Ashutosh Limaye, who handles research at JLL India, a real estate consulting firm, agrees that there are pockets where you will find that prices have fallen, but calling it a huge correction is going too far. He says, "If there is a correction then it should be across the board for everyone without asking for any discounts. There should be no connection with the developer and no cash transactions. Even if one aspect is missing out of these three parameters, I will consider this as a deal-specific discount."

For instance, developers are ready to give you discounts where the structures are still being built, but getting one in a completed project is extremely difficult. Though the same is not true for buildings that are old: Extremely crowded areas in Mumbai like Borivli, Dadar or Ghatkopar have seen some minor price falls over the quarter ended March 2014. According to MagicBricks.com, rates in Ghatkopar west are down by 5.4 percent.

Limaye says that this data is based on secondary market sales, where the rationale for selling is not easy to understand. "The seller here sells on reference rates and sentiments, unlike the rates of new projects. When we look at changes in prices, we always go with new projects and primary rates."

We looked at the data for Mumbai to understand if there was any genuine fall in real estate prices. The big picture? To our surprise, prices in most cases have only gone up. There has been a jump of around 2 to 4 percent in areas closer to Chembur and Kanjurmarg, thanks to improved connectivity with south Mumbai, the Bandra-Kurla Complex and the western suburbs.

One of the surest bellwethers for real estate prices in Mumbai is Lower Parel. Over the last quarter, prices haven't dropped. In fact they've moved up by 7 percent.

Real estate investment is generally for the longer term. Investors typically wait for at least three years before they see serious returns. So we looked at data for three years on MagicBricks.com. Interestingly, since December 2010, the real estate prices in some areas of Mumbai are up by 33 percent or 10 percent annually for the last three years.

49,010
Thank you for your comment, we value your opinion and the time you took to write to us!