How to come up with an effective brand name?

Every entrepreneur wants a magic wand that could create names that are memorable, pronounceable, unique, creative, interesting and relevant. Unfortunately, such a wand doesn't exist 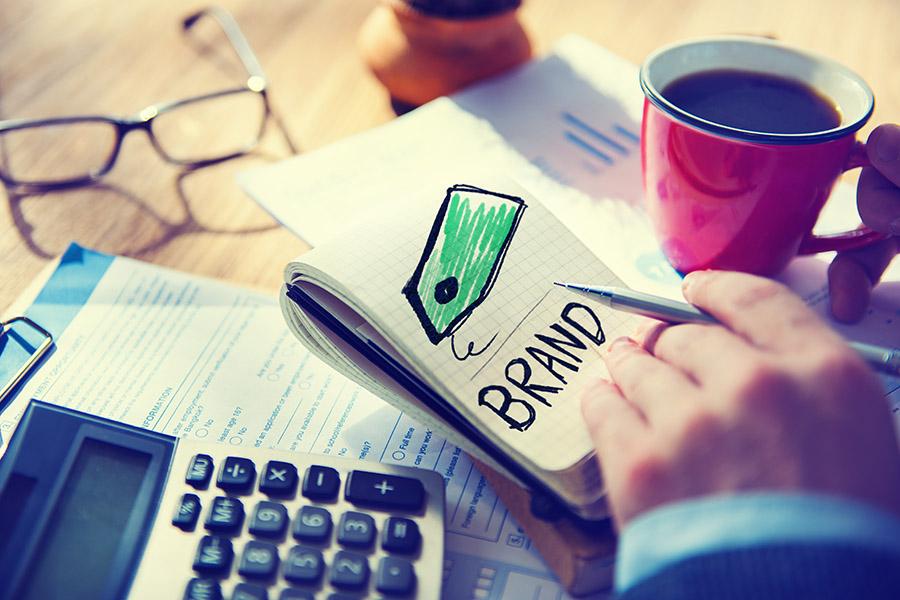 For parents, one of the biggest decisions in their lives is choosing their child’s name. But choosing a name is a complicated process. If parents keep a common name then their child would find himself lost in the crowd. To get their child noticed, if they try to come up with a unique name, then it should be easy to pronounce and should have some base for justification. If they choose an old-fashioned name, then there's a chance that the kid could be bullied in school and later in life.

A startup is no less than a child for the founder(s). And that's why, choosing a name for a brand is complicated. A brand name can be regarded as one of the most important assets that businesses need to survive, launch products, pull talent, attract customers and differentiate themselves from their competitors. It's important to come up with a name that is sticky enough to recall.

Every entrepreneur wants a magic wand that could create names that are memorable, pronounceable, unique, creative, interesting and relevant. Unfortunately, such a magic wand doesn't exist.

There is no one right or perfect way to come up with a good brand name, but based on learnings from a few successful brands, entrepreneurs can plan their approach. A few of the components that could be helpful in creating a brand name are as follows:

1. Family name: One of the most natural ways to come up with a brand name is to use the name or surname of the founder. A few of the successful brands based on this strategy are Disney, Ford Motor Company, Estée Lauder Companies Inc., and others.

Though this approach sounds straight forward, there is a catch. The name should be uncommon and should connect well with customers. As shown in the movie ‘The Founder’, Ray Kroc felt that the name McDonald is glorious, limitless, beautiful and better sounding than the name Kroc, so he preferred to acquire McDonald’s instead of launching a new brand.

2. Associations: Associations are helpful in relating something unfamiliar with something familiar. Familiar things may not directly relate with business, but evoke a feeling or mental image. Associations can be done with people, animals, flowers, rivers, mythological names, and so on.

For example, the brand name Amazon.com is based on the Amazon River, which is considered as the biggest river in the world. One of the most popular mythological brand names is Nike. In Greek mythology, Nike was a goddess who personified victory. Similarly, Puma is based on the name of a Puma cat, which embodies the characteristics of speed, strength, suppleness, endurance and agility.

3. Words with powerful meaning: Uber means an outstanding or supreme example of a particular kind of person or thing. In Korean language, the word Samsung means three stars. As a caveat, the meaning of the word should be checked in different languages as sometimes a word could have positive meaning in one language, but negative in other language, leading to perception challenges during international expansion.

4. Blended words: Blended brand name can be formed by combining parts from different words. For example, the brand name Microsoft is formed from blending of initial part of two words: Microcomputer and Software.

5. Fascinating stories: People listen and remember stories; they are very powerful tools to connect with others. A popular story with universal appeal can amplify significance of a name. For example, the brand name Alibaba is based on the Arabic story “Alibaba and the Forty Thieves”.

7. Coined words: Coining a new word can help a brand stand out. For example, the brand name Google is a play on the word “googol,” the mathematical term for a 1 followed by 100 zeroes. Another interesting example of a coined brand name is Xerox that became a synonym for photocopy.

8. Ingredients: In this approach, an ingredient of a product or service is brought into the spotlight as the image of ingredient could have a positive influence on the consumer. For example, in the name Coca-Cola, the first half in the name refers to the extracts of coca leaf and the other half represents another ingredient - the kola nut.

9. Movie or book characters: Movies and books can open up a new world of names. The characters in a movie entertain us and sometimes left a lasting impression through their role or their names sound very catchy. One of the popular brand names – Starbucks is inspired by the name of a character – Starbuck in a whaling novel and movie - Moby-Dick.

12. Business attributes: In some cases, brand names are also based on the attributes i.e. characteristics of a business. For example, 7-Eleven, the world’s largest convenience store brand was named after its store timings as the stores were originally open from 7 a.m. to 11 p.m.

In short-term, entrepreneurs may think that rather than spending time and efforts on naming a brand, they can focus on other areas. But from long term perspective, it’s worth spending time on naming a brand as the name captures the essence of a business. When products of competitors become similar, when price doesn’t remain a differentiator, when customers get confused in making a choice, the thing that safe guards a company is its brand name.

9,123
Thank you for your comment, we value your opinion and the time you took to write to us!