Entity Gaming from India came fifth whereas Soul got the 12th position on the final leaderboard. 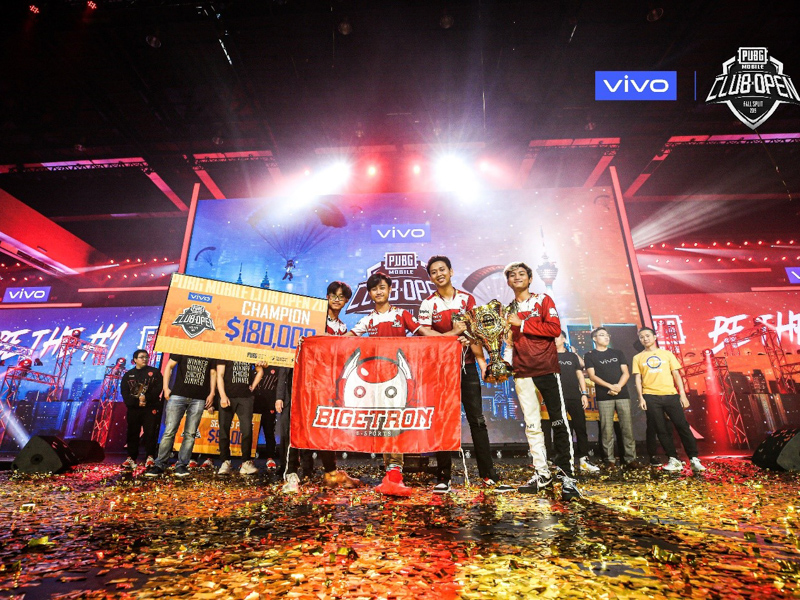 Image: PMCO
The global finals of PUBG Mobile Club Open (PMCO) 2019 came to an end and Bigetron from Indonesia has been crowned as the winners. A total of 16 teams played for the top spot in the tournament that went on for three days.

On day 1, Bigetron seemed to be a tough team by gathering 30 kill points, 38 placement points, and 68 total points and placing on top of the table. Going over to day 2, the team won three 'Chicken Dinners' back-to-back and managed to score 80 kill points, 130 placement points, and 211 total points. By now, Bigetron was way ahead of the competition and it was clear that it would take a lot for any other team to defeat them.

And we have new World Champions! @realbigetron has won the #PMCO2019 Fall Split Global Finals sponsored by Vivo, dominating the competition at every stage! Congrats Bigetron, you earned it! pic.twitter.com/c7Gvo4Ez5D


Finally, the team played brilliantly and in the end, they got five Chicken Dinners, 129 kill points, 174 placements points, and 303 total points. Bigetron takes away the trophy and $200K in prize money. Here's the final standing of the PMCO 2019 Fall Split Global Finals:

You can rewatch the livestream of the final day below: