Sowing the wind to reap a fortune 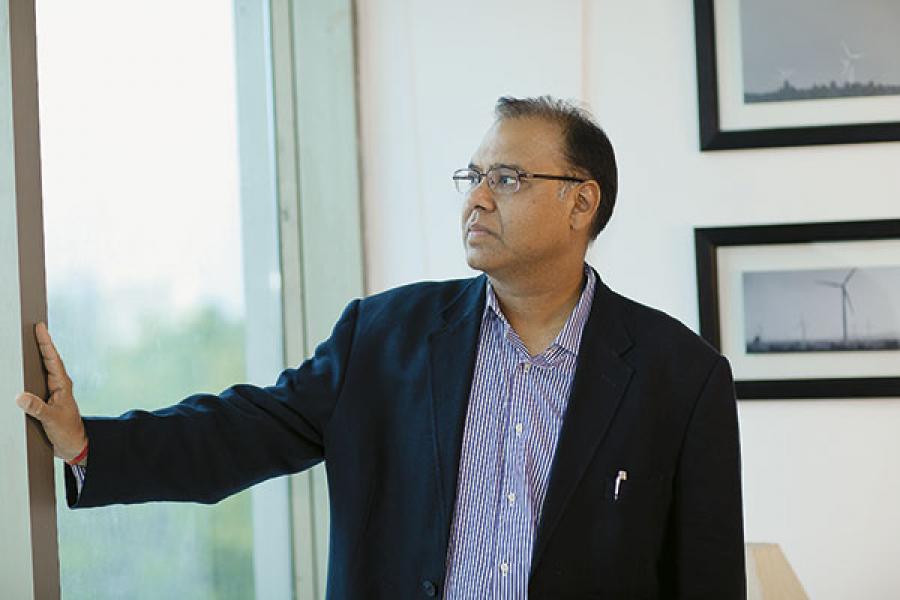 Started in June 2007, ReGen Powertech has become the largest player in the IPP (independent power producers) wind power segment. The company sources its technology from German company Vensys Energy AG, a global leader in wind turbine manufacturing. A lot of ReGen’s success came as it chose the right technology partner. The second factor is the authority, independence and decentralisation given to managers. This has propelled the workforce of ReGen to grow from 25 people in 2007 to 2,300 now.

PE players have invested in the company, which recently got another round of funding valuing it at almost Rs 2,000 crore. The founders’ stake has been diluted to 40 percent. ReGen started with Rs 100 crore of revenue and ended 2011-12 with Rs 2,500 crore. The profit-after-tax (PAT) margin remained constant at 6 percent for the past two years.

The man behind it
Madhusudan Khemka, who hailed from the illustrious Khemka family that owned NEPC, was interested in the wind energy business from early on. He developed that between 1988 and 1997 after which he fell out with his uncle and started a BPO called E-Edit Solutions. Things were fine until 2006, when NEPC sold its wind energy business to Anil Ambani’s Southern Wind Farm. Khemka saw an opportunity to re-enter the business and set up ReGen.

Why it is a gem
ReGen’s strategy has been astute to begin with. In 2007, when other manufacturers were chasing financial incentives, ReGen targeted IPP clients. For many of the customers, ReGen is servicing repeat orders. Each of their customers wants to instal 500-1,000 MW capacity in the next 2-3 years.
Wind turbines are made in sizes ranging from 600 KW to 2.1 MW and a few other classes, but the segment ReGen is catering to is only 1.5 MW. It has developed tremendous cost efficiencies on it. Their export is focussed on emerging markets like Africa and other South-East Asian countries, in stark contrast to Suzlon and Gamesa, who’re competing with Vestas, GE, Siemens and Enercon in the highly-competitive European market.

Why it was hidden
The entire industry has been recognised by just one company, Suzlon. A decline in its fortunes has taken the shine off this industry. While ReGen has been around for five years, we’ve heard very little about it, as it is a non-glamorous business. Besides, ReGen is catering to just six customers and has owners who love to stay low key.

Risks and challenges
Previously, companies going for wind power used to get tax breaks, so they did not emphasise much on the performance or maintenance. Now, the scenario has changed and the market has become competitive. The grid infrastructure in India as well as the regulatory changes pose a challenge not just to the company, but the industry as a whole.

Tweets by @forbes_india
Quick Heal: Viral Success
Video: Sadhguru Jaggi Vasudev on how to scale up your Enterprise