The finale in Margaret Atwood's trilogy of a post-apocalyptic world 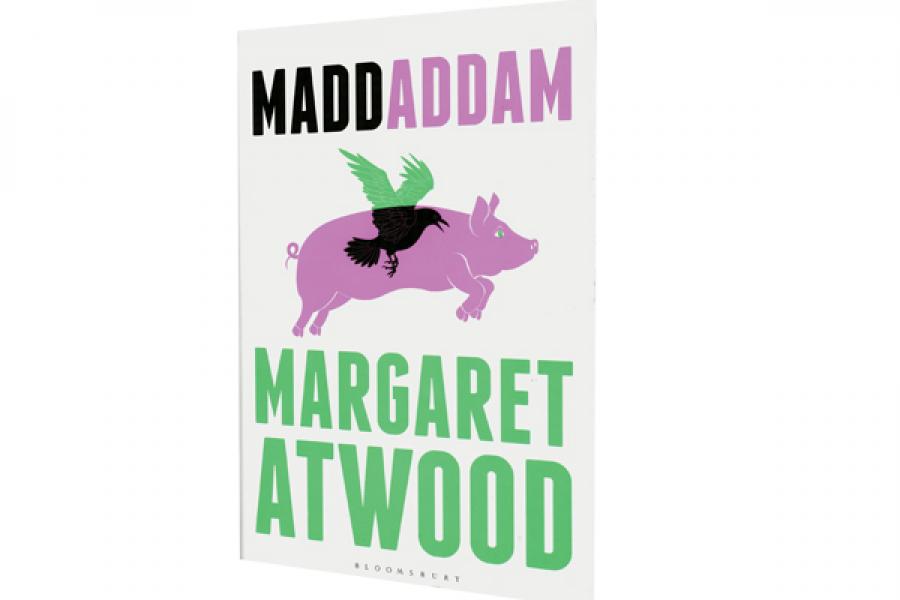 And so, the MaddAddam trilogy comes to an end with MaddAddam, bringing down the curtains on an imagined post-apocalyptic world inhabited by genetically engineered creatures, a few recognisably human beings and the hint of an uneasy future of further altered realities. It is a sweeping, tender finale to the speculative-fiction saga that shook up readers and critics alike with its first appearance in 2003. This instalment not only takes the story forward but also produces a more rounded understanding of a figurative place and time.

That Margaret Atwood can make readers care deeply for her creation is a tribute to her literary prowess, of course, but also to her success at establishing the ‘right’ kind of dystopia: The MaddAddam trilogy contains enough of our present lives and fears to make it plausible, from the big compound where technocrat employees of multinational corporations lead sheltered lives to the pleeblands where the non-techies live a hard-scrabble existence and service the executives in search of dangerous thrills.

By the time MaddAddam opens, however, these perimeters have been destroyed by the BlyssPlus pill which, while promising “sexual ecstasy, birth control and prolonged youth”, actually wiped out almost all people in a land that resembles America. The only ones to survive are Snowman (as Jimmy, the protagonist of Oryx and Crake, the first instalment of the trilogy), Toby and Ren (the two main leads of The Year of the Flood, 2009, the second book) and a few other ‘God’s Gardeners’, a pleebland green community that challenges the corporations’ supremacy, and a couple of ‘Painballers’, or escaped prisoners. Oryx and Crake and The Year of the Flood are essentially complementary novels, recounting concurrent history from either side of the compound walls; MaddAddam is where the two strands unite, but Snowman has been reduced to a cipher and the real action is now in the hands of Toby and her lover, Zeb.

As with the previous books, Atwood uses a number of flashbacks to tell her story. This allows even a new reader to acquire a fair idea of the sequence of events. Be warned, though, that such a reader would miss out on many of the nuances of Atwood’s world. That would be a pity, because the story is much more than what-happens-next: The overlapping realities of ruthless corporations and naive environmentalists, of runaway science and clueless challengers, of misogyny and dehumanisation, of crime and punishment and, yes, of nurture and promise. All this makes for a layered, provocative narrative.

Much more of a linear good-versus-evil story than the earlier two books, MaddAddam is redeemed by Atwood’s palpable relish in the writing, from clever word-play to profound ruminations on power and progress and what it means to be human. For Atwood, one of the answers, at least, for the last question, is the art of story-telling. Elsewhere, she has quoted philosopher Dennis Dutton’s theory that our interest in the narrative is in-built, “selected during the very long period the human race spent in the Pleistocene—because any species with the ability to tell stories…would have an evolutionary edge”. In MaddAddam, story-telling is a recurrent motif—the thread between Toby and Zeb, the connection between the humans and the humanoids and, ultimately, Toby’s legacy to the little Craker Blackbeard—and a repository of hope. When all else is gone, the tale lingers on.