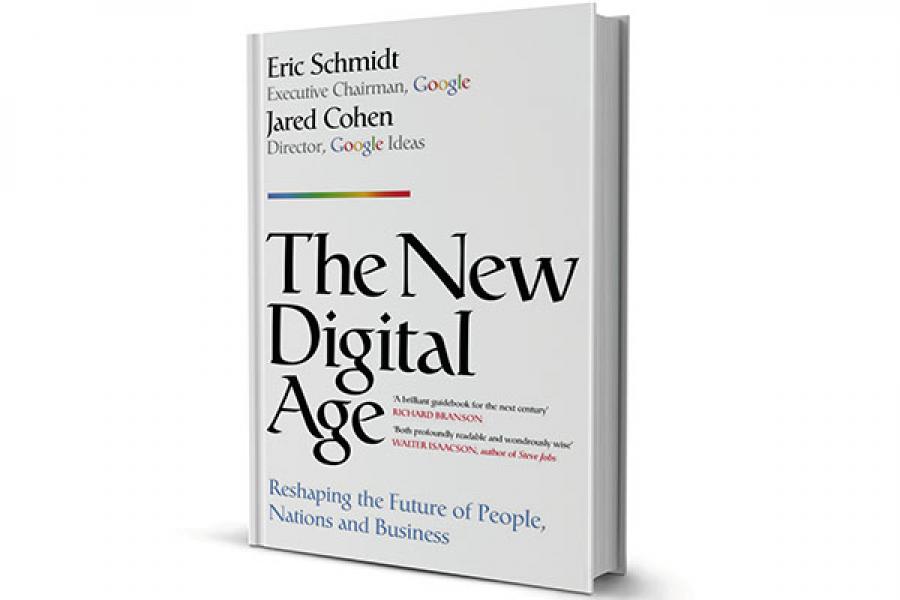 It’s hard not to think about Google when you read The New Digital Age. The cover highlights the association of the authors with the company: Eric Schmidt is its executive chairman and Jared Cohen, the director of its think tank Google Ideas. And, with a subtitle that reads ‘Reshaping the future of people, nations and business’, it is hard not to think about the paradox of Google in India.

In its transparency reports, Google publishes details of information removal and user data requests from the government. At the same time, the company had to stop its Street View project in Bangalore in less than a month because the government banned it over privacy concerns. The book is insightful about the first—the interplay between technology and state power—and mostly ignores the second—the phenomenon of corporate power.

The broad trends that will shape the new digital age have been clear for some time now: Artificial intelligence and augmented reality; thought-controlled robots and driverless cars; holographic avatars and automated helicopters have long moved from science fiction to labs, and some even into the hands of consumers. The other big trend, of access to these technologies—the number of internet users, for example, will grow from 2 billion to 7 billion in the coming decade—has been well documented. Schmidt and Cohen recount these trends and quickly move on to the examination of power structures, the book’s real strength.

While it is tempting to think of the coming age as being open, free and even equal, Schmidt and Cohen’s version, despite their overall optimism, is realistic and, therefore, dark. There will be a digital caste system (some will have more access than others), there will be Balkanisation, cyber threats will get uglier. States will get more powerful—they will have “a dangerous advantage in targeting their citizens”—but will also find themselves powerless in a more complex world. “States will long for the days when they only had to think about foreign and domestic policies in the physical world.” As China is finding out, the virtual world is getting bigger and the intersections might get harder to manage.

The book is no arm-chair analysis. It is heavily researched and the range of people Schmidt and Cohen have spoken to says something about the reach of a company such as Google. In part, the power comes from the access it has to information. (Any nostalgia that you might get out of looking at five-year-old queries in Google Search’s history might quickly turn to uneasiness from knowing it will stay in the cloud and can possibly be accessed by others.) Schmidt and Cohen discuss privacy, but not so much in the context of corporate power.

One can understand why they wouldn’t. Cohen is a foreign-relations expert who worked at the state department before he moved to Google. And Schmidt is from a culture that presumes users’ trust (described in Ken Auletta’s book Googled). So, while it makes for fascinating reading, it also makes you hope that someone will take a hard and considered look at the phenomenon of corporate power in the new digital age.