Henry Kissinger's book talks about how the Chinese mind works 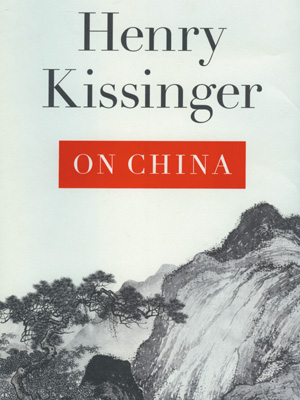 Wei qi (pronounced Way Chee) is China’s most enduring game, played since the third century BC. It is similar to chess in that it is played on a board on which rivals adopt strategies and manoeuvres to overcome each other. But it is also the exact opposite of chess in some key respects.

Henry Kissinger, the controversial guru of realpolitik who has influenced US foreign policy for four decades, is amazed by the symbolism enshrined in wei qi. In his latest book On China, he relies on its complexity to illustrate how the Chinese mind works and how one of history’s most impenetrable and inward-looking cultures views the rest of the world. It is this understanding that enabled him — and yes, his Presidents back at Washington, D.C. — to pry open Communist China for political rapprochement in 1971.

Wei qi is played on the intersecting points across a grid of 19x19 lines. Each player has 180 stones. The purpose, unlike in chess, is not total victory but to achieve functional supremacy through strategic encirclement. To the untrained eye, Kissinger points out, the identity of the winner is not immediately obvious. In other words, the Chinese don’t look to impose a checkmate on their enemies, but are happy to offer a series of stalemates that leave just enough room for combative co-existence.

The US didn’t understand this in 1949, when the Communist Party under the leadership of the charismatic Mao Tse-Tung took over the mainland. For two decades, Kissinger says, US foreign policy revolved around holding up Taiwan as the real China and helping the island in its existential race with Red China.

Ironically, it was Mao — the very man who had devoted his life to fighting capitalism and democracy — that took the first step to reach out to the US. He figured that the two nations had a common enemy, the ‘hegemonistic’ Soviet Union that he referred to as the ‘polar bear’. He dropped hints that China was ready to engage the US.

Richard Nixon, too, was very keen on the proposition, having concluded that excluding one-fifth of humanity from global trade and politics was not wise. But given the popular sentiment on either side, it could be politically suicidal for both to make open contact.

Kissinger gives a riveting account of the two secret visits he made to China to begin negotiations towards a possible bilateral relationship. The US, for the first time, abandoned its efforts towards complete diplomatic victory and sought positions that left room for both sides for an eventual victory and could be sold to the public on either side. Suddenly, America was playing wei qi too. The rest of the book is an  engaging narrative of how this relationship has shaped up through the decades sneaking around such milestones as Deng Xioping’s economic reforms, the collapse of the Soviet Union and the 2008 global economic crisis. During this period, the strategic need for the bilateral relationship also changed from the containment of the Soviet Union to mutual economic dependence.

Interesting to the Indian readers is what Kissinger leaves out in his story: The great tilt of 1971 in which Nixon’s America sided with Pakistan during the liberation of Bangladesh. The US needed Pakistan more than India exactly at that time because President Yahya Khan was serving as an emissary to re-establish contacts with China. Supporting democratic India would have alienated him and endangered that mission.

Tweets by @forbesindia
How Chandra Helped TCS Climb To The Top
Quest Beyond Naukri.com