Insecticides India, among the country's fastest growing agrochemical companies, intends to come up with five new molecules in the next five years 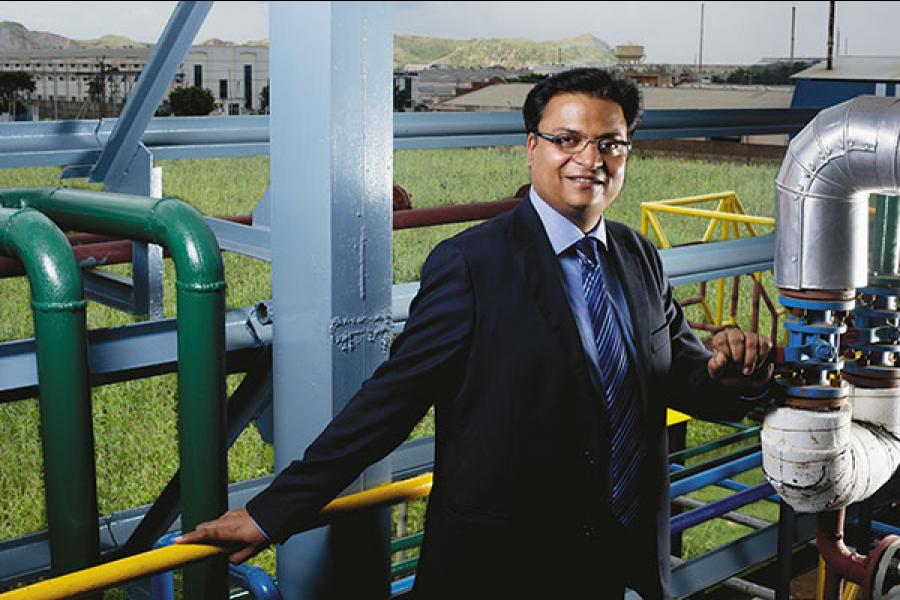 Rajesh Aggarwal is used to taking calls others would normally avoid, and then pulling them off. More than a decade ago, his father and he opted out of a family business of agrochemicals, selling their stake to his uncles for a paltry sum. They started anew and built a business, Insecticides India Limited (IIL), which is set to cross Rs 800 crore in revenues this year, and is among the fastest growing firms in the sector.

In September, Aggarwal took another step that few Indian agro companies would dare to: He formed a joint venture with Japan’s Otsuka AgriTechno to set up a research and development centre in Rajasthan to create molecules which will lead to new insecticide and herbicide products.

“My vision is to bring the latest products to Indian farmers who are becoming more aware and are willing to pay for good stuff. Of the 950 agrochemical products available globally, only 250 are sold in India,” says Aggarwal, managing director of IIL. The joint venture plans to invest Rs 500 crore in the next five years and come up with “three to five new molecules”.

It is a brave investment for anyone in the Indian agrochemical industry, which, like its pharmaceutical peers, mostly focusses on manufacturing generic products. Some of the biggest Indian companies in this sector, including Tata Group’s Rallis India that has its own R&D arm, prefer to ink marketing and manufacturing tie-ups with multinationals.

Earlier this year, Rallis opened a new facility that aims to specialise in contract research and manufacturing for its clients. Another industry major, United Phosphorus, opted to expand its business globally through acquisitions.

The reluctance to invest in ‘pure’ R&D is understandable. “Developing a new molecule is highly risky as it needs both time and money. Chances of failure are high and sometimes an investment of Rs 1,000 crore is needed to develop a single molecule,” says Satish Kantheti, joint managing director, Zen Securities, a financial services company that closely tracks this sector.

Meanwhile, Aggarwal knows that the $2 billion Indian agrochemical industry—it is the fourth largest in the world—is ultra-competitive, especially at the top. The 10 largest companies control nearly 80 percent of the market.

“If smaller companies want to survive, they have no option but to collaborate and get into R&D. Or else they will face the heat and turn to trading,” warns Rajiv Chaturvedi, chief scientist at Tata Chemicals’ Innovation Centre.

Aggarwal says, “I have noticed many companies in the sector struggling to grow after reaching Rs 1,000 crore in turnover; they also have low margins. I want to prevent that.” It is a lesson that he has learnt in the last 10 years.

THE KEY: BRANDING AND NEW GENERATION PRODUCTS
The father-son duo organised their first dealer meet in 2002 after setting up IIL, and were taken aback when only a few of their known dealers turned up. “I realised I couldn’t bank on dealer network alone. I needed to have good products to ensure brand loyalty in farmers,” says Aggarwal.

Over the years, even as he expanded his dealer and distributor network, Aggarwal went on building his product portfolio. He tied up with Japan’s Nissan and America’s AMVAC to bring in specialised products to the domestic market.

“We have three product ranges—platinum, gold and silver. While net margins in platinum are almost 15 to 17 percent, those in silver are below 5 percent,” says Sandeep Aggarwal, CFO of IIL. In the last four years, the share of platinum products in the portfolio has increased to 65 percent from its earlier 35 percent.

Aggarwal simultaneously built an R&D centre next to his first manufacturing facility on the outskirts of Delhi.

“I have been with Rajesh for over 20 years now. Very early on he realised the importance of R&D. We have been able to cut production time of many molecules to half [often called process R&D in industry parlance]. The R&D centre has also developed and commercialised insecticide and herbicide products,” says Mukesh Kumar, head of the 20-member R&D team at IIL.