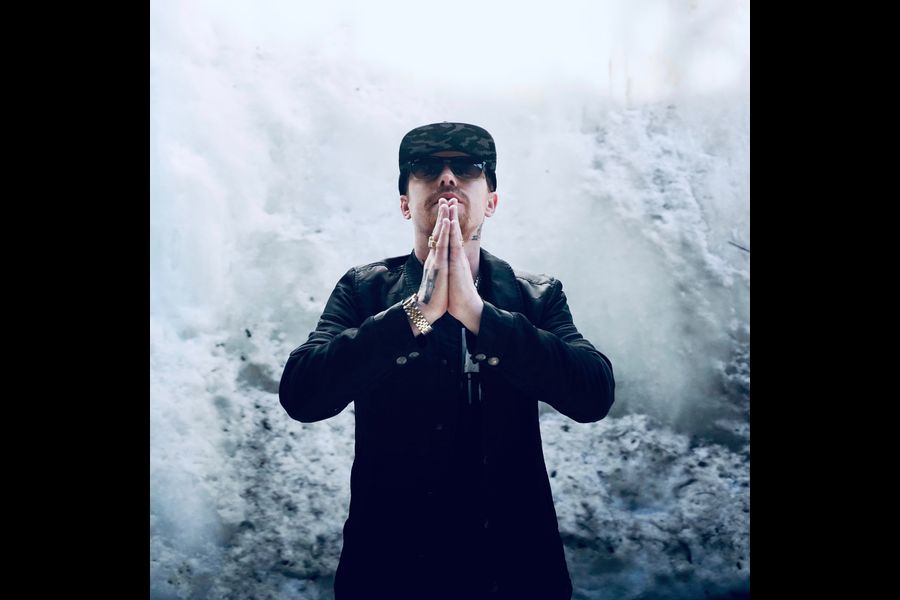 After stockpiling hit songs and learning the ins-and-outs of the music business over the last decade, Kyle Pfeiffer, known as Blacklite District, is on his way to becoming one of today’s most popular underground artists. And he does it all without the backing of a major label. The South Dakota based artist is currently enjoying the success of one of his biggest songs to date, the highly emotional and beat driven “Falling”. The song hit #3 on YouTube’s Trending chart in the USA on Pfeiffer’s 30th birthday (June 9), and went Top 30 on the charts in six other countries around the world. “Falling” was produced by Young Kxge, an up-and-coming producer from Eastern Europe. Blacklite District’s rise to popularity started on YouTube a couple of years ago when he partnered with “Rainimator”, another famous YouTuber who creates original Minecraft music videos. The pair collaborated on Pfeiffer’s song “Cold as Ice”, which went on to garner over 80 million combined streams and hit #35 on Billboard’s Mainstream Rock chart. The collaboration continued with more Minecraft videos based on Pfeiffer’s tracks “The Struggle,” “1 of a kind”, and “Hard Pill to Swallow”, all of which appear on his upcoming debut album, You’re Welcome, which is set for release on July 17 via AK19 Entertainment. In addition to being a full time artist, Pfeiffer also owns and heads his own label and company AK19 Entertainment, LLC, which is focused solely on his music, and Rob Shiner, a new artist that Pfeiffer helps produce and promote. The build to Blacklite District’s debut album has been a long time coming. He’s released independent projects To Whom It May Concern (2016), and Instant Gratification (2017) while developing a loyal and passionate fanbase that doesn’t seem to be slowing down anytime soon. Earlier this year, Blacklite District was awarded YouTube’s Silver Creator Award for passing 100,000 subscribers, a milestone which Pfeiffer had dreamed about for a long time. His channel currently boasts 145,000 subscribers and counting. As Blacklite District and his fans await the arrival of his debut album, they stay connected through his live streams on his YouTube channel, where he says he has a community of die-hard fans. All in all, Blacklite District has made some serious noise with his “outside the box” ways of promotion and marketing, and is a great example of an artist who is taking advantage of todays technology to being an artist to watch for the next generation. Disclaimer: The views, suggestions and opinions expressed here are the sole responsibility of the experts. No Forbes India journalist was involved in the writing and production of this article.

Tweets by @forbesindia
US formally withdraws from WHO, making China biggest benefactor
Transforming lives through connecting, communicating and collaborating people is an excellent platform called ROLBOL by Entrepreneur DarshanSankhala