DarshanSankhala, the illustrious businessman behind this innovative concept, is moving ahead to make a positive impact and impression in people's lives 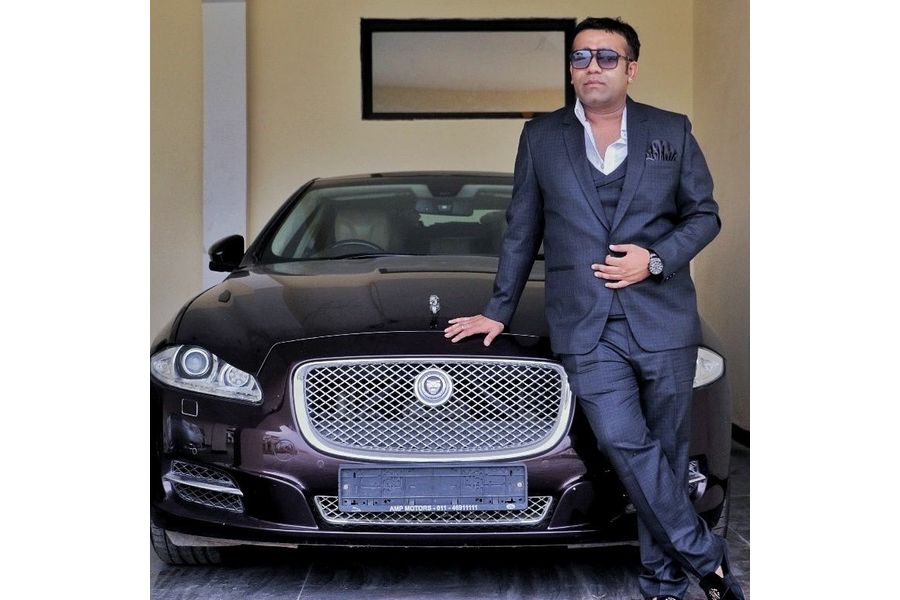 Some people carve their lives only to excel in what they do and lead a path that takes them towards success; while some other rare gems of society intend to achieve success only by making others successful.  This unique quality of thinking and working for the wellbeing of others is something which speaks volumes about the talented, knowledgeable and illustrious businessman from Raipur, Chhattisgarh, DarshanSankhala.  DarshanSankhala aims to create a different world altogether that has been introduced as "Motivational Revolution" in the form of his initiative, which is called ROLBOL - Rest Of Life - Best Of Life. This is an independent start-up community by DarshanSankhala, of people who believe in spreading joy, happiness and positivity around. It is a community filled with zestful and enthusiastic individuals coming from all walks of life and ranging from different age groups that aim to bring an impactful and impressive change in themselves and people around them. It is DarshanSankhala's innovation and brainchild that is today seen as one of the most revolutionary initiatives in the recent past where more and more youngsters are also coming ahead to become a part of the same where the platform is helping them to deal with many issues and hurdles of their lives, especially in the current trying times caused by the pandemic. DarshanSankhala has attained the status of being called an enlightened billionaire and entrepreneur of India. He is the skilful mind behind making this dream project a reality where the change begins from one ownself leading to a positive shift in others around.  DarshanSankhala manages multiple hats on his head and responsibilities on his shoulders as an astute entrepreneur. He always dreamt of creating a world where, through his and the collective efforts of all, he can create a common platform for people so that they can come together and benefit from each other. He is not just a dynamic entrepreneur, but also a traveller, reiki expert, filmmaker and producer, a certified sound healer, a host, a motivational speaker. Still, He seeks to attain many more things in life. DarshanSankhala aims to make people believe that anything can be achieved in life if only one has the faith and the ability to find the right opportunities by collaborating with ROLBOL. ROLBOL acts like an empire of ROL BOL initiative, which includes verticals like ROLBOL Talks and ROLBOL Skills. Talking about ROLBOL Skills, it is all about honing the various skills of an individual by helping them in ways more than one.  It includes making the educational modules for children much better and teaches them topics that they otherwise do not get to learn. It helps in sharpening their talents and in discovering many other skills which they can further develop and become more confident in their academic career and life. The other vertical ROLBOL Talks is where the utmost importance is given to communication. It acts as a common platform for discussing success stories from which many people can know and understand how prosperous individuals can build their career and life.  However, another variation of this is Failure Talks. It is about motivating and encouraging all those who faced many hurdles and failures in life. It serves a platform for people to discuss these failures and teach them the art of patience and courage to get through the difficult times and emerge as success stories. Whether it is ROLBOL Talks or ROLBOL Skills, it is a complete package as an initiative as it acts like a community where it aims to help people in business, help youngsters to develop their careers, provide a universal stage for sharing ideas. It is also most importantly ahead in its aim to bring together people to fight depression, discuss their problems, and unitedly work out solutions for the same to fulfil all of their aspirations in life. This year on January 12, on the occasion of National Youth Day, ROLBOL was launched successfully by Smt. AnusuyaUike, Governor of Chhattisgarh and it marked the first event ever where the Governor of a state honoured an entrepreneur.  Talking about DarshanSankhala's achievements; in the year 2019, he won the certificate of imminent for Multi-talented Entrepreneur in India from DainikBhaskar and was honoured by the CM of Chhattisgarh BhupeshBaghel. And, in 2017, Bollywood actor Vivek Oberoi awarded him with the Mumbai Global Achiever Award. Connect with DarshanSankhala Facebook and Website Disclaimer: The views, suggestions and opinions expressed here are the sole responsibility of the experts. No Forbes India journalist was involved in the writing and production of this article.