Dinesh Gupta: The Indian Bagman, gift to our nation

Mr. Dinesh Gupta till date produced more than 1.5 billion eco-friendly bag and awarded at multiple platforms for his contribution towards environment 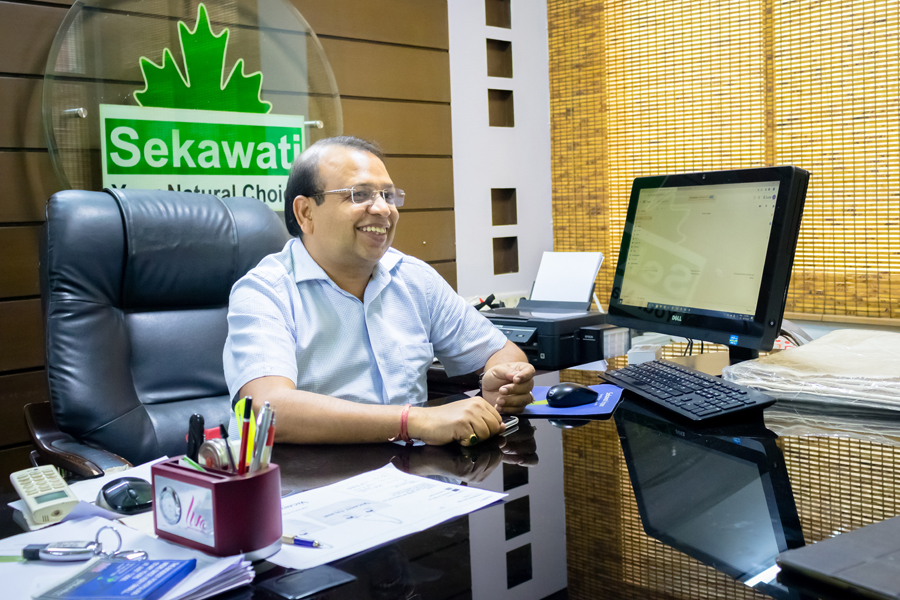 Born and brought up in a traditional joint family, Mr. Gupta was among one of the first computer programmers in India in the 1980s, just when the age of computers had made its onset in India and a revolution was about to begin. Instead of working under someone else and having a secure job, Mr. Gupta chose to start his own business. With not much capital in hand but a belief that he could go international with his business during the initial phase itself, Mr. Gupta set an example for aspiring businessmen and taught them how someone can kickstart a business even without any monetary source being available to fund the setup. In the times when the educated in computers preferred to be hired by a top-notch IT company, Mr. Dinesh Gupta or better known as the ‘Bagman of India’ chose to setup his own business, ‘SEKAWATI’, which aims at protecting the environment by making a Plastic Free India. The mantra to his success can be said to be hidden in his noble idea of protecting the environment. The slogan of his company reads as, “We do business but take care of the environment too!” His success, sincerity and credibility can be attested from the fact that his first ever customers Debco Bag, Canada continue to work with him even today. Sekawati was born in 1991 and has till date produced more than 1.5 billion eco-friendly bags which could be a world record. They are one of the most trusted suppliers of canvas shopping bags, cotton canvas bags, canvas bags wholesale and aprons across US, Canada, UK, Italy, Japan, etc. They produce as many as 30,000 bags a day which are in line with latest trends and fashion. Their USP lies in acquiring an unconquered position in the global marketplace in terms of quality, variety, and style. Taking proper quality control measures and delivering the best-in-class quality bags and aprons is their way of attaining and ensuring complete customer satisfaction. They believe in giving back to the society in the form of not just producing environment-friendly products but also giving employment to thousands of women, who can work from home. He feels proud to have motivated several youths and has given them tips to become a successful entrepreneur by imparting self-confidence, motivating them to stay determined and positive attitude. He has also been actively involved in social work of distributing free cotton bags to combat the issue of single use plastic bags by thousands of people. Ever since the Covid-19 outbreak in India, they have been making and distributing cotton masks free of cost to different NGOs; so far the number is 20,000+.

Awards and Recognitions: His wife Pramila Gupta has been his business partner since the beginning and now his son Anshul and daughter Kajal, MBA from UK and Australia, have joined the family business and and are ready to lead. In support of PM Narendra Modiji's dream to make India free from single use plastic, a campaign called the 'Single Use Plastic Free India' was launched by Madhya Pradesh's CM Shivraj Singh Chouhan ji, of which Mr. Gupta is an avid participant and supporter. Sekawati Impex, G82 Garment Zone , Sitapura industrial Area, Tonk road, jaipur www.sekawati.com Info@sekawati.com Disclaimer: The views, suggestions and opinions expressed here are the sole responsibility of the experts. No Forbes India journalist was involved in the writing and production of this article.

Tweets by @forbesindia
Cyclone Nisarga: A checklist of what you need to be prepared
Credin - The need of the hour fintech platform