Imani Wj Wright is a multifaceted personality, who has combined a passion for music and writing that translates into a ravishing composite of success 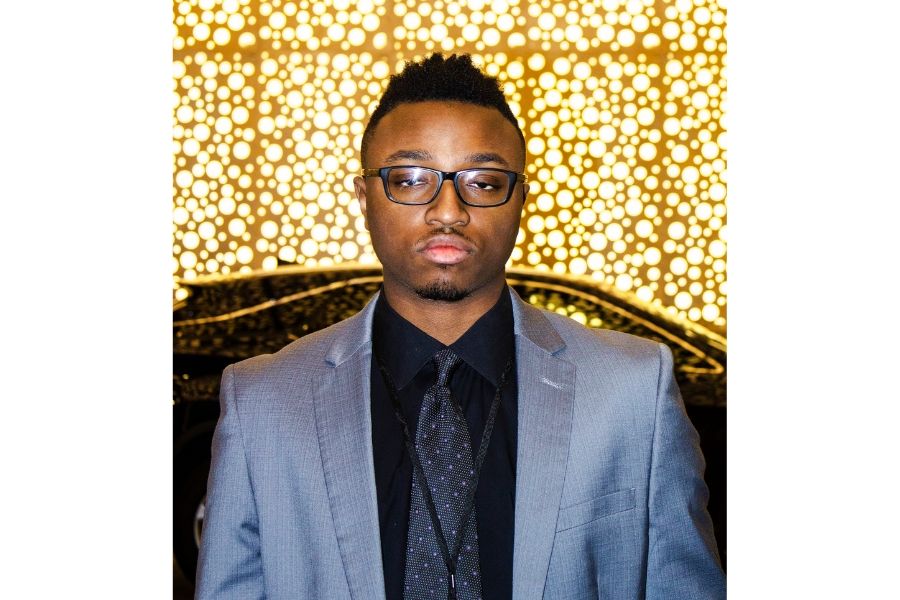 Photography by Madeline McQuillan Wright is a classically trained 21 year old musician from Baltimore, Maryland who's won numerous accolades for his musical skills. One of those accolades being from The Peabody Institute of Johns Hopkins University, conferring him with an “Outstanding Performance’’ award. Some of his musical performances also include a headlining show at the Kennedy Centre, on August 24, 2019. This well received performance fused elements of Opera, Jazz, and R&B. It included his most known piece "So I Thought", and an array of other pieces written by Wright. He also boasts an impressive track record, having  performed in 10+ Sofar Sounds cities across the United States, including a scintillating performance at their 10th Anniversary show in Seattle,Washington. A crowd can be heard roaring as he and bandmate Muammar Muhammad execute their acoustic rendition of ‘Motherless Child'. An International Sofar Sounds Show is also on the cards and will be executed once the current pandemic is in control. Imani's debut Live Album- “Imani Wj Wright Live at the Kennedy Center“ is slated to be released on June 1st, 2020. Fellow Band members, Muammar Muhammad, Kay L.A., Robert Wooden III, and 4TAE are all on the project. Photographer Lukey Lenz is credited for the album cover. Imani has had the opportunity to interact with renowned artists such as Travis Scott, Pusha T, and Khalid. He simply attributes it to his persistence in the business.  "Being in the presence of those who have accomplished some of your aspirations is always productive. It's one thing to see them through a screen or at events, but when you have the ability to speak with them and see how they interact with others, you begin to realize how attainable [your desired career] truly is. Constantly researching what's happening in my field, sending emails, and intense networking are all tools I've found to be undeniably beneficial." Wright stated. His writing skills and excellent communication manifest itself in his career in journalism. Imani is currently a journalist for The Afro –American Newspapers. During his journalistic career, he has obtained several noteworthy interviews with distinguished figures such as Martin Luther King III, Dr. Leana Wen, H.E.R, and Lynn Whitfield. He writes on a wide range of subjects spanning Arts & Entertainment, Opinion & Editorial, and Politics. He is also a TED Speaker and has given a talk on his intermingling of music and writing at York College of Pennsylvania.  Wright explained: "During my adolescence, I can't recall anyone in my environment mentioning journalism as a profession, let alone something to pursue. My TED Talk, which is titled: Erasing the Myths of Writing, examines several key factors to becoming a more fluent writer. Though writing was the leading focal point, the underlying tone I had for my American audience involved perception and misconceptions within certain demographics."  Along with these diverse accomplishments, Imani combines another venture as the Founder of “SwanoDown” a clothing line, blog, and production company focused on the principles of Virtuosity, Idealism, and Progression.  Imani Wj Wright is poised on a springboard of success- carefully balancing passion, talent and commitment. Instagram: https://www.instagram.com/imaniwjwright1/ SwanoDown Website: https://swanodown.com/ Disclaimer: The views, suggestions and opinions expressed here are the sole responsibility of the experts. No Forbes India journalist was involved in the writing and production of this article.