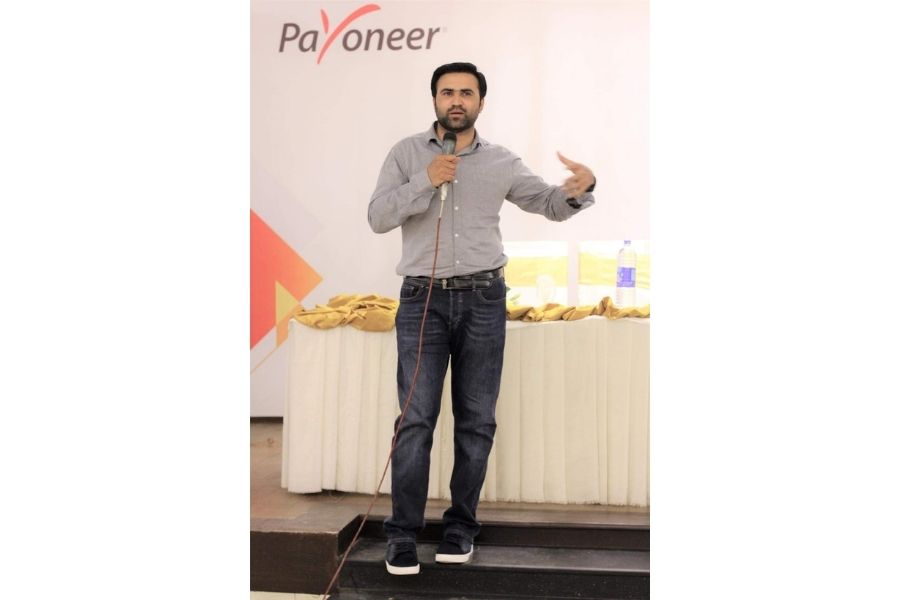 Mediocrity is lived by most of us who aren’t sure about dreams. Those people don’t progress according to the needs of time and lag for multiple reasons. In return that no matter how good of a life one lives, he doesn’t cherish it and stays upset. Unlike those people, Nandla, a young man full of energy in college learned what he wants from life. A passion that enthralled in him was far bigger than the obstacles to achieving his dream life. That is how a caterpillar learned the art of flying wings. Unique Success Story of M. Tanveer Nandla Every story has a hero and a villain. However, in this story, there wasn’t a villain. Strange, right? Are you wondering as to what actually happened that there is no villain in the story? If yes, let us tell you that it is all because of Nandla’s mindset that led him to aspire towards success – living a life of dreams and never let mediocrity enter his life. The best part about his life is therefore the way he solved issues and made an impact on others as well as own himself. The story starts with his birth and heart disease. He, being a miracle baby survived and led an amazing life full of bounties and mercies of the creator. By the time he completed his high-school from a local institute in his village, he was sure that he has to live larger than life. Instead of going for engineering, he opted for IT, computer studies; which was relatively newer in his times. The vision and mission of his life were defined at a very young age, the age when kids are mostly thinking about fancy possessions. Life started its course on Nandla and he finally got done with graduation in 2010. What happened in 2006 was just a beautiful entry though! You must be thinking he would have met the love of his life in the form of a person, but no! It is indeed true that an extraordinary setting took place – Orkut. Yes, Orkut happened to him in 2006 which changed his life. His mission and vision took another level where there was no backing out. Since then, he is blogging and earning online through different channels. Achievements of Nandla’s Life Time beautifully transformed him into a man who started earning a six-figure salary from online means in the span of only four years (2006-2010). Later, he realized the melodramas and messed up notions of the world and understood that the future is not about anything but digital marketing. Hence, from 2010 he focused more on earning online and worked so hard that in 2019 he was given the title of “Best Blogger of Pakistan” by the KPTI Board of Peshawar, Pakistan as well as the World Bank. eJustice and iSkills added value to the core accomplishments of blogging. At first in 2006 he got familiar with Google’s product Adsense and later, he started instilling and giving back to the country fellows. He with nobody’s help; financially or professionally, took a step towards his defined success point. After acquiring enough knowledge, skills, and experiences, he took the initiative of teaching digital marketing and blogging to young adults. Today in 2020, he is proud of imparting one of the kind knowledge, studies, and information regarding digital marketing. iSkills is the famous learning hub for those who are new in the industry and want to get acquainted with digital marketing. Intending to impart knowledge and educate young adults about digital marketing, he also has a heart that loves to help others. Seeing people deprived of basic justice paved the way towards making of a remote platform, eJustice. This is where anyone can file a case and get a consultation at their doorstep. Both these ventures are famous in their own capacities and that is how Nandla is returning favors to the country. Challenges of Life – Mediocrity to a Dream Life Challenges are the dots that connect a person to the peak of success. Without them, not a single person can hit the iceberg. However, perspectives matter. For Nandla, challenges constituted as heroes of his unique story. The moment he decided to quit the idea of becoming an engineer, he moved on to the IT industry which at his times was new to the world. He didn’t have a mentor to follow steps, shortage of funds, lack of opportunities and resources, and absence of internet were some of the main hindrances towards success. But he didn’t lose hope and took them as experiences to learn from. He is an inspiration for many of us because of how he manifested hard work, passion, and determination in the oddest conditions. Are you excited to know about his life? Do you want to connect with him and learn digital marketing and want to enroll yourself for the next batch? If yes, don’t worry. Here is his Instagram handle and Facebook link. The pages slugged ‘Brand Connect’ are equivalent to advertisements and are not written and produced by Forbes India journalists.