Essa Merchant: A Mastermind of the Telecom Industry

His local network spread out to a pan-India reach, and even then it passed the national & international borders 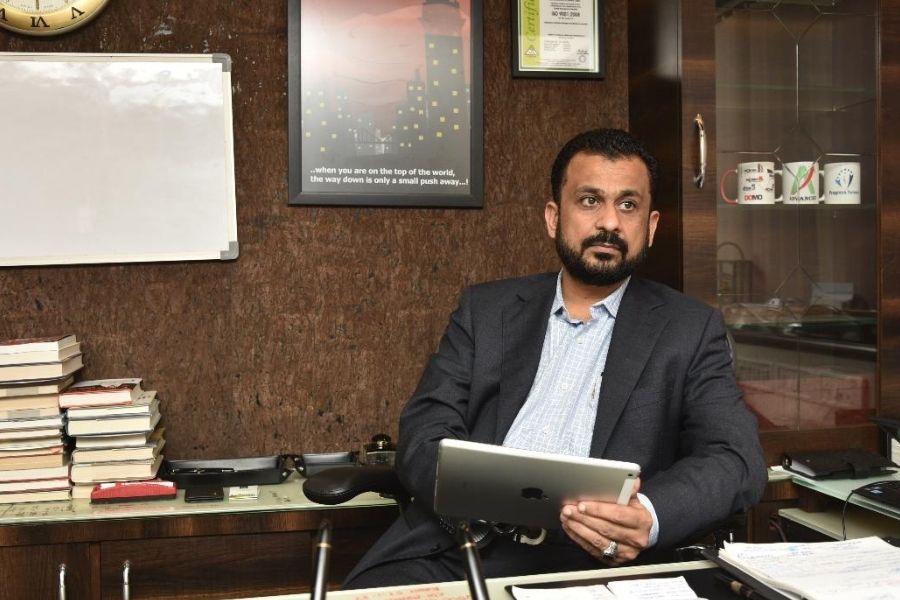 The telecom industry is a changing game -- one day it offsets one trend, the next day it gives rise to another. Throughout this change, there has been one man who has consistently been one step ahead: Essa Ismail Merchant, the MD of ‘Advanced Computers and Mobiles India Pvt Ltd’ – a legacy brand within the telecommunication industry. Mr. Essa Merchant is seasoned expert, backed with over 25+ years of industry experience, but he’s most prominently known for bringing in partnerships on a nationwide scale with internationally recognized brands like Lenovo, Blackberry, Alcatel, Meizu, Philips, Motorola, HTC, LG, and many more. He’s also the recipient of many industry acclaimed awards, and his brand, Advanced Group, presently boasts about their pan-India distribution network that flows through both online and offline channels. But such a success wasn’t easy to come. It took many years of perseverance, hard work, and a kind of work ethic that was nothing less than excellent. Essa Merchant began his journey with just some cash that he had borrowed from his dad. He then invested some of it on his stock of pager phones, and the rest went towards hiring experienced bikers who promised last mile delivery options that were much quicker and a lot faster than any other delivery option that had come into the telecom industry before. The introduction of this delivery option was an instant success! It is, what he believes, the key that allowed him to be recognized as one of the most distinguished early-entrants in the industry. Fast forward to the days when feature phones and smart phones launched -- Essa Merchant already had his distribution model set in place, and international brands that came to India, looked forward to joining hands with him. His local network spread out to a pan-India reach, and even then it passed the national borders and extended to many other parts of South-East Asia. Mr. Essa Ismail Merchant joined hands with several well-established brands, and gave rise to many success stories in India. His name, through these years of hard work, became well-respected and well-acknowledged amongst his peers -- he was soon regarded as an industry veteran. Mr. Essa Merchant says that he’s extremely privileged to be given this opportunity, and that through these years of hard work, he’s gained the wisdom of a lifetime, learnt so much, grown through many successes and failures, and has been grateful enough to meet many respected and distinguished people along the way. And now, with over 25+ years in this industry, he’s taken a minute or two to reflect back on all the favorable opportunities life has presented him with. And to celebrate this, he’s chosen to reflect back and give back to the community by creating a blog-site on his name, where he leaves his wisdom, insights, thoughts and advice for the younger generation, for his peers and for his partners. He’s always up for friendly discussions, thoughtful insights and many suggestions! You can find him at EssaMerchant.com, where he leaves his lifetime worth of lessons for his readers, friends, and followers.  The pages slugged ‘Brand Connect’ are equivalent to advertisements and are not written and produced by Forbes India journalists.