CEO, Strategic HR Specialist, Author and Counsellor is now on a quest to launch Certification for Process Quality Standards (PQC) and ICON award for high achievers 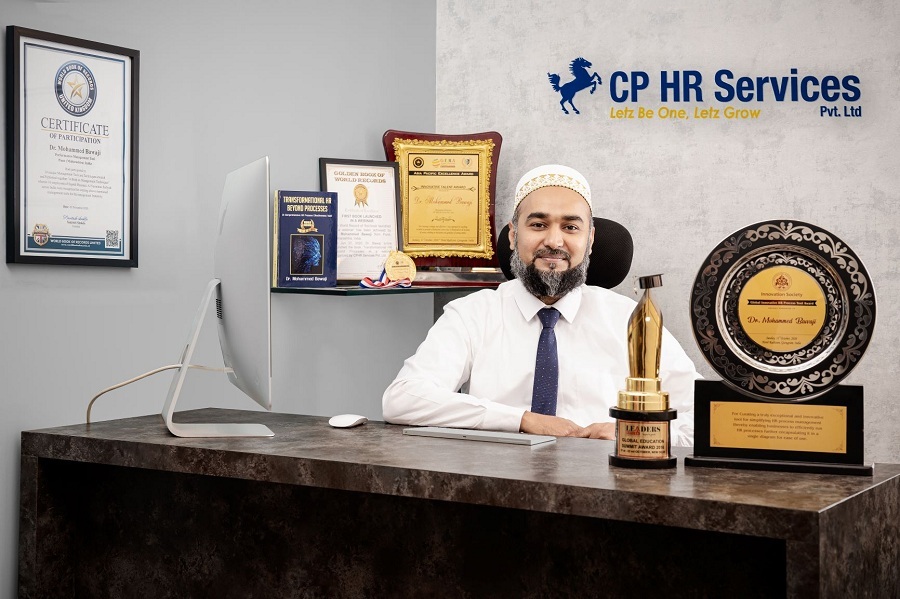 For over a decade Dr.Mohammed Bawaji has been not only an entrepreneur but a pioneer in developing transformational HR processes and authored ten books for corporate and academic use. While he is constantly intrigued by HR and its processes, he has also developed nine short online courses out of which two have gone on to win recognitions and awards. A strategic human resource specialist, career coach and educationalist, Dr.Bawaji also serves as an HR and Talent Acquisition advisor to many companies including fortune 500 companies. In the last decade he has bagged several prestigious awards and accolades for his work, the Indo Global Young Entrepreneur award being the most notable. In 2020, as the online academy was launched and courses devised by Dr Bawaji became live, The HR Process Effectiveness Tool and the 7 Step Approach to Counseling received prestigious awards by Innovation Society India and the Asia Pacific Excellence Award.  At the end of 2020, a book launched by Dr Bawaji earlier that year, “Transformational HR- Beyond Processes” became a world record holder for being the first of its kind to be launched via a webinar. The academy then received accreditation by the esteemed Quality Certification London, thereby making all courses recognized globally. The reverie did not end there and CPHR Services Pvt Ltd became the Official Auditor in India for Quality Certification London. The company which started 15 years ago as a recruitment company now has a variety of offerings under its umbrella. CPHR Services Pvt Ltd includes Career Consulting, Collaborator Kit, HR Process Auditing, Process Quality Certification, Business and HR Consultations, Background Verification, Trainings, Online Academy and Strategic Business Associate program. What’s Next? Dr Bawaji doesn’t believe in letting progress even pause for a second, his next endeavor is a brilliant I.C.O.N award for high achievers in their field. He is also writing his next book which is a sequel to the award-winning book “Transformational HR Beyond Processes” which is based on making the twenty-one elements of management quantifiable. Dr Mohammed Bawaji has been able to reach his academic programs to a number of schools in the villages of Maharashtra where he provides these at no cost. He aims to reach far more schools and institutes in this year so those teachers who do not have access to counselling programs can receive the same enabling them to help and guide their students in the right path to career planning from an early stage For further information please visit us at www.cphrservices.in, The pages slugged ‘Brand Connect’ are equivalent to advertisements and are not written and produced by Forbes India journalists.