Joys and Pains of being self-motivated 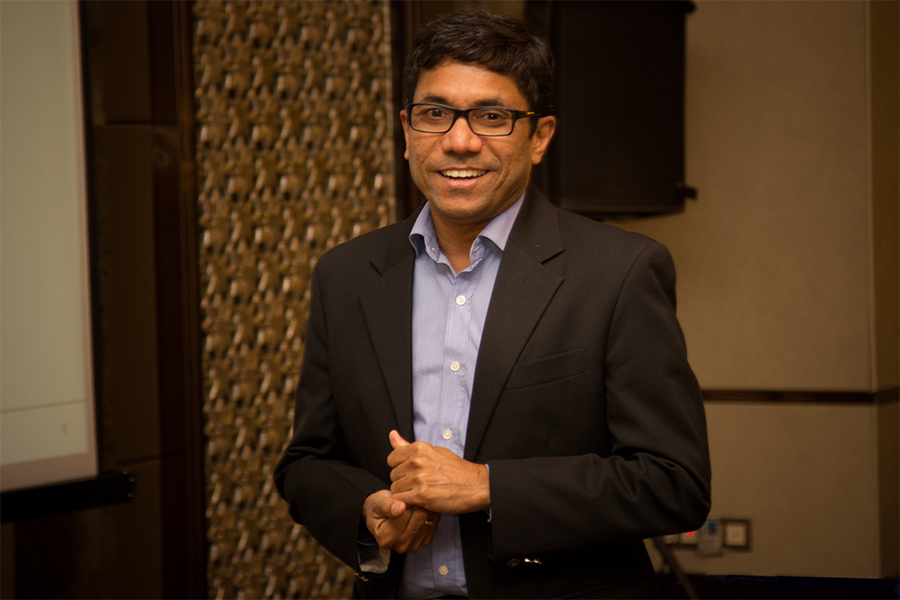 Almost two decades into the business— Rajeev Agrawal, Founder & CEO, Innoviti Payment Solutions Pvt Ltd has revolutionised the payment solutions market with his innovative ideas; Website: www.innoviti.com Growing up in a household where education, hard work, honesty, and frugality were valued, Rajeev, who had a keen interest in photography, electronics, philately, movies, and music joined Raman Research Institute (RRI), Bangalore in Radio Astronomy after his B Tech from IIT Bombay. Rajeev’s brilliance can be justified by appreciating the time, he took to complete his Ph D in three years from IIT Bombay (fastest in its history in 1995). After being around some great noble laureates from across the world at RRI, Rajeev was left highly motivated and inspired. Post his Ph D, he joined Sasken Communications to set up a group in Digital Signal Processing for them in 1995. Two years later, the CEO at Sasken asked Rajeev to set up the very first product team to develop ADSL (Asymmetric Digital Subscriber Line) Technology at the company. However, with meagre sales of the product, Rajeev was given two choices. Either to sell the division to a technology company or to try selling the product himself. Choosing the latter, the seed to Rajeev’s future entrepreneurship was sown. After turning the product into one of the most successful ones for Sasken in a span of six months, Rajeev was contributing 25 per cent to their top-line and more than 80 per cent to their bottom-line. The product was licensed to 2Wire (US’s #1 ADSL modem provider), Intel, Cirrus Logic, and various other companies. Rajeev discovered the joys and pains of creating a product business while trying to sell ADSL. He was also disappointed to see that India was not supplying software products abroad and so, he decided to explore the opportunity and thus, Innoviti was born. The struggles increased but the faith in the productivity of his team helped Rajeev continue treading the path that he had chosen. With Innoviti, Rajeev’s series of highs and lows continued till 2015, when he built it back after two major setbacks, which cost him his valuable team and partners. However, this time it was backed by Mr N R Narayana Murthy’s Catamaran fund. The Biggest Risks of His Life The first biggest risk was starting Innoviti in 2002 without sufficient capital in hand and no surety of success. In 2007, the market crisis forced his partners to go their independent ways but Rajeev fought alone to revive the company. In 2008, Innoviti was introduced to Reliance when they were looking at developing a payment solution. Having only developed hardware in the communications space, this project was a gamechanger for them. Taking the risk of working upon Reliance’s idea of a central payment system that could manage stores across the country was both exciting and challenging. Reliance continues to use the system even today. This transformed the company from being an embedded company to a payment solutions company with over 5 per cent of all payments in India and more than 30 per cent share of consumption paid for digitally in the Fashion and Apparel category. Another risk that Rajeev took was in 2019 when he decided to move beyond corporate retailers to general trade stores. Reaching out to them through trade channels rather than direct sales, a thorough business model was chalked out that was pricier than what they were providing to the corporate customers. The company had committed significant resources to this initiative despite being hit by COVID. Team Innoviti is still excited about the transformation of the company from a corporate to corporate + retail-centric company, and from direct selling to direct + channel sales company. Identifying the Opportunity The opportunity to use a payment transaction as the point where the marketing offers of the brand, bank, and merchant chosen by the customer in the transaction are validated and applied was the big breakthrough spotted by Innoviti, that turned payment transactions into a marketing platform, that could help merchants acquire customers faster and more efficiently than possible otherwise. The pages slugged ‘Brand Connect’ are equivalent to advertisements and are not written and produced by Forbes India journalists.

Tweets by @forbesindia
Meet the women of Dalal Street
From Delhi to Gujarat, a look at night curfews across states amid Covid-19 surge